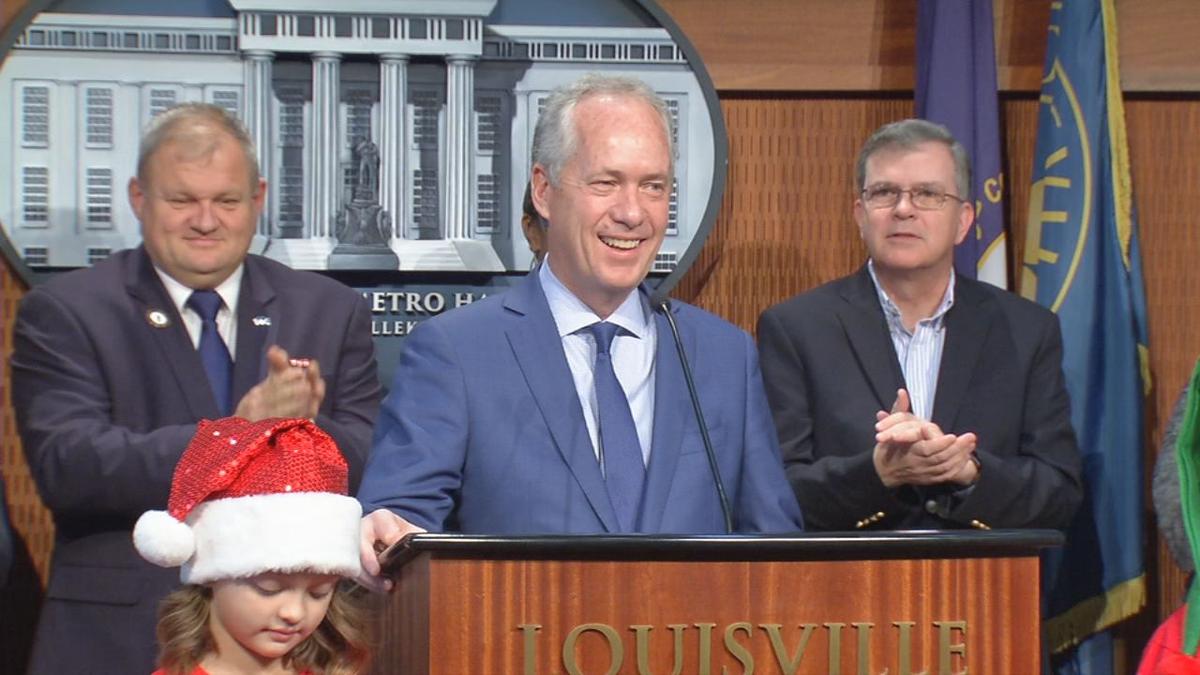 LOUISVILLE, Ky. (WDRB) -- Santa Claus is coming to town early to help kick off the 39th annual Light Up Louisville.

Mayor Greg Fischer's Office announced Thursday that the city's largest holiday gathering, which includes a new Holiday Village this year, will return to Jefferson Square Park, outside Metro Hall in downtown Louisville, on Nov. 29, the day after Thanksgiving, starting at 3 p.m.

Families are invited to Santa's children's workshop at Sixth and Jefferson streets, where kids can make crafts, decorate cookies and write letters to Santa. The Holiday Village will also offer crafts, treats and other gifts for sale.

The annual Lots of Lights parade will take place at 6:30 p.m. at Fourth and Liberty streets followed by live performances.

At 8 p.m., Santa will arrive to light up the city.

"He loves that moment when tens of thousands of lights, including the beautiful city Christmas tree, all light up, and it's a magical moment," Fischer said. "Time stands still, and we all feel like kids when that happens."

This year's city Christmas tree is a 45-foot Norway Spruce donated by the Rogers family of Jeffersontown. It will be transported to Jefferson Square Park on Friday morning.

Entertainment and other festivities will continue from 8:30-10 p.m., including photo opportunities with Santa inside Santa's House at 6th and Jefferson.

Other holiday traditions taking place across the city this year include the annual Lights Under Louisville at the Louisville Mega Cavern and Moonlight Cruises aboard the Belle of Louisville and the Mary Miller.