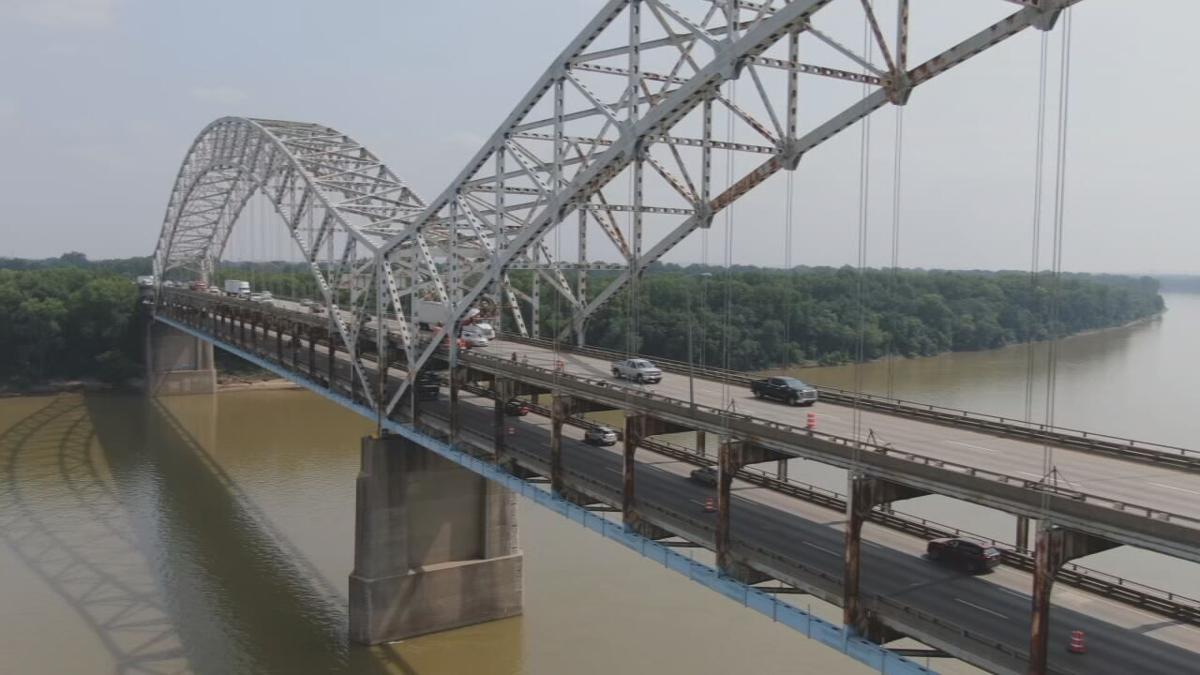 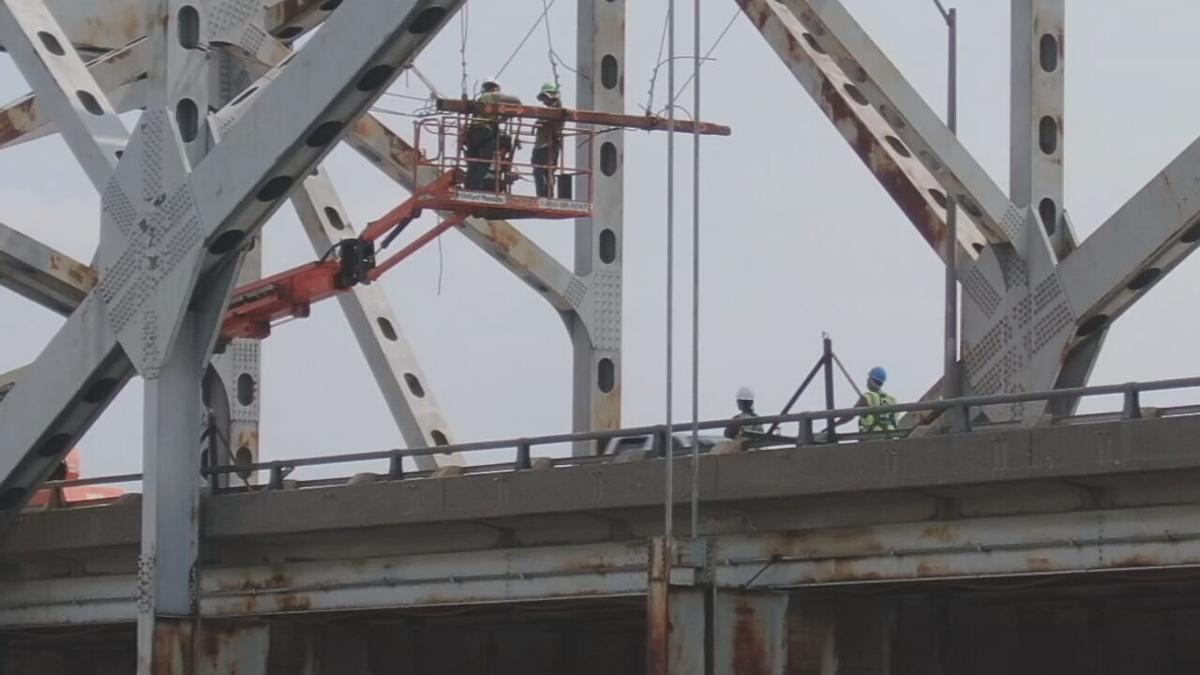 Pictured: crews work on the Sherman Minton Bridge in July 2021.

Pictured: crews work on the Sherman Minton Bridge in July 2021.

LOUISVILLE, Ky. (WDRB) -- Drivers in Kentuckiana have been warned about potential delays for months and now, they're starting to happen.

Even on day one of lane closures on the Sherman Minton Bridge, construction was backed up for several miles in both directions.

Now that ramp improvements are completed, the Sherman Minton Renewal Project is preparing to begin Phase One of the multi-year renewal plan.

"Painting is actually a really big part of this major rehabilitation project. Everyone that has driven over the bridge has probably seen some of the rust that's accumulated over the years, so painting is not only there for an aesthetics reason but it's also there to protect the new steel that will be put on the bridge through this project," said Andrea Brady, project spokeswoman.

During this time, one lane in both directions will be closed during the day with two lane closures possible at night.

The only way around the backups would be to detour several miles on Interstate 265 to I-65. Once there, drivers will have to decide between potentially sitting in more traffic on the 2nd Street Bridge or paying a few dollars to cross using the Kennedy Bridge.

"With any restrictions that's in place, there's going to be some delay, there are alternative routes set up, so that comes with any type of project like this, but that will change as we get closure to Phase One," said Brady.

Brady says while the preparation for Phase One is ongoing, she encourages drivers to try out alternate routes to be prepared when the major work begins.

When it's all said and done, construction is expected to add 30 years of life onto the 59-year-old bridge.

Brady says those with the project are committed to notifying the public well in advance of any updates or potential delays.

To sign up for text and email alerts regarding the project and possible traffic delays, click here.