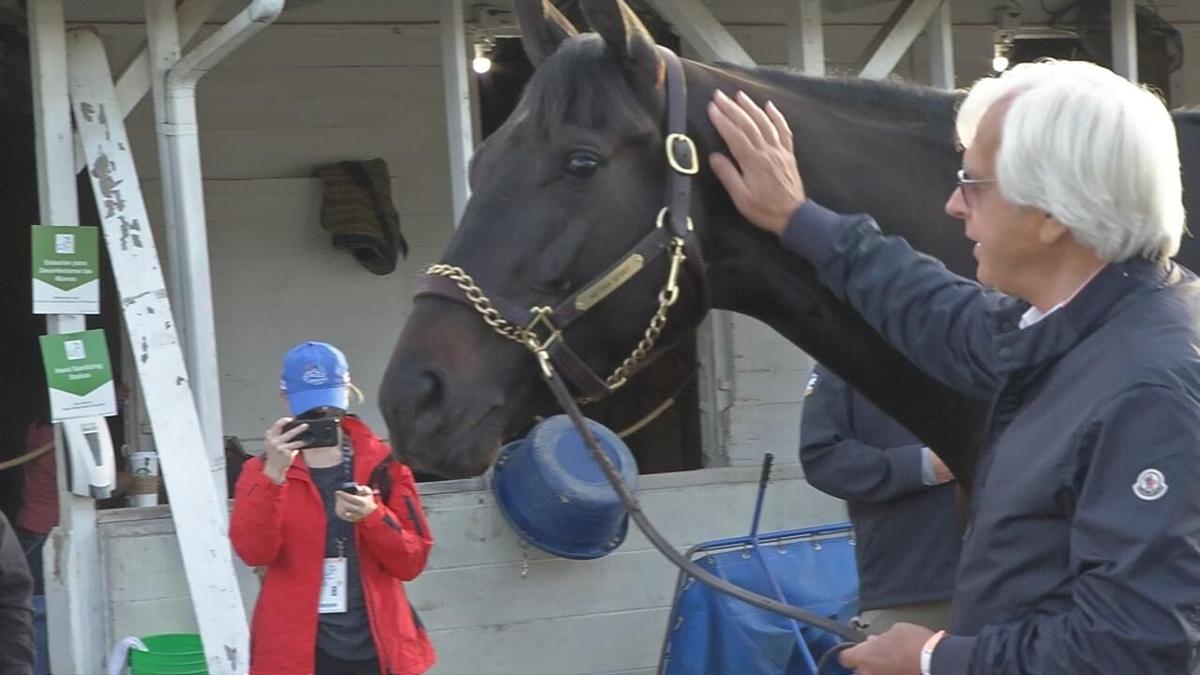 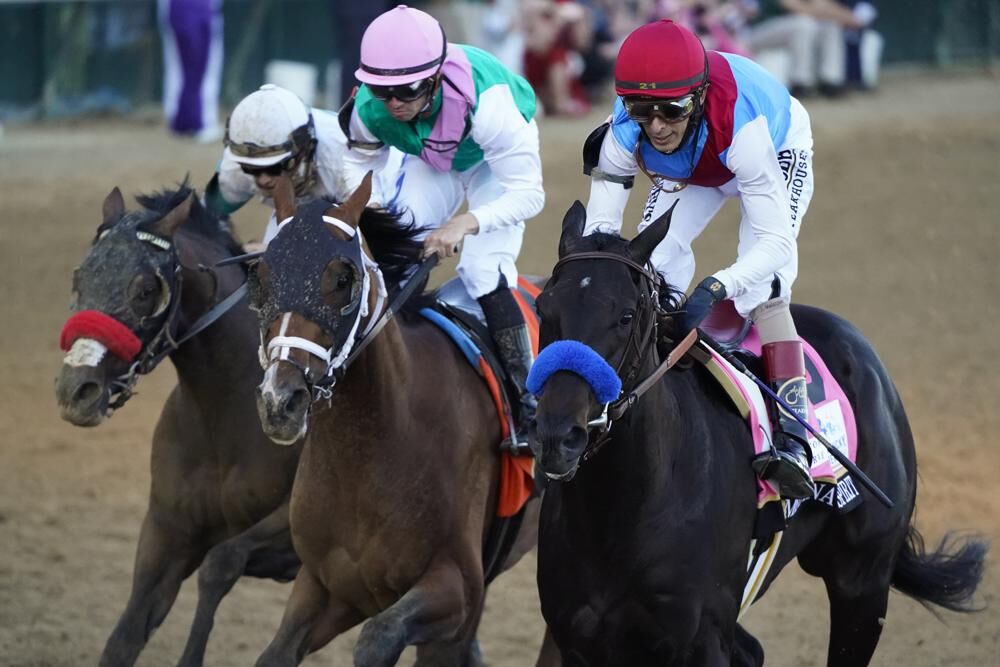 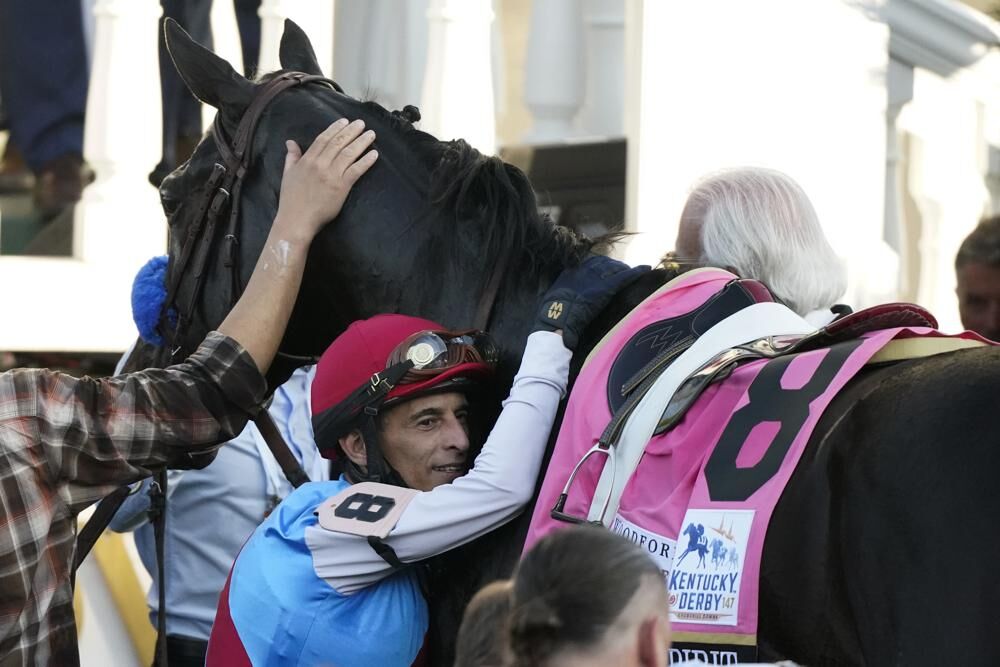 Jockey John Velazquez hugs Medina Spirit in the winner's circle after winning the 147th running of the Kentucky Derby at Churchill Downs, Saturday, May 1, 2021, in Louisville, Ky. (AP Photo/Jeff Roberson)

Jockey John Velazquez hugs Medina Spirit in the winner's circle after winning the 147th running of the Kentucky Derby at Churchill Downs, Saturday, May 1, 2021, in Louisville, Ky. (AP Photo/Jeff Roberson)

LOUISVILLE, Ky. (WDRB) -- The scene around Bob Baffert's barn 33 at Churchill Downs Sunday morning was not quite as raucous or crowded as in some other years, but we're still getting through a pandemic. And that doesn't mean it wasn't as satisfying as as his other six Derby wins.

"I mean the Derby's the only race where it's like Ricky Bobby. If you're not first you're last," said Baffert. "You don't think about second, third or fourth whatever. You just think about that win. So you have to appreciate these moments because you never know when you'll be back again with a good horse."

He didn't really believe this horse was good enough to get him there this year. Maybe get on the board, but not in the winner's circle, not coming off a somewhat disappointing Santa Anita Derby.

But Medina Spirit went gate to wire Saturday to give the Hall of Fame trainer his record seventh Kentucky Derby win. It was part of a stunningly successful day for a trainer who has had a stunning amount of success.

It was Baffert's second grade one victory of the day. His first in the Derby City Distaff gave him 220 grade one wins, breaking a tie with his longtime friend D. Wayne Lukas for the all-time North America mark. He also won a third stakes race with DuJour, a horse co-owned by his wife.

"An owner came up and said what should I expect," said Baffert. "I said 'expect for a beatdown' because you never know. The Derby's crazy. And that's what I tell all my people because when the gates come open you don't know what's going to happen.

"I think Medina just said 'hey boys, you better, I'm a lot better than you know'. He found another gear."

Baffert said the horse came out of the race in good shape and if that continues, then a trip to Baltimore for the Preakness on May 15 will be next.

"We all went nuts that last hundred yards," said Baffert of the celebration where he and family and friends watched the race on the big screen in the paddock. "It felt like it was my first derby ever. I mean we were just going crazy.

"He's just a blue-collar horse but he's got the heart of a champion. He reminds me of Silver Charm (his first Derby winner in 1997), just digging in and would not let those horses pass him. Just another Kentucky Derby dream that came true.