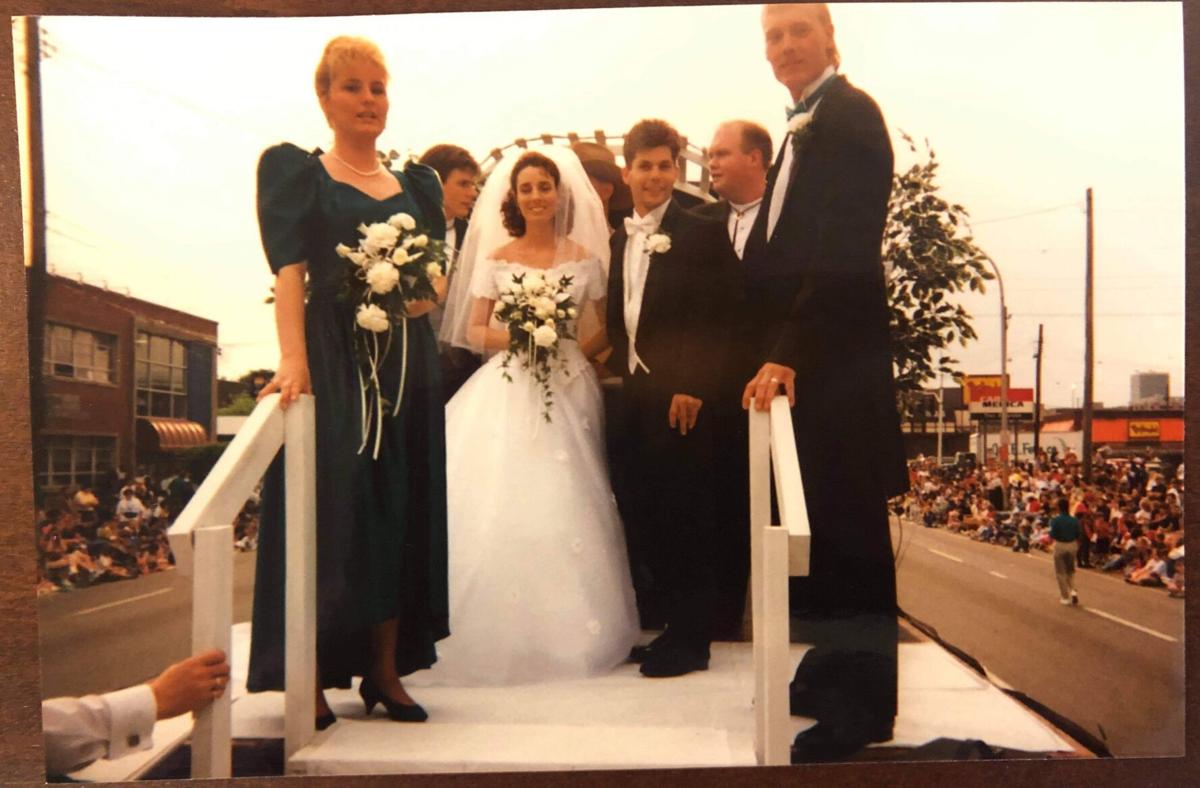 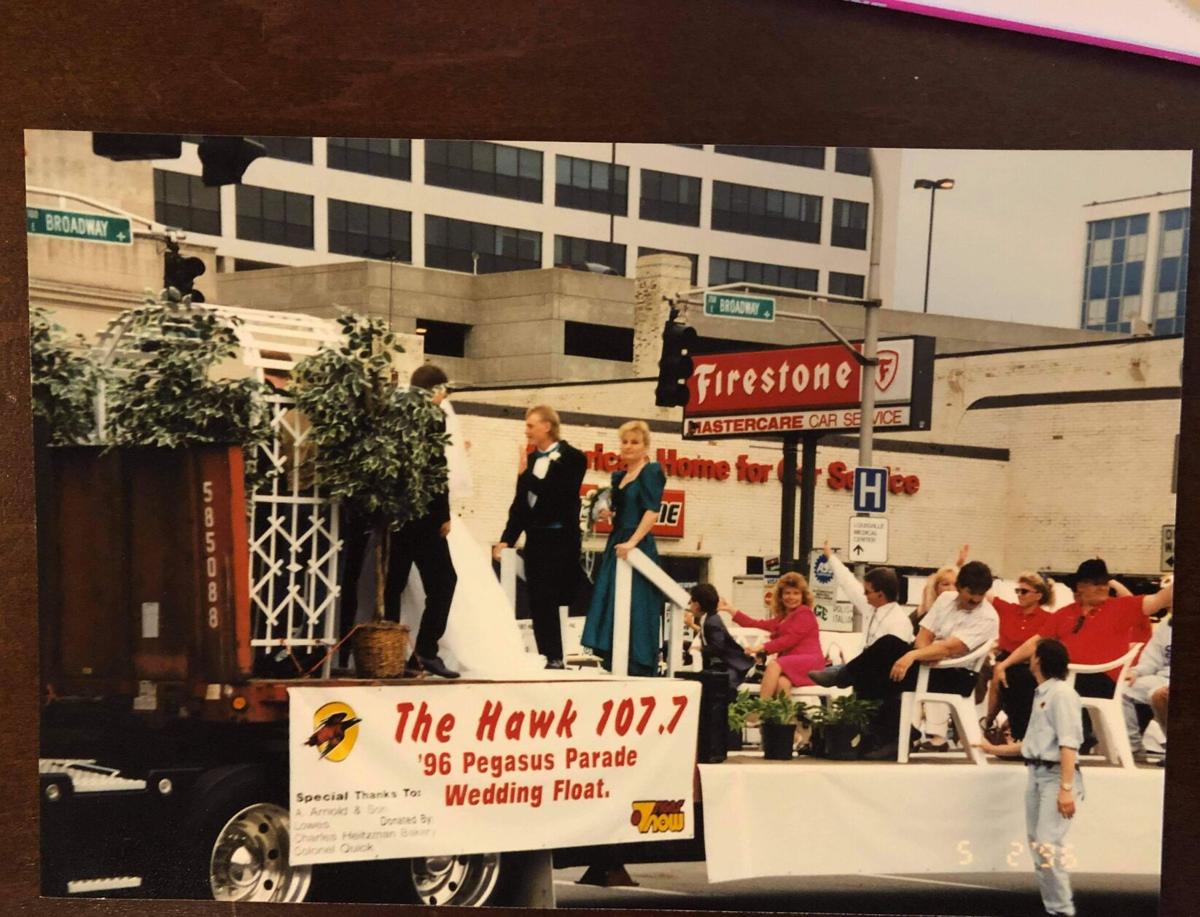 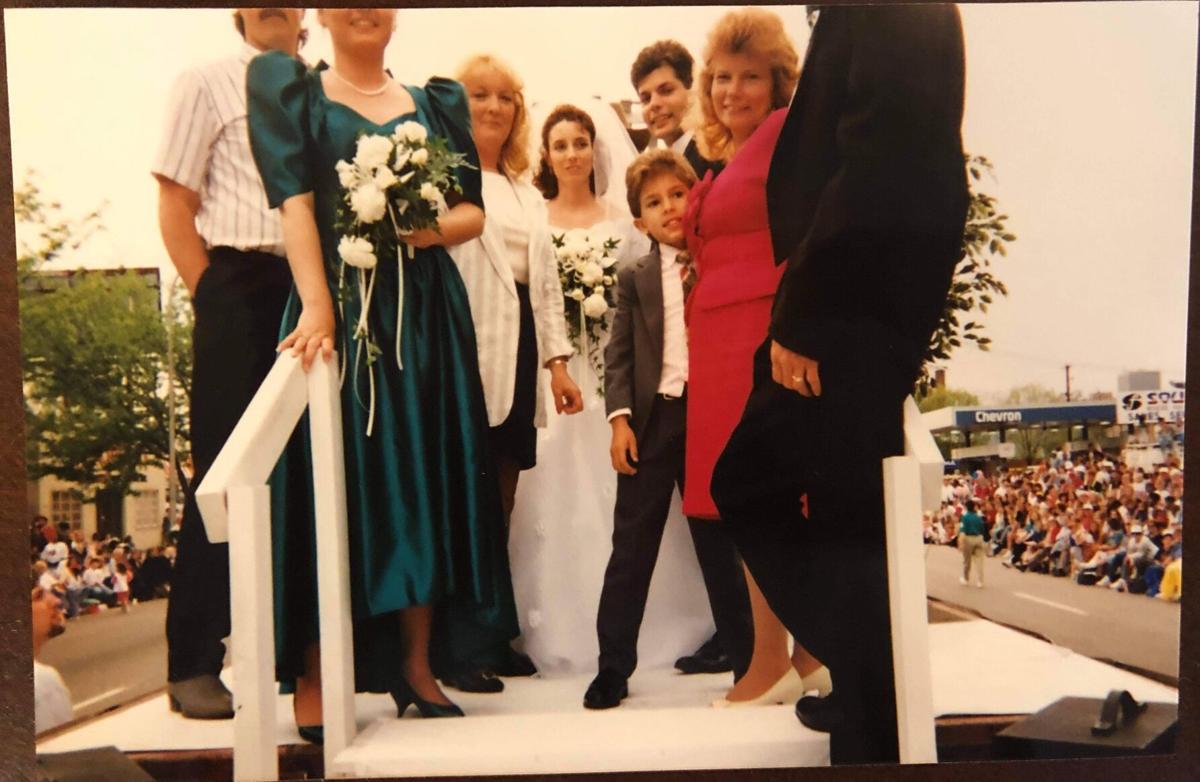 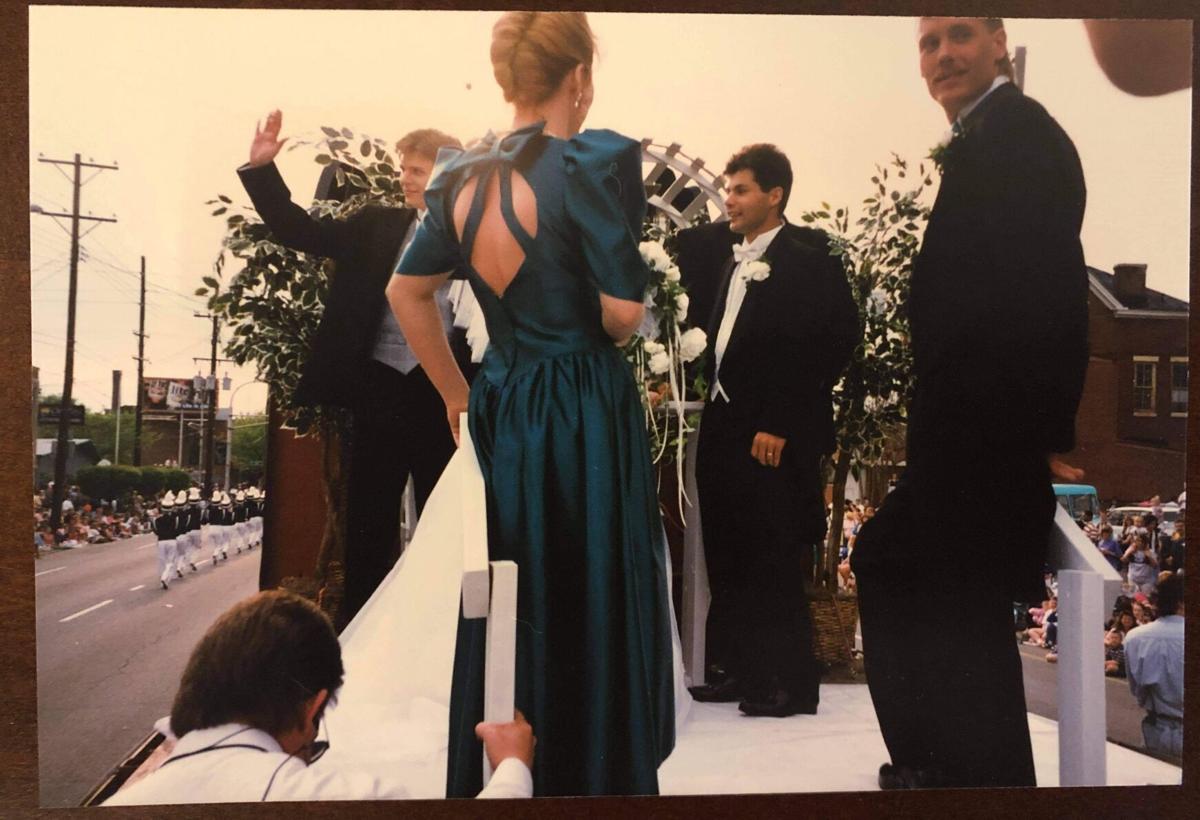 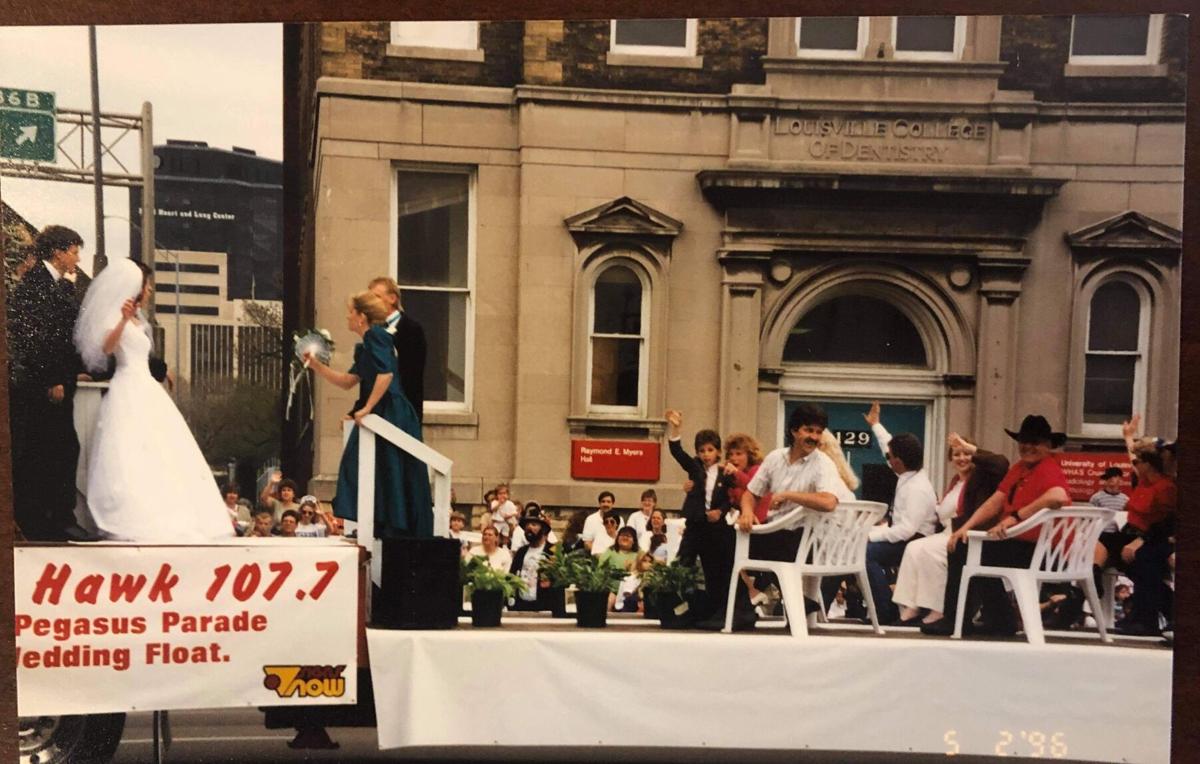 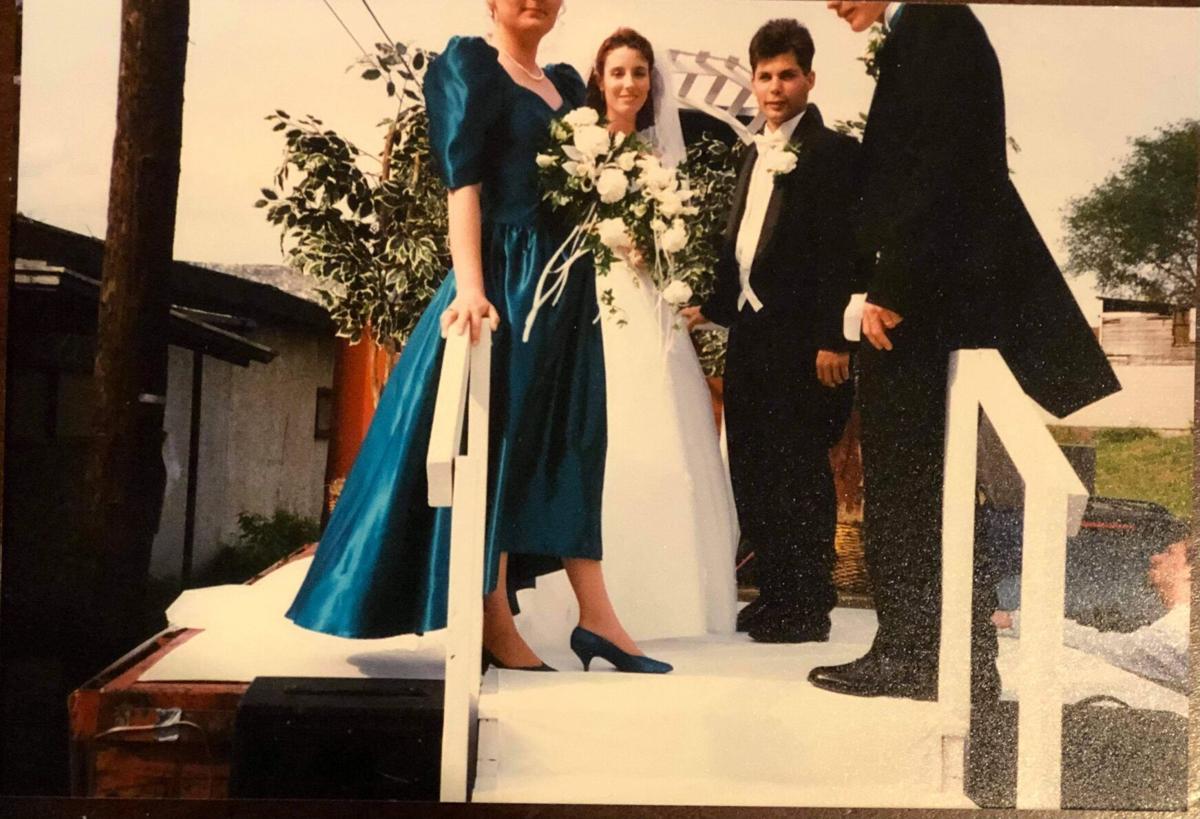 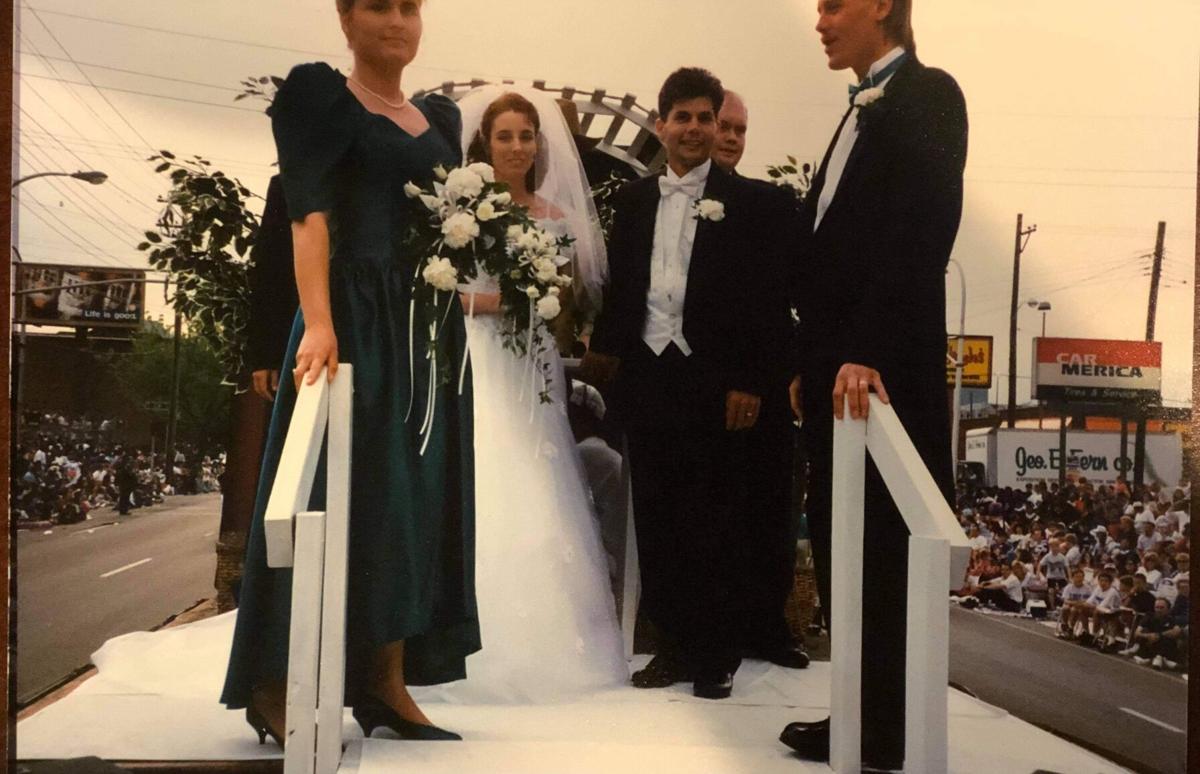 "Derby is Derby.  Things happen around Derby all the time, so why not give it a shot and see what happens," said Jeff Hill, explaining why he stopped at a pay phone on his way to work and entered a contest to get married in the Pegasus Parade.

"They asked certain questions like:  Would she marry you and how do you know she would marry you.  I said, 'Have you seen me?'" he joked.  They all laughed, then they told Hill he seemed like the right person for the adventure.

Hill and his bride-to-be Christa were already planning an August wedding. Everything was reserved and paid for.

"I like to plan and have things planned," Christa Hill shared.

Christa Hill said her groom called her after he won the contest and told her they were going to get married on a float.

They had one week to get their marriage license.  Then, Jeff, Christa, their best man, maid of honor, and two family members each just had to show up and cruise down Broadway on the float. The radio station put together the ceremony.

The nerves hit Jeff when the float turned onto Broadway and he saw the crowd.

That is when he thought, "Oh, what have I gotten myself into?" Jeff Hill said.

One of his most vivid memories was the guy on the corner who yelled, "Don't do it!"

Christa Hill says she heard the heckler, and she had a few women try to give her the same advice.

"On down the road on Broadway, there were some girls who said, 'Don't do it,'" she laughed.

They did not listen to the naysayers, and they had a second wedding in August.

"It was fun to do two weddings," Jeff Hill shared.  "All the family and friends are there, and you've already done it, so there's no reason to be nervous."

Now 25 years later, with two daughters in college, Jeff and Christa Hill are still in love and still love everything about Derby week.

"We have a Derby party every year at the house.  It's a tradition with our anniversary on Derby," Jeff Hill said.

The big party will not happen this year because of the pandemic, but the Hills will still celebrate their Pegasus Parade adventure from 25 years ago and will look forward to many more years of Derby fun together.