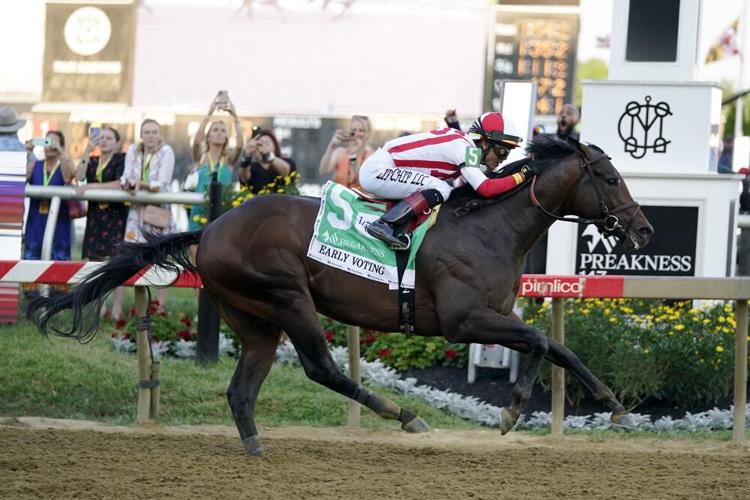 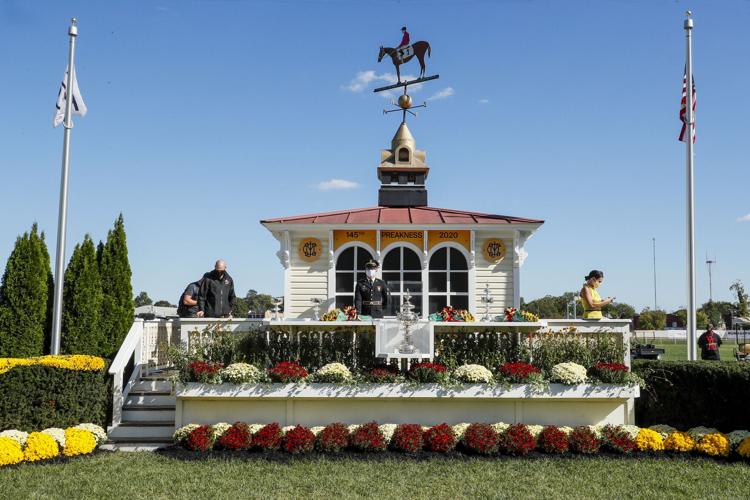 Woodlawn Vase, the trophy presented to the winner of the Preakness Stakes, the  second leg of the Triple Crown, sits near the winner's circle at Pimlico Race Course in Baltimore, Md. Image courtesy Preakness Racing Photos 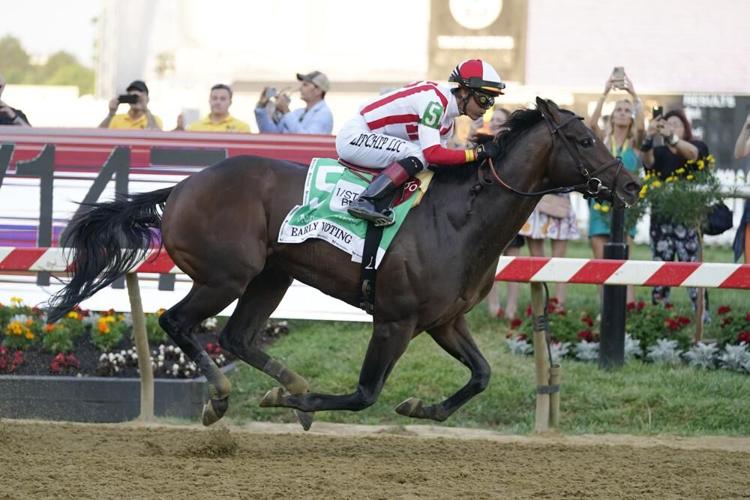 Woodlawn Vase, the trophy presented to the winner of the Preakness Stakes, the  second leg of the Triple Crown, sits near the winner's circle at Pimlico Race Course in Baltimore, Md. Image courtesy Preakness Racing Photos

Ridden by jockey Jose Ortiz and trained by Chad C. Brown, Early Voting won by a length and a half as Epicenter made a hard charge up the rail to finish second. Creative Minister was third.

Early Voting went off at 5-1 odds. Purchased for $200,000 at the Keeneland September yearling sale two years ago, Early Voting skipped the Kentucky Derby even though the colt had enough points to run.

Brown thought the colt needed more time to develop after he finished second in his third career start at the Wood Memorial on April 9.

"(Brown) made the right choice," Ortiz said. "We didn't think he was seasoned enough to run in a 20-horse field."

Ortiz moved his colt briskly out of the gate. Early Voting stalked the frontrunner Armagnac for more than three-quarters of a mile. They surged into the lead just before the mile pole.

Early Voting drifted wide in the middle of the lane but Ortiz guided the colt back toward the rail in the final sixteenth, safely clear of Epicenter who was charging on the inside. No foul was registered.

The fractions for the race were considerably slower than the Kentucky Derby -- 24.32 for the opening quarter and 47.44 for the half. In the Derby, the frontrunners ran the first quarter in a record 21.78 and the half in 45.36.

"I was never worried," Brown said on the NBC telecast. "Once we had a good target I actually preferred that."

Skipping the Derby and winning the Preakness is the same plan that Brown and owner Seth Klarman followed five years ago when Cloud Computing won the Preakness in 2017.

"See you in five years," Klarman quipped after the race.

A billionaire hedge fund manager, Klarman grew up three blocks from the track and celebrated his 65th birthday Saturday. Brown and Klarman talked as if the colt will not compete in the third leg of the Triple Crown at Belmont Stakes in three weeks.

The second leg of the Triple Crown drew less enthusiasm without Rich Strike, the long-shot winner of the Kentucky Derby. Trainer Eric Reed is grooming him for the Belmont Stakes on June 11.

The Preakness approached setting a new record for the heat, which was into the 90s well before race time. The record high on Preakness day is 96 set in 1934. Trainer Steve Asmussen said the scorching temperatures were a concern for Kentucky Derby runner-up Epicenter.

D. Wayne Lukas trainer Kentucky Oaks winner Secret Oath went off as the second favorite. The filly was at 9-2 after the Oaks win and her strong showing against the boys in the Arkansas Derby. Secret Oath finished fourth.

Updated odds had Fenwick bet down to 7-1. He started 50-1 on the morning line. Fenwick may have been a popular underdog choice for bettors after Rich Strike won the Kentucky Derby at 80-1.