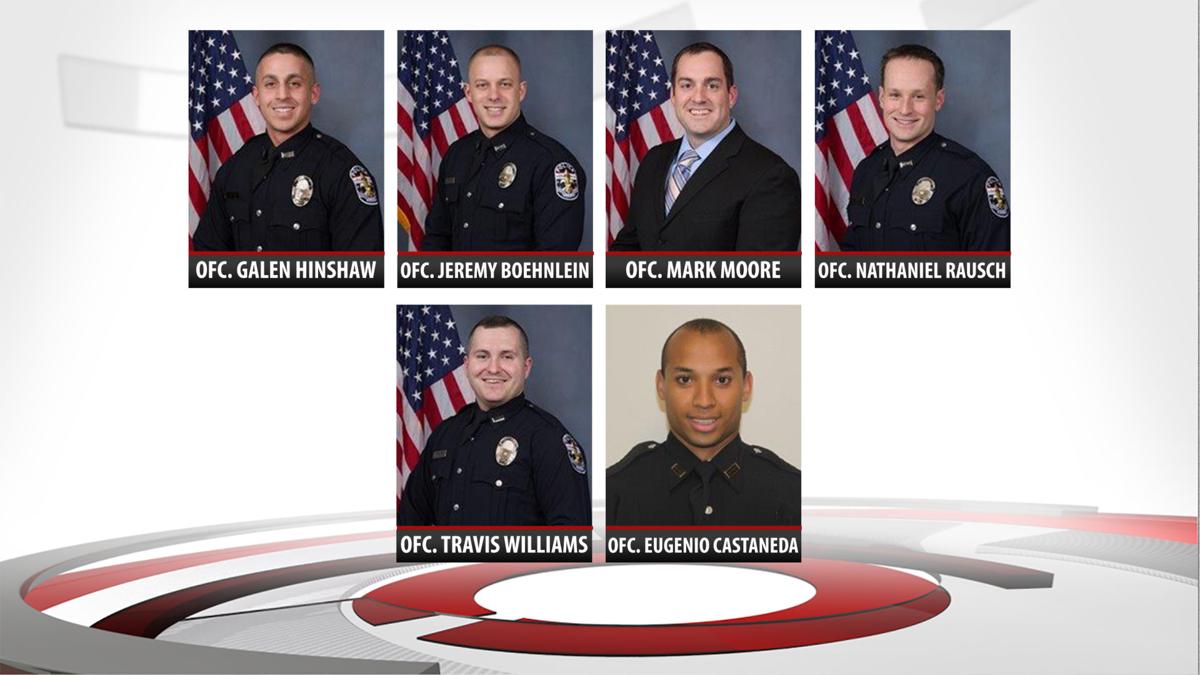 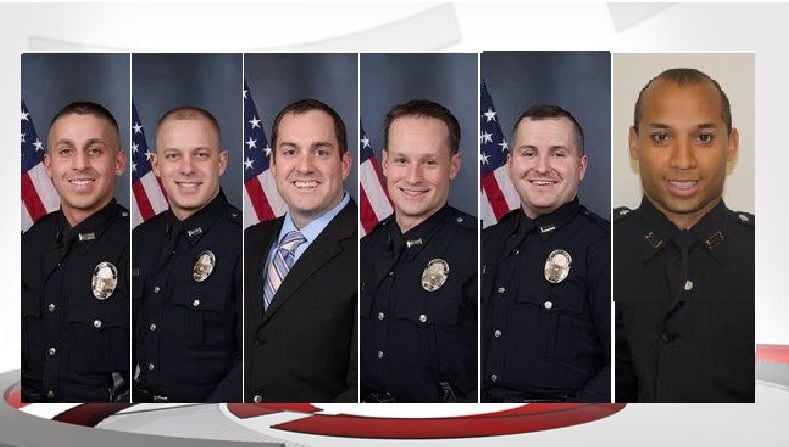 Correction: An earlier version of this story included a photo that was incorrectly described as that of Officer Travis Williams. Louisville Metro Police acknowledged providing the photo in error to WDRB News. This story has been updated to include the correct photo of Officer Williams.

LOUISVILLE, Ky., (WDRB) – One Louisville Metro Police officer was suspended for excessive use of force and five others were disciplined for their actions following a Dec. 8, 2016 high-speed chase, according to documents released by police this week.

Four other officers were cleared of alleged use of force violations after two people were surrounded by officers and arrested once the chase ended. The internal investigation began in March 2017.

The police pursuit, which was captured by at least one television station, began around 11:30 in the morning when police pulled over a suspected stolen vehicle on Taylor Boulevard near Beecher Street.

After opening the driver-side door, an officer saw several syringes and clear plastic baggies inside the vehicle.

The driver took off, striking an officer in the knee, and leading police on a wild 15-minute chase that reached speeds of more than 100 miles-per-hour on the Watterson and Shawnee Expressway before ending in a wooded area on Mathis Avenue just west of Dixie Highway.

Several officers surrounded the vehicle and Chief Steve Conrad concluded six of the officers involved violated police policies during the arrest of the two people in the vehicle.

Officer Eugenio Castaneda received the stiffest punishment, suspended three days for striking one of the suspects in the head multiple times. He also failed to turn on his body cam.

“You failed to de-escalate the situation or find alternate methods of controlling the situation prior to resorting to force,” Conrad wrote in an April 3 letter to the officer, which was obtained by WDRB News under Kentucky’s open records act.

Det. Mark Moore and Officer Galen Hinshaw were suspended two days for failing to take appropriate action when dealing with a combative suspect. Conrad’s letter does not go into details on the officers’ improper conduct.

Officers Jeremy Boehnlein, Nathaniel Rausch and Travis Williams were all disciplined for not turning on their body cams.

Williams was also found to have violated a courtesy policy by failing to “exercise patience and diplomacy” during the incident, according to Conrad’s letter to the officer. He received a reprimand.

The driver, Rickie Stovall, and the passenger, Haele Newton were both charged with several felonies and taken to a hospital.

Stovall was convicted last year of multiple charges stemming from the chase, including reckless driving, fleeing police, drug possession, wanton endangerment and assault of a police officer. He was sentenced to seven years in prison.

Charges against Newton were dismissed, according to court records.