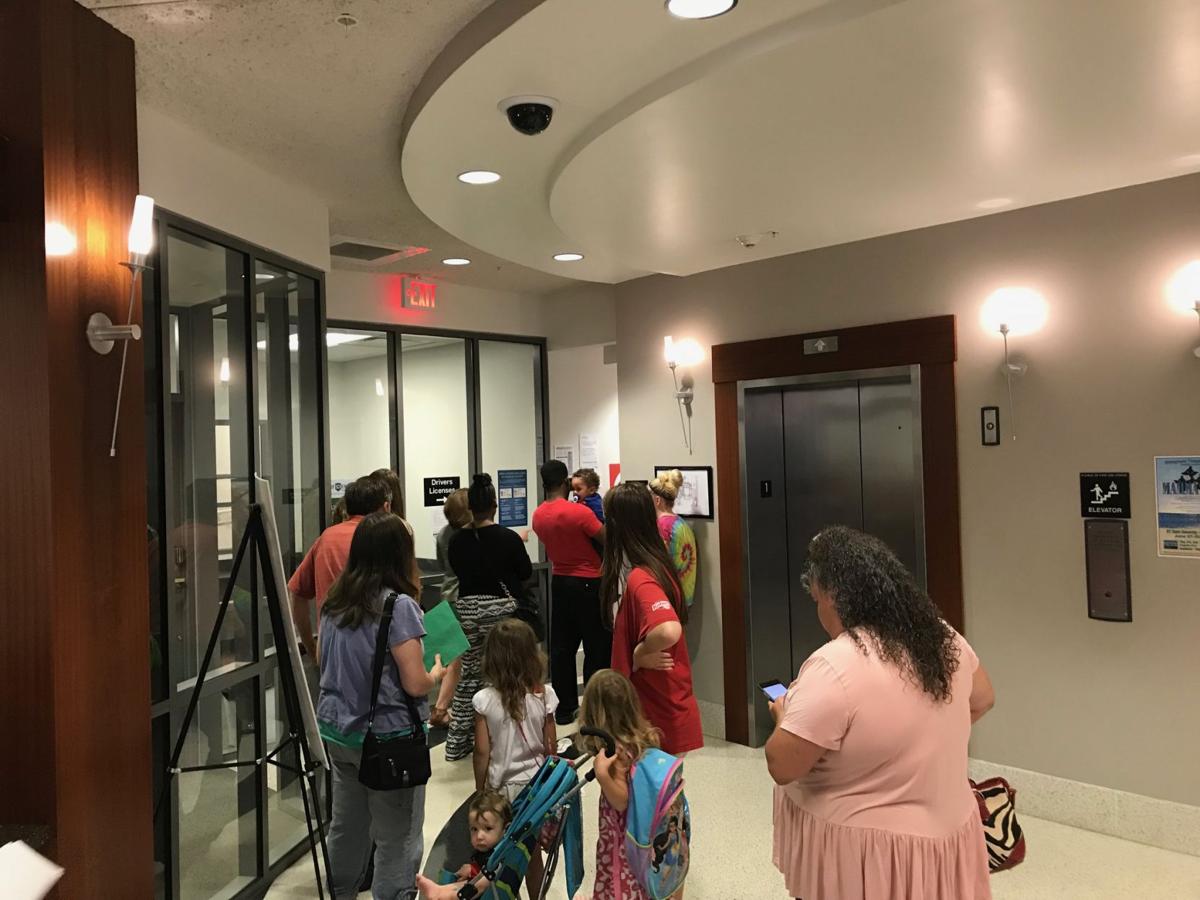 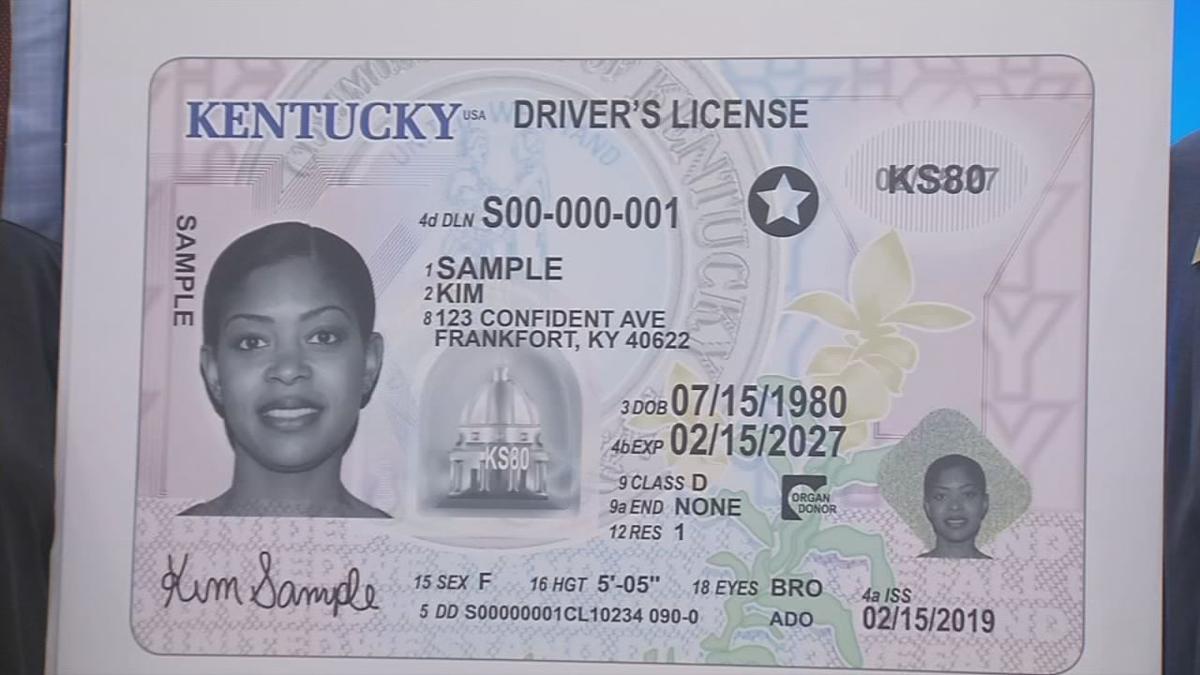 In some cases, she said, the Franklin County Circuit Clerk’s Office has stopped letting residents get in line at 3:30 p.m. in an effort to close by 4:30 p.m.

And as recently as last Friday, she said some people had to wait as long as two hours to apply for a license. That came two weeks after Franklin became the first Kentucky county to roll out the new credentials that meet federal Real ID standards.

“I think this is the new normal for us,” said Feldman, Franklin’s elected circuit court clerk. Overall, she said that after waiting in line, it’s taking 10 to 15 minutes for a single transaction at the counter, up from 5 to 7 minutes under the longtime license issuing system that’s being replaced.

Those results are a snapshot into the start of a new era that ends a longstanding practice: Kentuckians renewing their driver’s licenses at the clerks’ offices by simply turning in their old ID and taking a new photo.

For now, Kentucky is eyeing the results in Franklin and Woodford counties before expanding to the rest of the state. The Kentucky Association of Circuit Court Clerks warned in a July 12 letter that the problems in those counties "are going to be seen in every implemented location."

"The only change would be to multiply the number of angry customers experiencing those issues and further stretch the capacity of the Office of Circuit Court Clerk," Greg Helton, the president of the clerks' association, wrote to Matt Henderson, Kentucky's vehicle regulation commissioner.

The letter, obtained by WDRB News, also asked that Kentucky delay the rollout until software and document scanning issues are addressed in Franklin and Woodford counties.

In an interview Wednesday, Henderson said state officials and the clerks' group jointly decided to pause the statewide launch as the technology concerns are investigated and ironed out.

"We want to make that go as smoothly as possible for the clerks as possible," Henderson said.

He said there have been "small connectivity issues" with how different computer systems interact. But he noted that a vendor was able to install software and equipment in Woodford County in half the time it took in Franklin County.

"There were slowdowns we wanted to fix before we went on ... to the other counties," Henderson said.

Still, wait times also have doubled in Woodford, where it once took three to five minutes to create a license, said Christie Edwards, the county’s circuit court clerk.

Edwards said if there is already a line – five or six people, for example – overall wait times of an hour are likely.

“It has been quite a challenge from day one,” Edwards said. “We have had long lines, which we are not used to.”

In addition, she said, the software installed by Kentucky’s contractor, has been periodically crashing or freezing, causing delays as workers reboot. On Wednesday, she said, a camera went down and had to be restarted.

In interviews, Edwards and Feldman said their offices are doing everything they can to make the new process as smooth as possible. In a significant change, the local clerk’s offices are now collecting and scanning documents needed for the new licenses, but they no longer are issuing them.

That new role already has affected how employees do other court-related work, the clerks said.

Feldman said her staff already has accrued more than 60 hours of “compensatory time,” or time off that workers will be able to use in the future. When that happens, it will further strain the office, she said.

In Woodford, "it has consumed the office,” Edwards said. “The biggest portion of our time should be with the court system, but the driver’s license has consumed” us, she said.

Helton, the clerks' association president, echoed those concerns and said it might be time for a different approach to issuing driver's licenses, such as another agency assuming that role.

"Although we do driver's licenses, our main function is to take care of the court systems," Helton said. "If it doesn't get better, it's going to severely impact that ability for us to do that."

Henderson said it's likely to expect that there will be longer wait times for driver's licenses because of the federal Real ID standards require people to bring multiple documents.

Even so, he predicts the overall times will go down as people get familiar with the documents they need.

One is called a “voluntary travel ID.” It functions like a current Kentucky driver’s license, letting its holder drive, buy alcohol and other age-limited purchases, board domestic flights and enter military posts.

The other type is known as a “standard driver's license,” although it doesn’t mirror the benefits of the current license. It will be good for driving, age-restricted purchases and entering federal buildings for basic services.

After October 2020, the Transportation Security Administration will accept only the “voluntary travel ID” for air travel within the U.S. Someone with a “standard” license would need a passport or other federal ID to board a domestic flight.

State officials say residents can choose the credential that best suits their lifestyle. Some lawmakers and critics contend the approach may cause confusion and result in people who have no way to board an airplane in a family emergency, for example.

To get the travel ID, Kentuckians will need to bring documents with them that prove their identity and social security number and two proofs of residency. For example, a certified birth certificate, a current year’s tax return and a current salary statement and recent LG&E bill would be accepted.

The extra documents already are dissuading some people.

In Frankfort on Wednesday, a man approached the circuit clerk's counter, where an employee asked which ID he wanted. He said he'd like a "travel ID."

The worker then asked to see his birth certificate. He said he didn't have it.

Instead, he asked for the "standard" license.