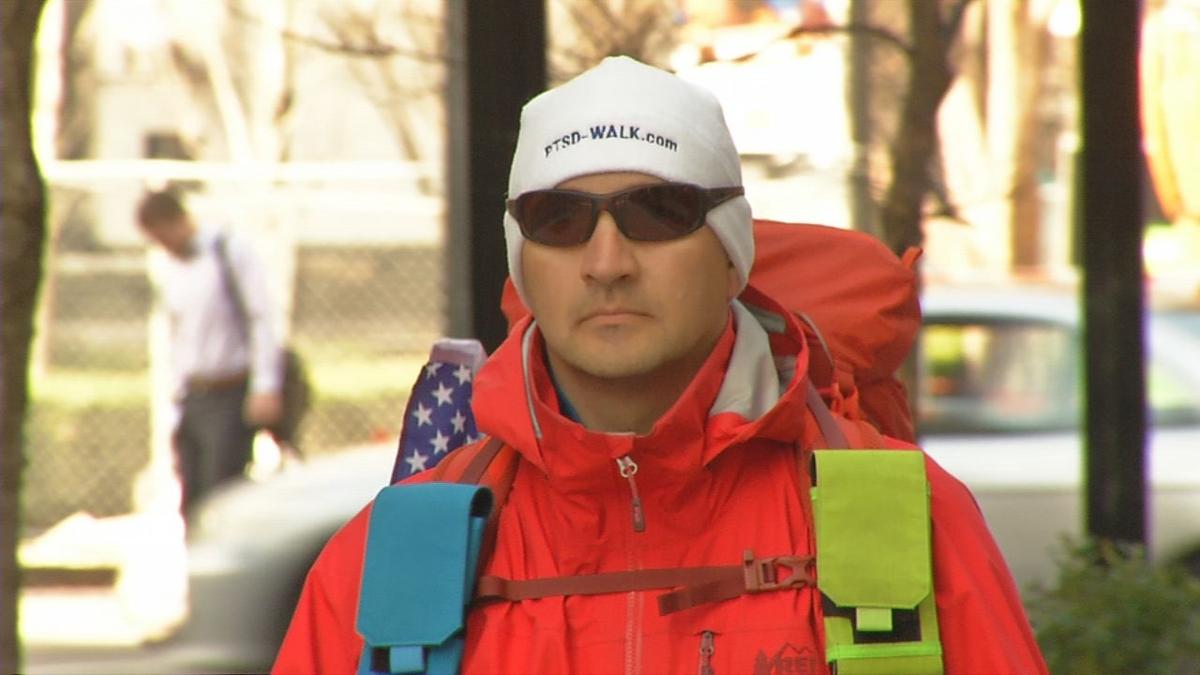 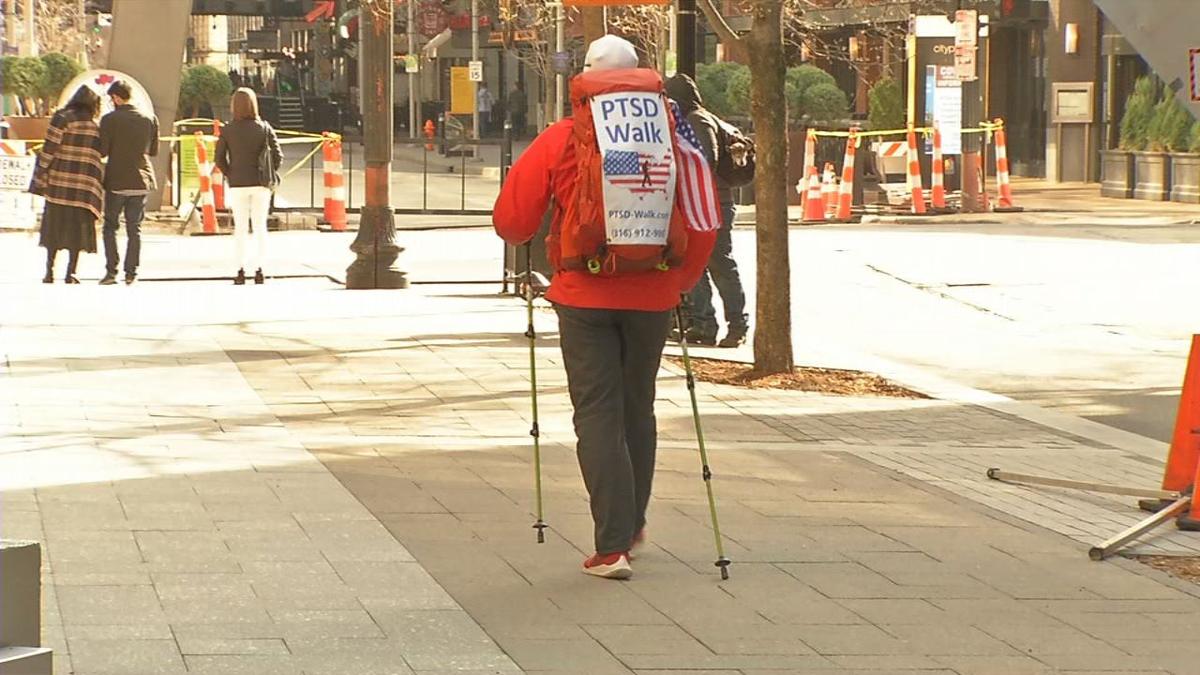 On Wednesday he made a stop in Louisville.

Stephen Meyer served in the Army and Army National Guard for 22 years. He says he has PTSD and went eight years without getting help. During that time, he says it was a rocky road and he doesn't want anyone else to feel that way.

By walking across the country he hopes to start a national conversation on PTSD.

“I didn't have an example to follow when I got diagnosed with PTSD and when I was struggling through things, who was I supposed to model myself after? Who was my role model? Who am I suppose to learn from? Who is my mentor? I didn't have that,” Meyer said.

Meyer started his journey in Kansas City, is headed south to Florida and will then make his way to the other side of the country and end in San Diego. He hopes to be finished by Thanksgiving.

Meyer also has a website, which you can access here. He says he would be happy to talk with anyone who has questions about PTSD.