There was no evidence provided to show that payments were ever made to Williamson, Langford, or their families. The motion claims the deals were approved in February 2017 while the two players were still in high school.

Also noted in the court motion are texts between Nike's Elite Youth Basketball division manager and an assistant coach at the University of Kentucky. The motion states the manager acknowledged in the texts that Nike was funneling payments to high school players.

Avenatti was arrested in March for attempting to extort up to $25 million from Nike by threatening to expose the shoe company's improper payments to high-profile players.

Avenatti argues in his request for dismissal that he was not extorting Nike but offering to run an internal investigation into Nike's youth basketball leagues so the company could understand the levels of corruption. 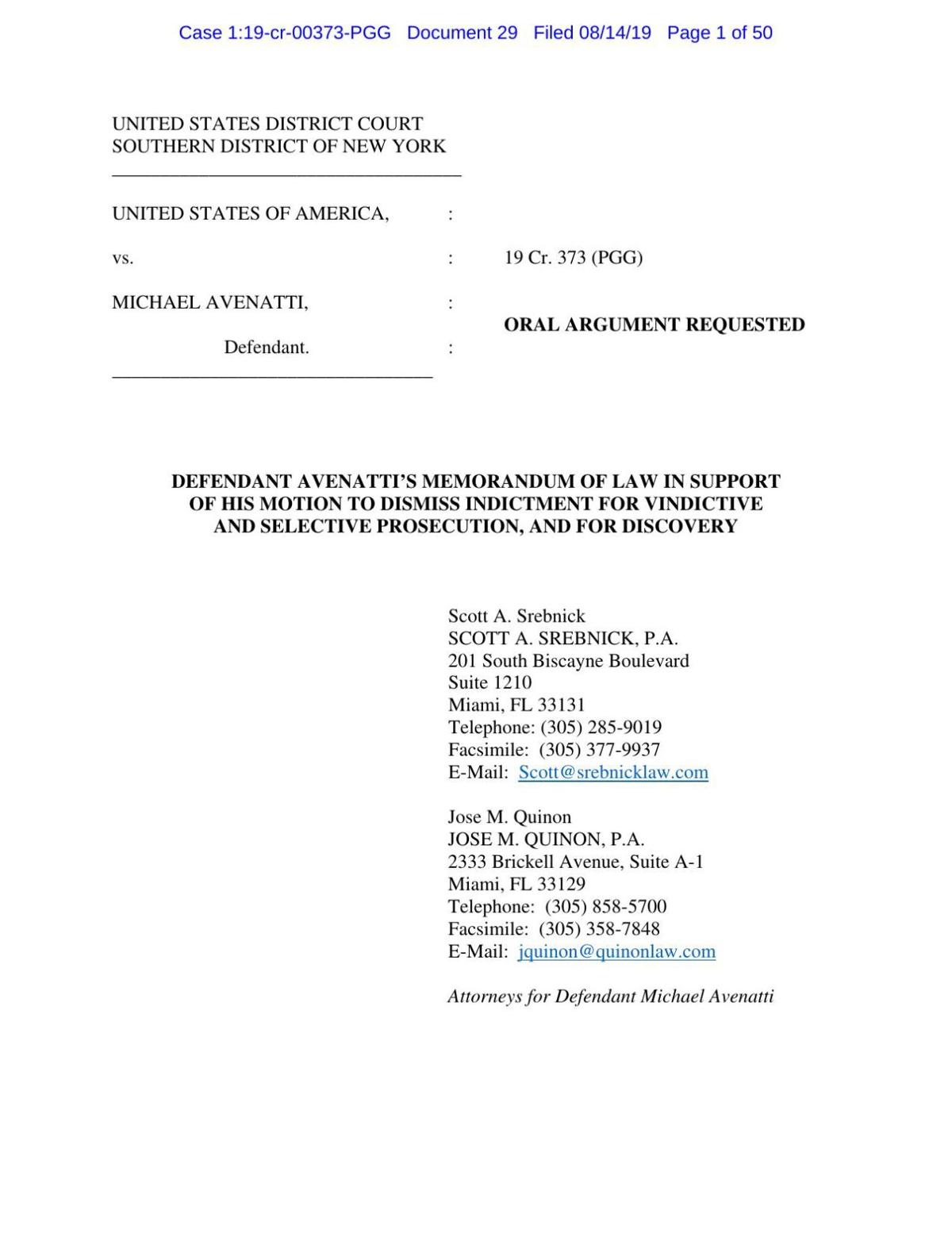 BOZICH | What's at stake for Indiana basketball at Purdue?