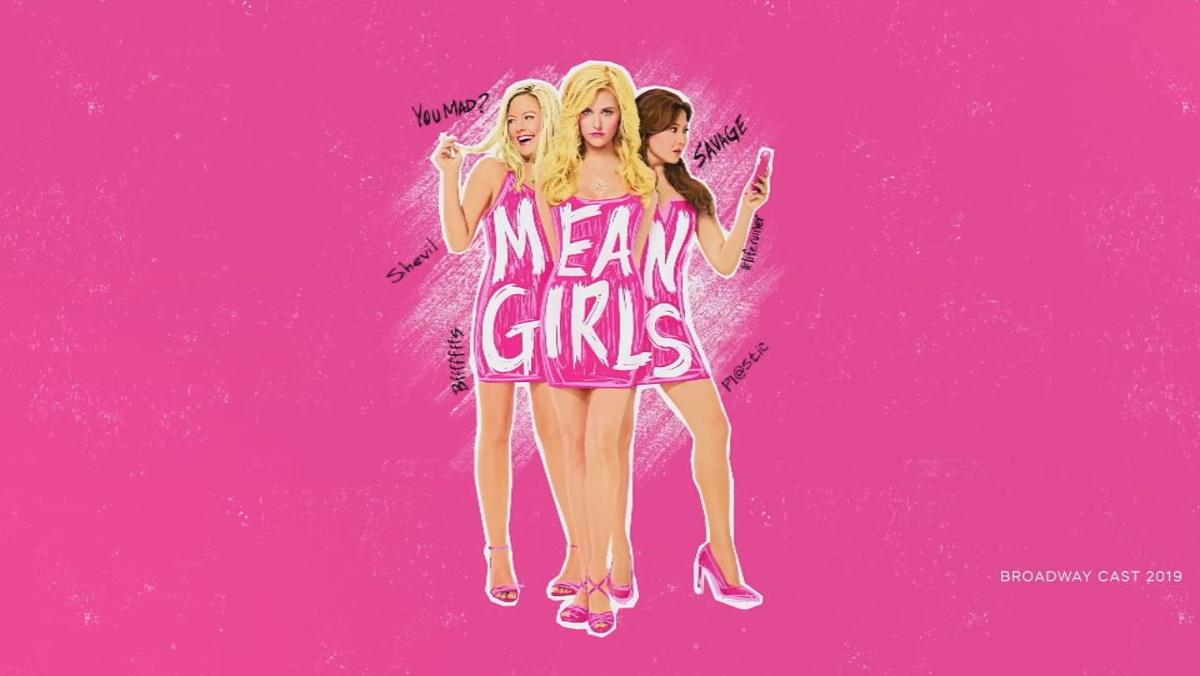 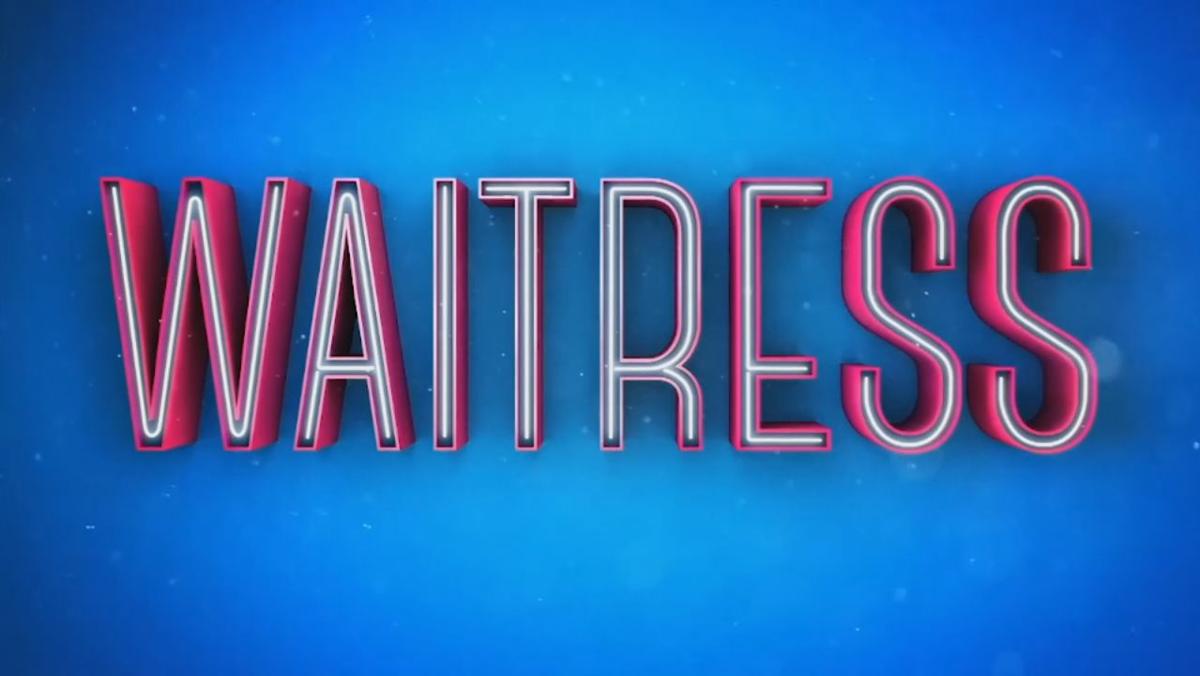 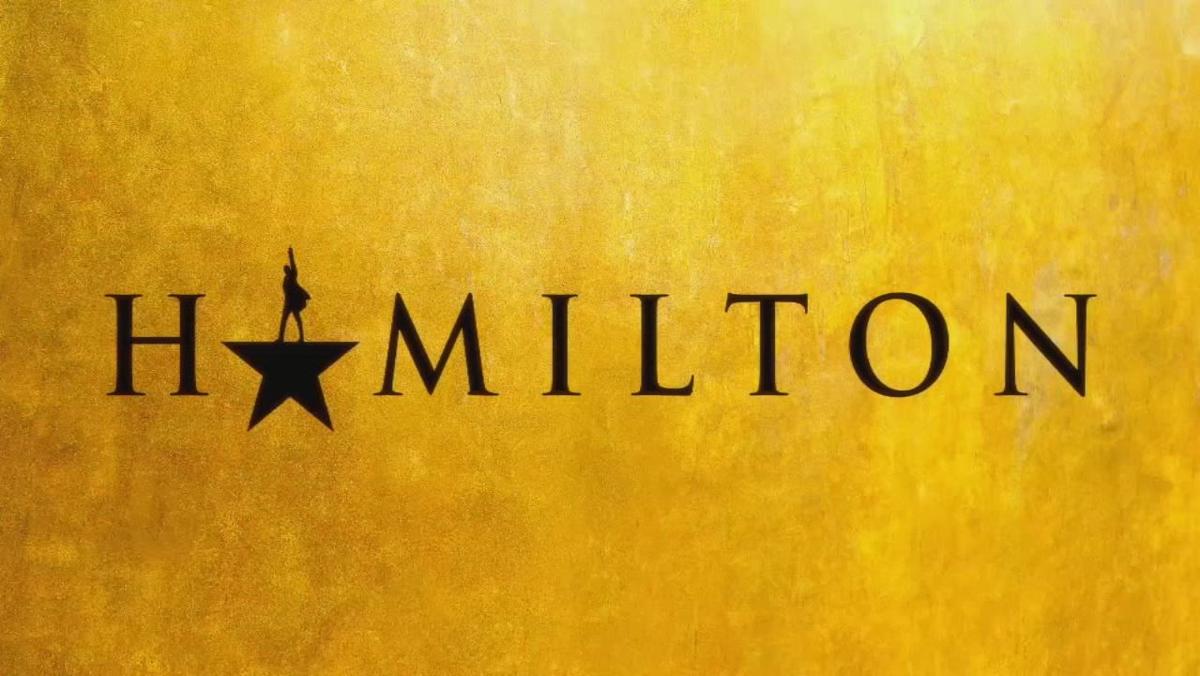 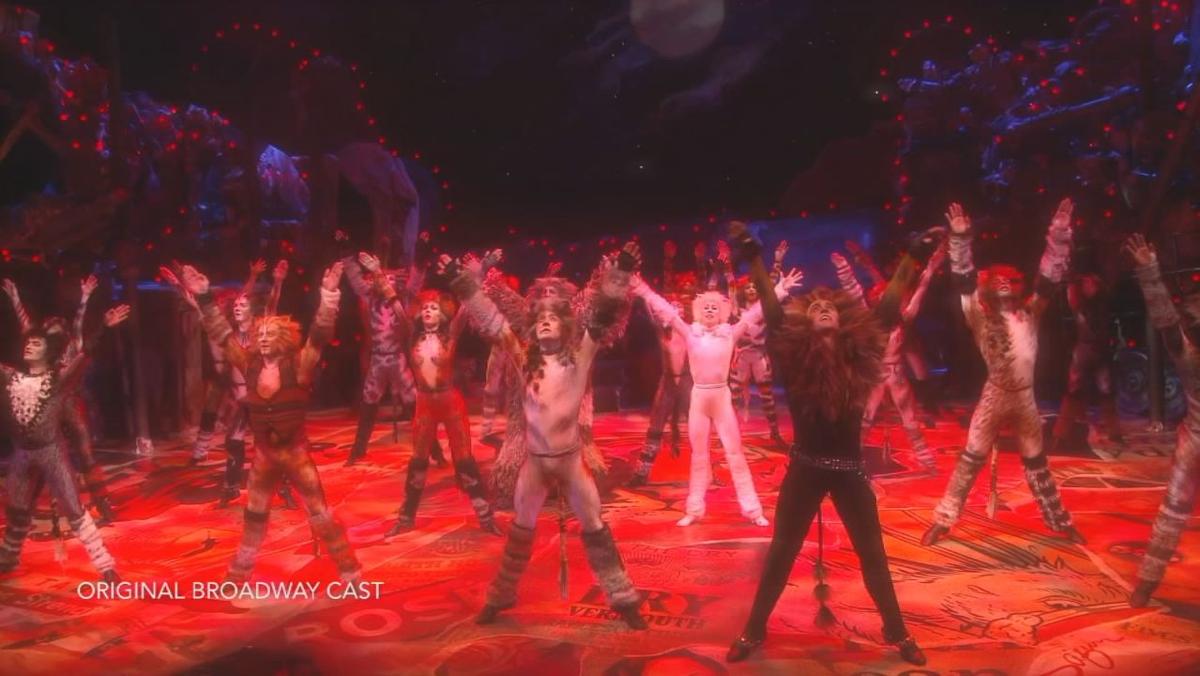 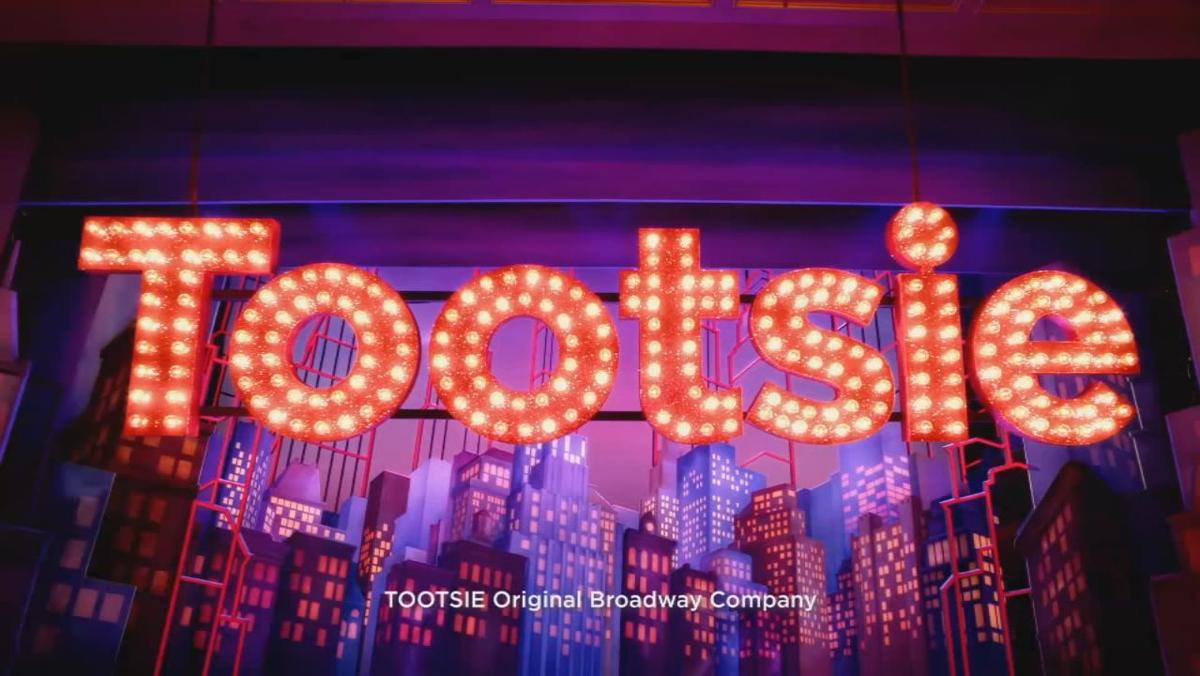 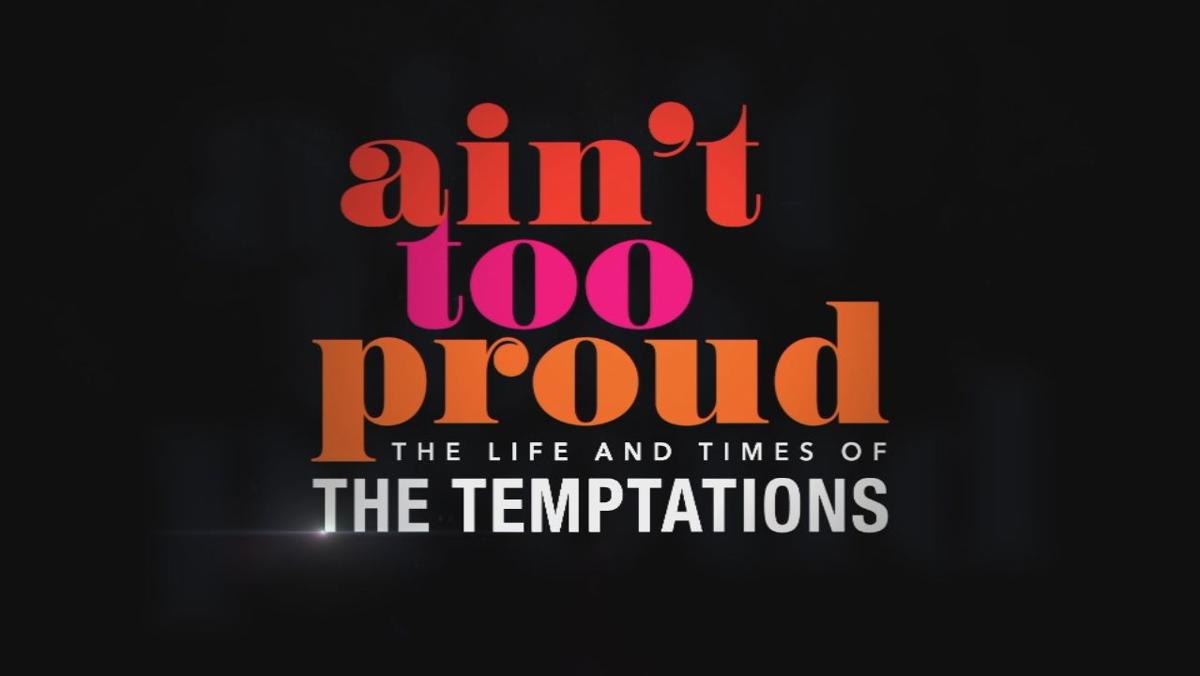 The season includes 7 shows, including the return of Hamilton.

“We are so fortunate to have a blend of hot premieres, direct from Broadway, and our most asked-for returns!” says Leslie Broecker, President of PNC Broadway in Louisville.  “We’re especially pleased to be able to bring WAITRESS back to the Kentucky Center after having to cancel its 2018 run." A fire in June of 2018 at the Kentucky Center forced the cancellation of several shows including Waitress.

Season tickets for the 2020-2021 PNC Broadway in Louisville Season will go on sale Thursday, March 12 at 6 am with two convenient ways to purchase:

Prices for the seven-show season ticket package range between $338-$997 depending on seat location.

Cady Heron may have grown up on an African savanna, but nothing prepared her for the vicious ways of her strange new home: suburban Illinois. Soon, this naïve newbie falls prey to a trio of lionized frenemies led by the charming but ruthless Regina George. But when Cady devises a plan to end Regina’s reign, she learns the hard way that you can’t cross a Queen Bee without getting stung.

New York Magazine cheers, “MEAN GIRLS delivers with immense energy, a wicked sense of humor and joyful inside-jokery.” USA Today says, “We’ll let you in on a little secret, because we’re such good friends: GET YOUR TICKETS NOW!”

TO KILL A MOCKINGBIRD

All rise for Academy Award® winner Aaron Sorkin’s adaptation of Harper Lee’s Pulitzer Prize-winning masterwork. The New York Times Critic’s Pick TO KILL A MOCKINGBIRD is “the most successful American play in Broadway history. It has not played to a single empty seat” (60 Minutes). Rolling Stone gives it 5 stars, calling it “an emotionally shattering landmark production of an American classic,” and New York Magazine calls it “a real phenomenon. Majestic and incandescent, it’s filled with breath and nuance and soul.” With direction by Tony Award® winner Bartlett Sher, TO KILL A MOCKINGBIRD - “the greatest novel of all time” (Chicago Tribune) - has quickly become “one of the greatest plays in history” (NPR).

Meet Jenna, a waitress and expert pie-maker who dreams of a way out of her small town and rocky marriage. Pouring her heart into her pies, she crafts desserts that mirror her topsy-turvy life such as “The Key (Lime) to Happiness Pie” and “Betrayed By My Eggs Pie.” When a baking contest in a nearby county - and a satisfying encounter with someone new - show Jenna a chance at a fresh start, she must find the courage to seize it. Change is on the menu, as long as Jenna can write her own perfectly personal recipe for happiness.

“WAITRESS is a little slice of heaven!” says Entertainment Weekly, and is “sweet, sassy and passionate,” according to New York Magazine.

"It's an empowering musical of the highest order!" raves the Chicago Tribune.  Don't miss this uplifting and hilarious musical celebrating friendship, motherhood, and the magic of a well-made pie.

HAMILTON is the story of America then, told by America now.  Featuring a score that blends hip-hop, jazz, R&B and Broadway, HAMILTON has taken the story of American founding father Alexander Hamilton and created a revolutionary moment in theatre-a musical that has had a profound impact on culture, politics, and education.

With book, music, and lyrics by Lin-Manuel Miranda, direction by Thomas Kail, choreography by Andy Blankenbuehler, and musical supervision and orchestrations by Alex Lacamoire, HAMILTON is based on Ron Chernow’s acclaimed biography. It has won Tony®, Grammy®, and Olivier Awards, the Pulitzer Prize for Drama, and an unprecedented special citation from the Kennedy Center Honors.

CATS, the record-breaking musical spectacular by Andrew Lloyd Webber that has captivated audiences in over 30 countries and 15 languages, is now on tour across North America!

Audiences and critics alike are rediscovering this beloved musical with breathtaking music, including one of the most treasured songs in musical theater-"Memory”. Winner of 7 Tony Awards® including BEST MUSICAL, CATS tells the story of one magical night when an extraordinary tribe of cats gathers for its annual ball to rejoice and decide which cat will be reborn. The original score by Andrew Lloyd Webber (The Phantom of the Opera, School of Rock, Sunset Boulevard), original scenic and costume design by John Napier (Les Misérables), all-new lighting design by Natasha Katz (Aladdin), all-new sound design by Mick Potter, new choreography by Andy Blankenbuehler (Hamilton) based on the original choreography by Gillian Lynne (Phantom) and direction by Trevor Nunn (Les Misérables) make this production a new CATS for a new generation!

Call it “musical comedy heaven” (Rolling Stone). Call it “the most uproarious new musical in years!” (The Hollywood Reporter). Call it TOOTSIE!  This laugh-out-loud love letter to the theatre tells the story of Michael Dorsey, a talented but difficult actor who struggles to find work until one show-stopping act of desperation lands him the role of a lifetime. Featuring a hilarious Tony®-winning book by Robert Horn and an outrageously clever score by 2018 Tony winner David Yazbek (The Band’s Visit, Dirty Rotten Scoundrels), this New York Times Critic’s Pick is “a joyful delight” (The Washington Post) that’s “so packed with punchlines, it should be called a jokebox musical!” (Bloomberg). “In these turbulent times, when the world seems out of balance, we need a place to let the good times roll,” raves Rolling Stone. “TOOTSIE is it!”

AIN’T TOO PROUD - THE LIFE AND TIMES OF THE TEMPTATIONS

AIN’T TOO PROUD is the electrifying new smash-hit Broadway musical that follows The Temptations’ extraordinary journey from the streets of Detroit to the Rock & Roll Hall of Fame.    The winner of the 2019 Tony Award for Best Choreography, it’s a thrilling story of brotherhood, family, loyalty, and betrayal during a decade of civil unrest in America. Set to the beat of the group’s treasured hits, including “My Girl,” “Just My Imagination,” “Get Ready,” “Papa Was a Rolling Stone,” Ain’t Too Proud tells the unforgettable story of the legendary quintet that Billboard Magazine named the greatest R&B group of all time.