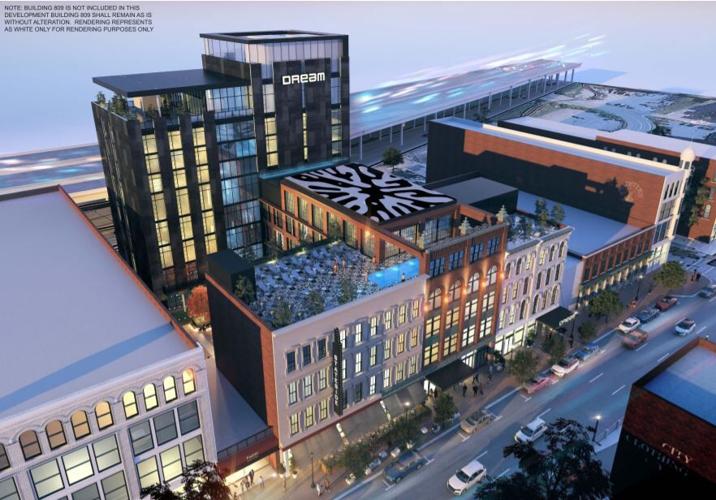 A rendering for Dream Hotel for downtown Louisville. 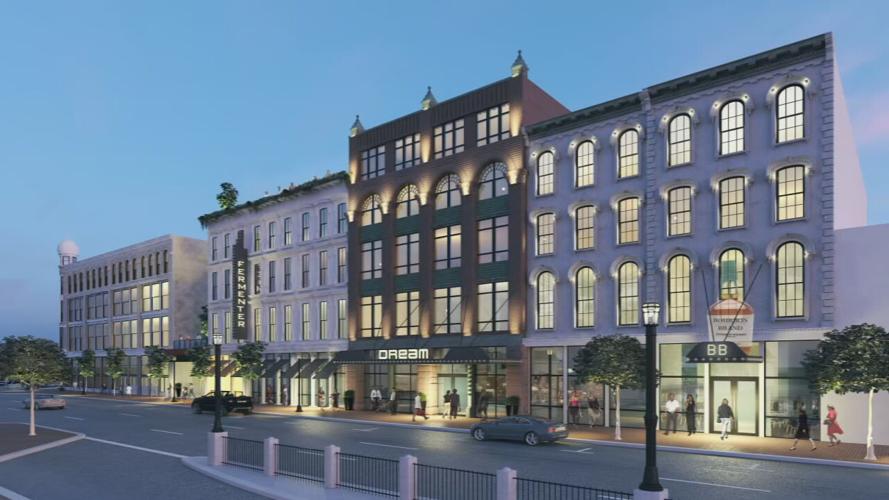 A rendering for Dream Hotel for downtown Louisville.

LOUISVILLE, Ky. (WDRB) -- The planned Dream Hotel on Main Street in downtown Louisville is set to include six food and beverage outlets and a rooftop events space.

City leaders and developers — including representatives from the Frazier History Museum, Main Street Association and Louisville Downtown Partnership — came together Tuesday to announce more details for the project.

The hotel will stretch from 811-823 West Main Street, neighboring Frazier and across from the Louisville Slugger Museum.

"This is going to really make this whole block thrive between Michter's on one end, the Frazier Musuem on the other, Sons of the American Revolution and now the Dream Hotel," said Haley Hicky, with Frazier.

The $100 million, nine-story, 169-room hotel was tricky for developers. They aimed to keep the history of the nearby buildings while also bringing a modern feel.

Mayor Greg Fischer said it will only help tourism increase to that part of the street.

"It's really critical that we filled in this block here," Fischer said Tuesday. "We had the Frazier here, then, of course, we have buildings next door that were looking for some love and care for several years. And boy, did they ever find it with the dream hotel."

Construction on the Dream Hotel is set to begin in 2023