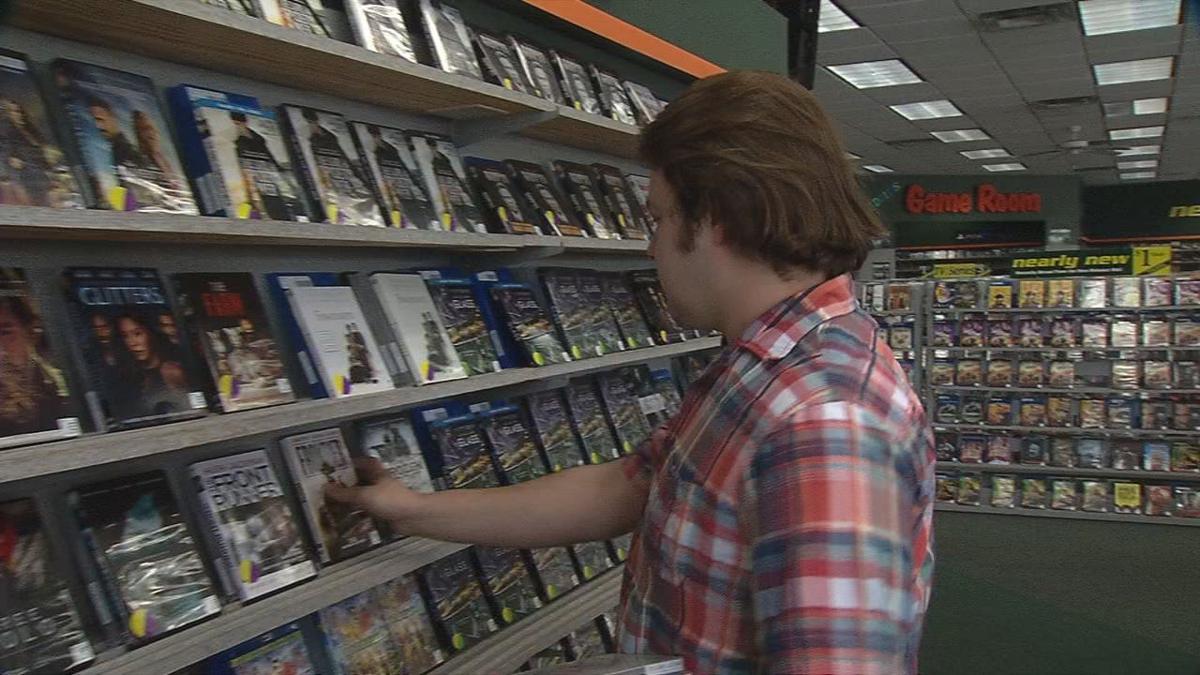 An employee at the New Albany Family Video restocks the shelves. 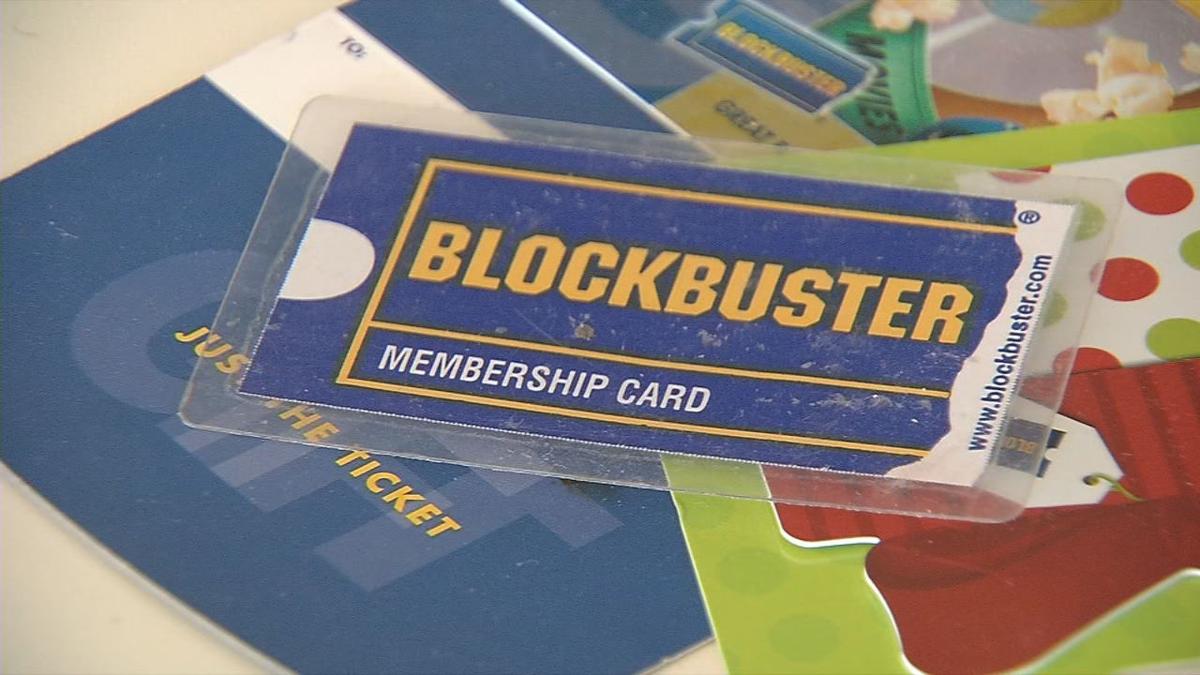 In the late 90s, almost everyone had one of these Blockbuster membership cards. 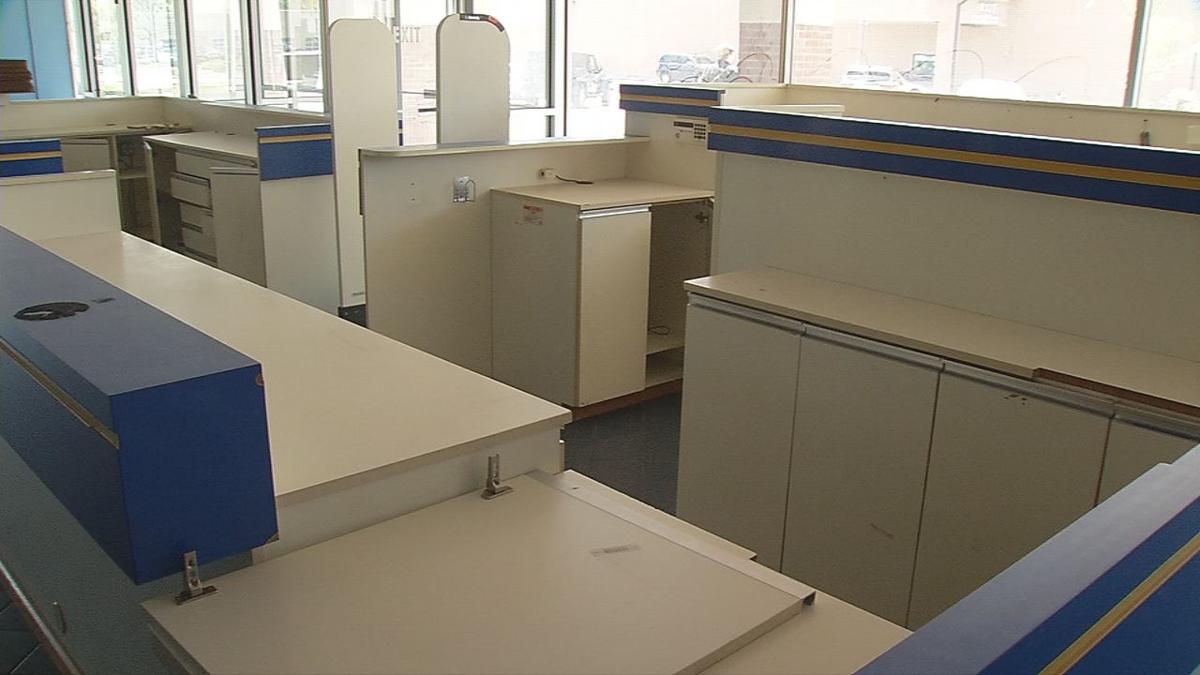 Only the shell of an old Blockbuster store remains in Floyd County. 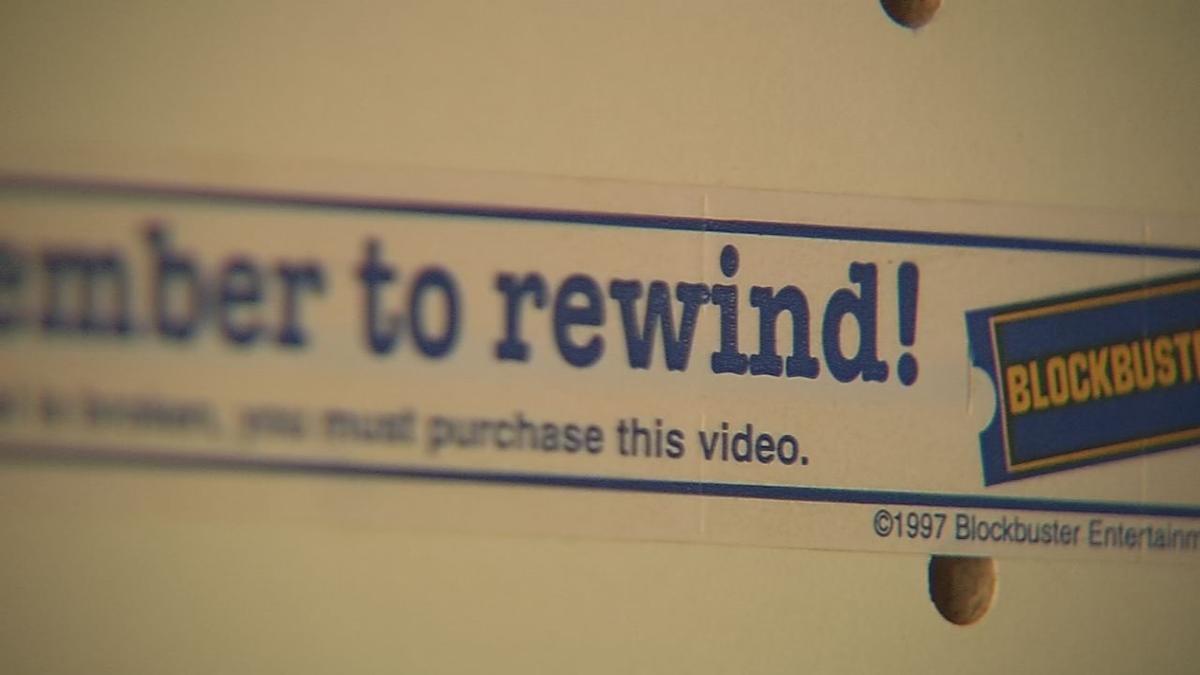 An employee at the New Albany Family Video restocks the shelves.

In the late 90s, almost everyone had one of these Blockbuster membership cards.

Only the shell of an old Blockbuster store remains in Floyd County.

"Literally every Friday with my dad, it was time to go get a movie," explained Aundie Tow.

If you look closely at some empty buildings, you'll still see the old signs, and shells of old stores.

Keith Spears remembers the membership cards, and even the layout of the store. "I can still see the movies on the wall," he said.

Spears used to be the manager of two southern Indiana Blockbuster stores, and took us on a trip down memory lane at an old Floyd County shop, that could almost serve as a Blockbuster Video museum.

"They've still got all the old counter tops in here," he said.

The drop box is still there too, and so are those "Be Kind, Rewind" stickers we saw every time we rented.

In its day, Blockbuster was considered top shelf.

"They were all about customer service and cleanliness," explained Spears. "The stores were shoppable, they were easy to go through."

The stores popped up in nearly every city you would visit. So did competitors, in the form of national chains and locally known and loved stores.

"We were around for 18 years," Brashear said.

Just like the plot in your favorite film, video stores experienced a dramatic twist in the mid 2000s.

"I remember when Red Box first came around, I kind of saw the writing on the wall at that point," Spears said.

"They (video stores) had fixed costs and it was difficult for them to keep up," added Michael Cunningham, professor of Communication and Psychology at the University of Louisville.

Then even more convenient options started popping up, meaning movie fans didn't even have to get up from the couch.

"We have Netflix, Hulu, HBO Go, and all that kind of stuff," said Spears.

"As the stores lost business, they stopped refreshing their inventory," added Cunningham. "If you went in and couldn't find what you were looking for, you were frustrated and that would reduce the likelihood of going in the next time."

Despite efforts to compete, and with the exception of one store in Oregon, Blockbuster closed for good. Movie Gallery and Hollywood Video also went out of business.

There's one rental chain surviving, and even thriving. From Minnesota to Texas, 638 Family Video stores are still open for renting. That includes several in greater Louisville.

Doing a double take? Tow, the manager of the New Albany store, shares the "not-so-secret" secret to success.

"We don't have to pay rent, so that's a huge difference," she said.

That's because the family behind Family Video owns every piece of land each store is on.

They also paired the rental shops with cell phone company Total Wireless and Marco's Pizza, to cross promote, and keep people coming in. There's even a fast food style window connecting the video store to the pizzeria in New Albany.

"I know as soon as we got Marco's, how much it boosted our side of business," said Tow.

Is it forever? It's hard to say. However, the stores have stayed open, when few others could.

Wild and Woolly is a popsicle shop now. With the worry of being stretched thin, Brashear opted to open a pilates studio down the road instead.

Spears traded in DVD cleaning duties, and those Khaki pants he had to wear at Blockbuster for the cell phone industry, a job that's supporting his family

Tow is right where she's always been, proving the days of the video store are still very much alive. It's her idea of the perfect happy ending.

"I just want this to last forever," Tow said.