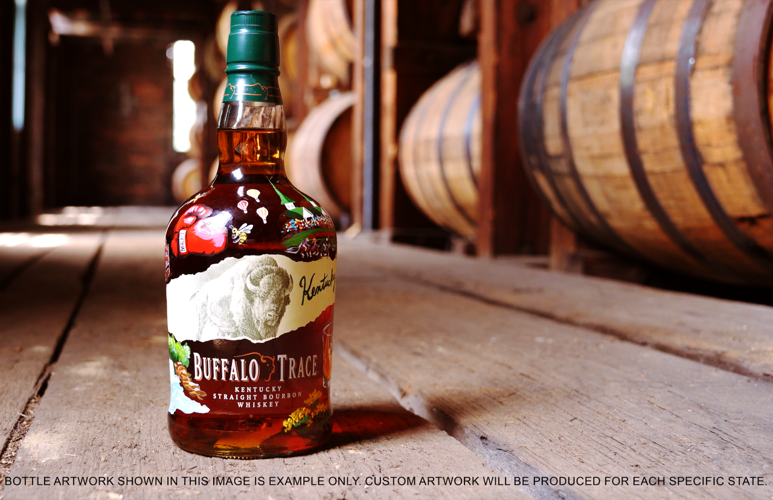 Each Buffalo Trace Single Barrel bourbon bottle will be hand-painted with "iconic elements" from each state by Louisville artist Bri Bowers. (Courtesy of Buffalo Trace) 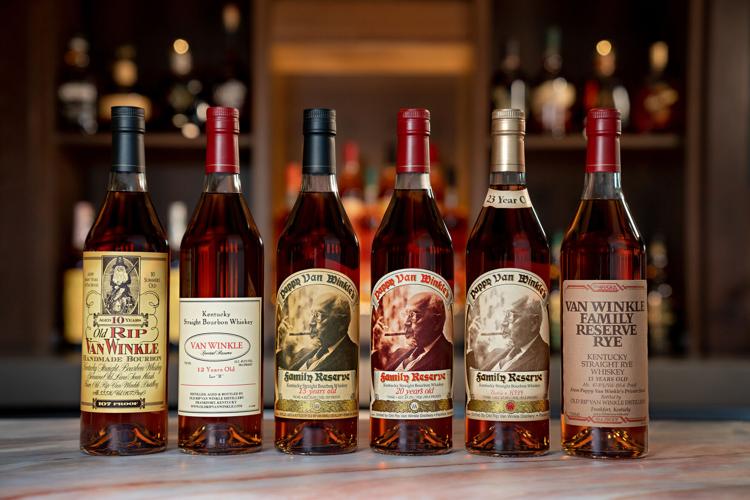 The tab is set to grow by $48 million if Republic continues to refuse to pay Sazerac’s invoices.

LOUISVILLE, Ky. (WDRB) — Louisville-based whiskey-maker Sazerac Co. claims a distributor owes the company at least $38 million — with the tab set to grow by tens of millions — as the result of a soured relationship between two large, privately held firms.

Sazerac claims Republic — a wholesaler of its products— hasn’t paid for nearly $40 million in inventory following Sazerac’s move at the end of 2022 to terminate its relationship with Republic in 30 states.

The tab is set to grow by $48 million if Republic continues to refuse to pay Sazerac’s invoices, according to the lawsuit.

Republic, a family-owned company that describes itself as a “distribution powerhouse,” operates in 38 states and the District of Columbia, according to its website.

Spokespeople for Republic and for Sazerac declined to comment on Wednesday.

As of Wednesday, Republic had not filed any response to the allegations in court.

In the United States, alcohol producers like Sazerac are required by states to sell their products to distributors, who act as middlemen between breweries and distilleries and their ultimate customers, such as bars, restaurants and liquor stores. Distributors like Republic are part of the so-called “three tier” system that governs the industry.

Jonathan Blue, an investor whose firm Blue Equity owned the 23-store Liquor Barn chain until 2021, said manufacturers sometimes switch distributors, but Sazerac is a huge player in the beverage industry.

"It’s not a frequent thing with a portfolio this big," said Blue, who remains an advisor to Liquor Barn and its new parent company GoPuff.

Sazerac, a Louisiana company with a corporate office in Louisville, has worked with Republic for more than a decade, but Republic’s performance “grew worse and worse” in recent years, leading Sazerac to terminate their relationship at the end of 2022, effective on Feb. 1, 2023, according to the lawsuit.

“Adding insult to injury, since the termination, (Republic) has bad-mouthed Sazerac in the marketplace, ceased cooperation with Sazerac and otherwise attempted to harm Sazerac by unfairly disrupting future sales and the transition to new distributors,” the lawsuit claims.

Sazerac’s main distillery is Buffalo Trace in Frankfort, Ky., where it produces bourbon including Buffalo Trace, Pappy Van Winkle, Eagle Rare and Blanton’s. The company’s largest product by volume and revenue is Fireball Cinnamon Whiskey, according to the lawsuit.

Sazerac also owns the Barton 1792 Distillery in Bardstown. Its other brands include Southern Comfort, Canadian Mist and 99 Brand liqueur.

In the lawsuit, Sazerac claims:

After Sazerac notified Republic that it would terminate its relationship effective Feb. 1, Republic damaged Sazerac’s reputation by implementing a “sudden unannounced price increase” for Sazerac products. The increase was achieved by revoking discounts that retailers had previously been promised and which were funded in part by Sazerac. Sazerac acknowledged that Republic “had the discretion” to change its prices with retailers.

Republic took other actions that created “out-of-stock issues” for retailers with Sazerac products, “again designed to harm Sazerac’s reputation and cause the retailers to stop buying Sazerac’s products.”

Given Sazerac's size, it will be very disruptive for stores and customers if the company is unable to smoothly transition to a new distributor, Blue said.

"Hopefully they’ve got a game plan," he said.