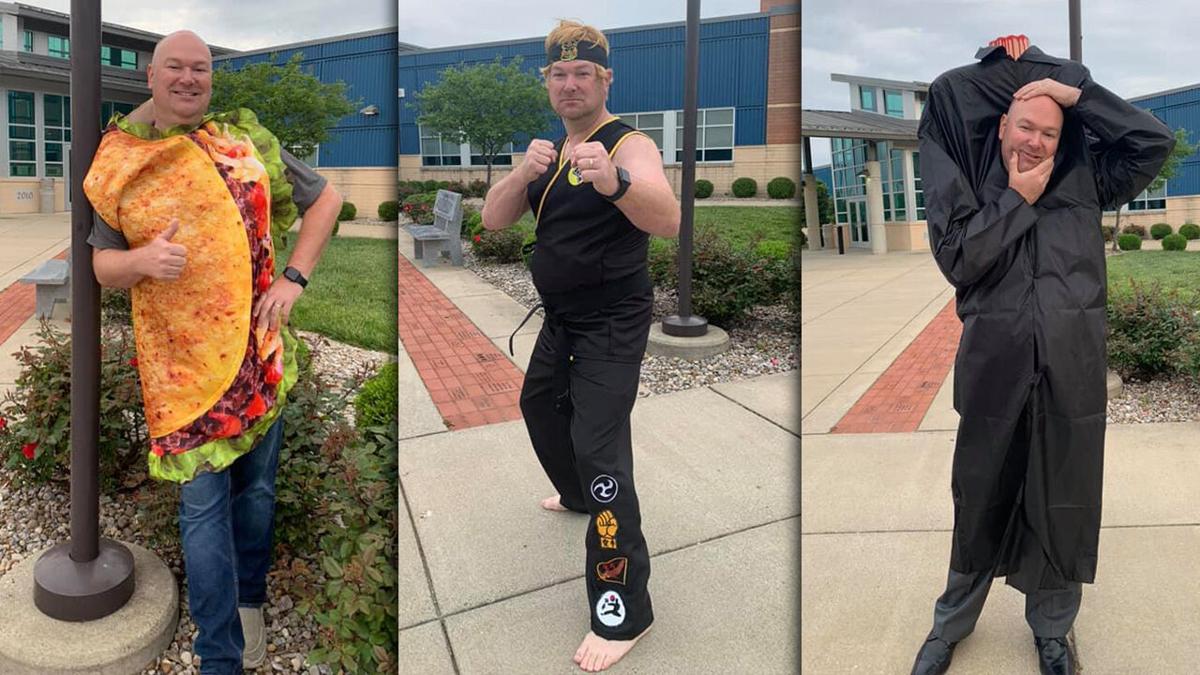 In the weeks leading up to the end of the school year, teacher, Nate Hayden turns into an entertainer. Every day brings a new look. 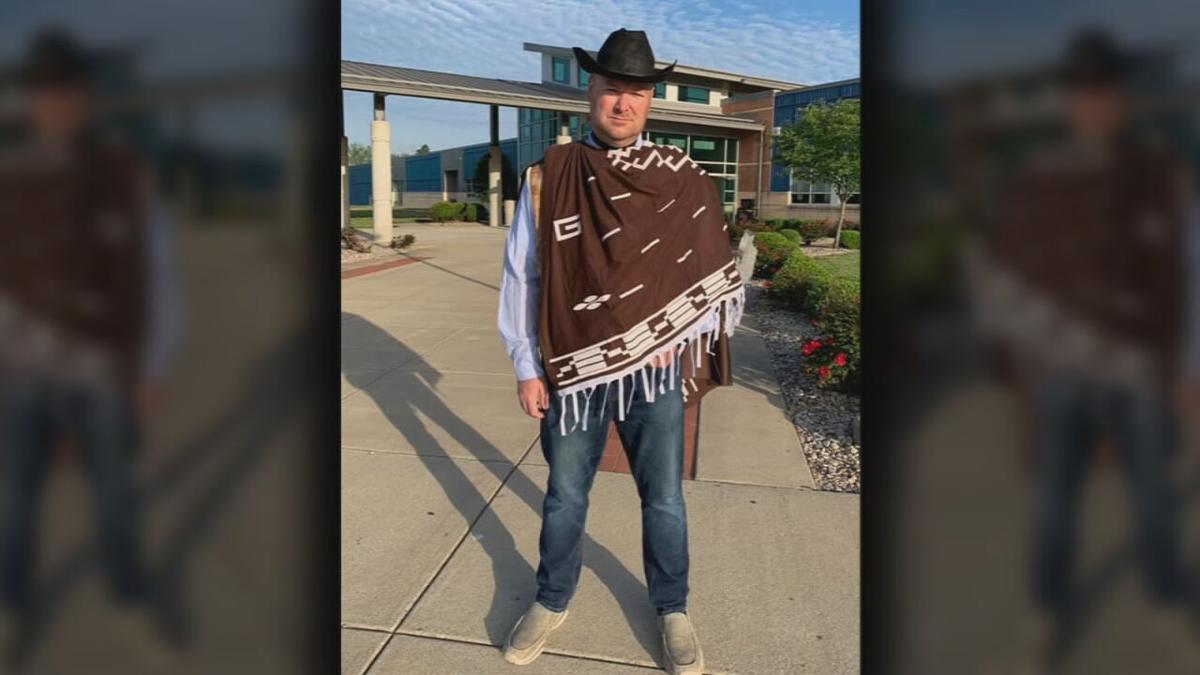 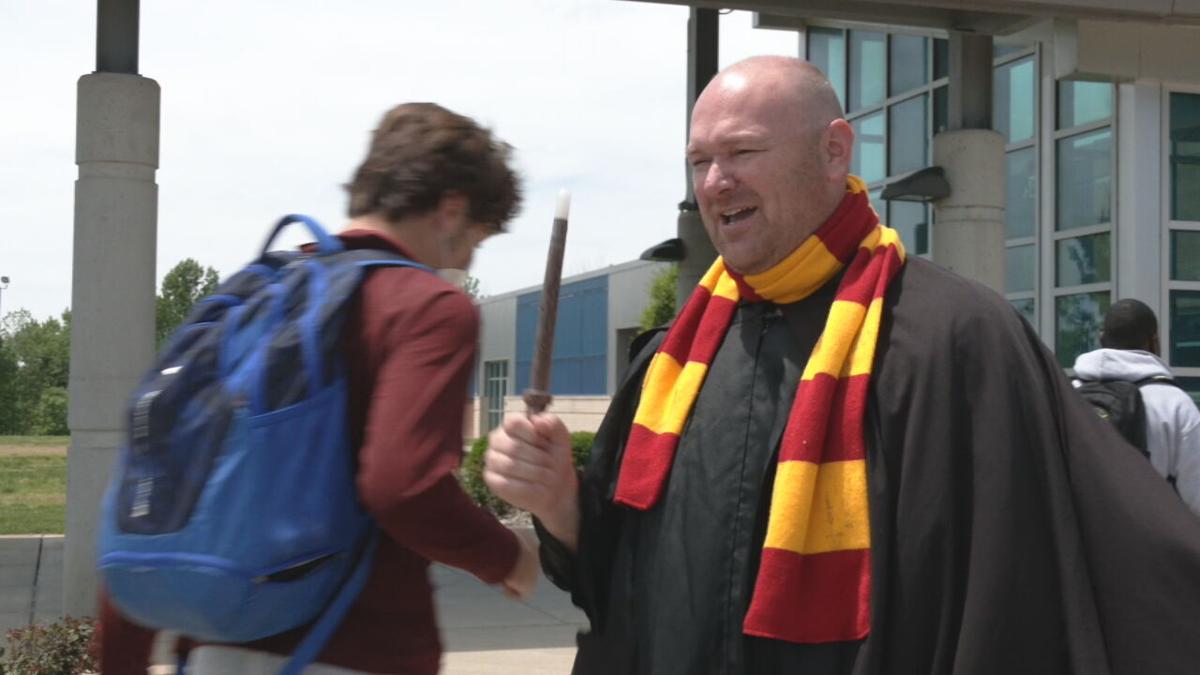 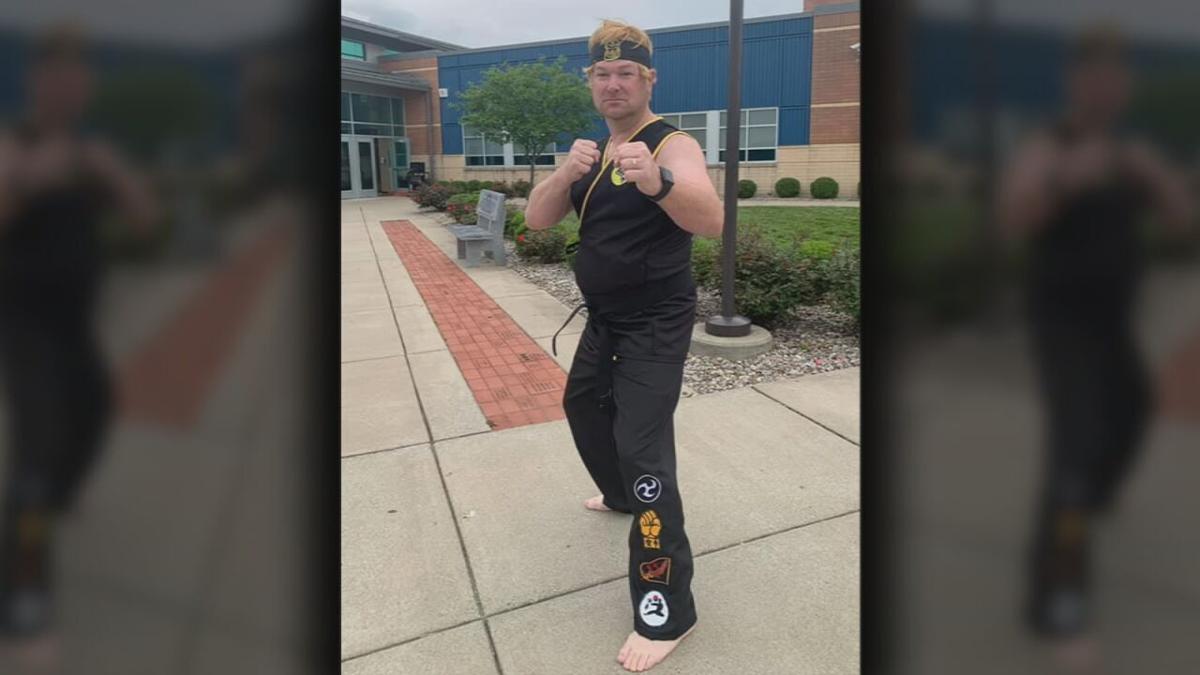 Hayden's outfit from Cobra Kai was a crowd pleaser.

In the weeks leading up to the end of the school year, teacher, Nate Hayden turns into an entertainer. Every day brings a new look.

Hayden's outfit from Cobra Kai was a crowd pleaser.

CHARLESTOWN, Ind. (WDRB) -- When the last lockers close, the chit chat fades, and the bell sounds, Music History class is not the first time during the school day Nate Hayden sees his students.

Except during the last couple weeks of the school year, he doesn't look quite like himself. He recently ditched the "teacher casual" look for a cape, scarf and wand.

"I think maybe him being out there helps puts a smile on everyone's face," said Charlestown High School freshman Kenzie Baker.

The get-up is a tradition at Charlestown High that's been going for more than a decade.

Parents, students and staff send suggestions and donate costumes, but Hayden said he usually tries to buy one or two costumes every year himself.

This year, he's done the Mandalorian, Rick Flair, a Taco and Clint Eastwood.

"It was from the Good, the Bad, and the Ugly,'" he said. "I'm like that's either our summer, or our student body, I'm not sure. Some of them didn't like that one."

The eyerolls from teens and one-liners are part of it.

Hayden has donned dozens of outfits over the years. He's dressed up as Gov. Andy Beshear during a COVID update, The Tiger King and a banana. Each one has a message about the end of school.

A lot of them are clever, some of them have raised a stink — especially the one where he's sitting on a toilet.

"I had shorts on, and I'm sitting there," Hayden recounted. "I'm like three days, that stinks. The assistant principal really enjoyed that one, but he said I probably shouldn't do that one anymore."

Playing dress-up is not some waste of time for Hayden. There's a reason he does it in the midst of finals and the end of the school year.

"It's been crazy," Hayden said.

While Hayden isn't a textbook teacher, he's the kind of educator his students will remember far past their days of walking the halls of Charlestown High.

"He cares, he wants to show that," student Isabella Spencer said.