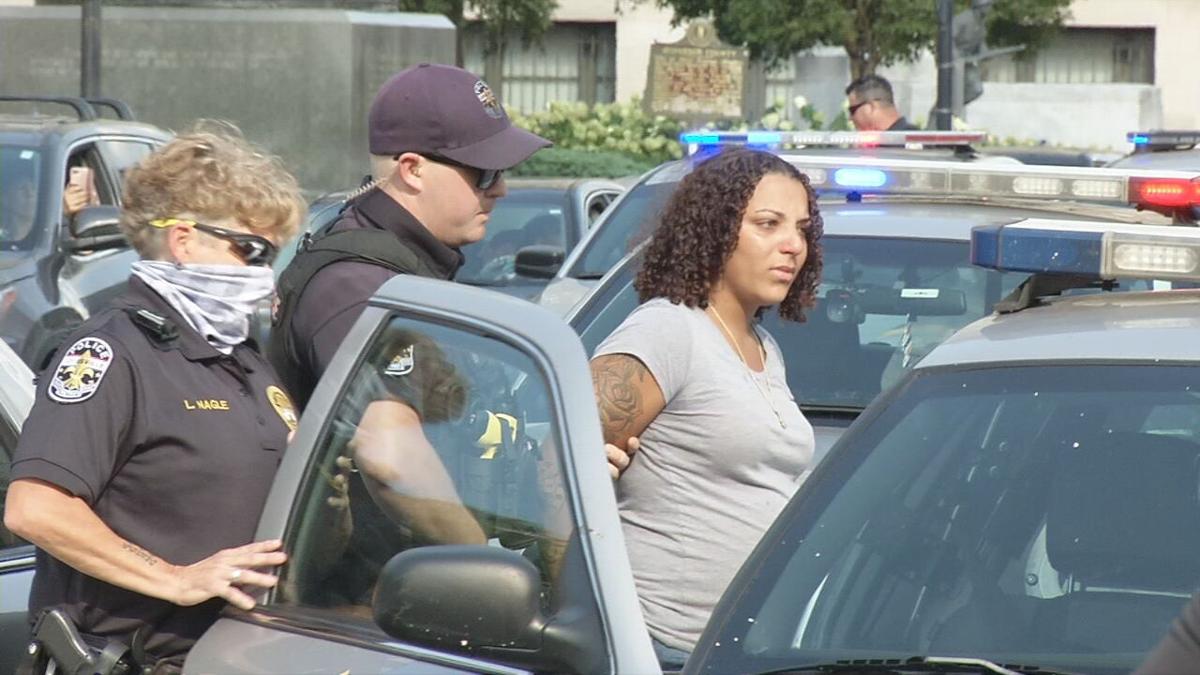 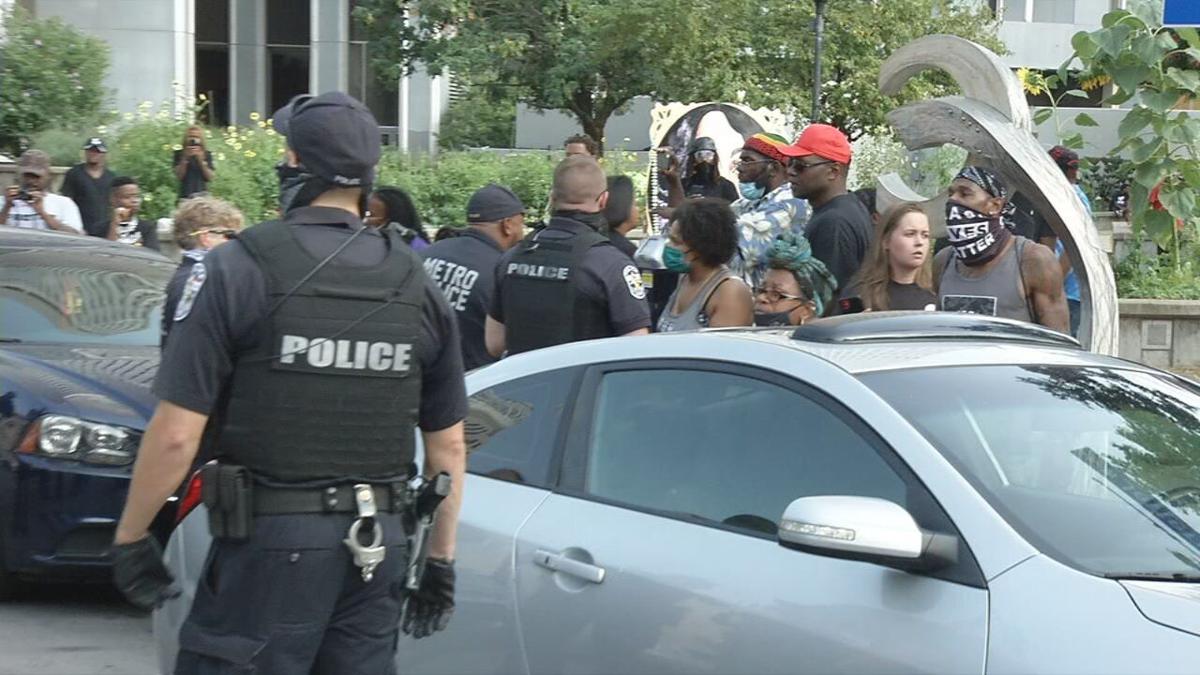 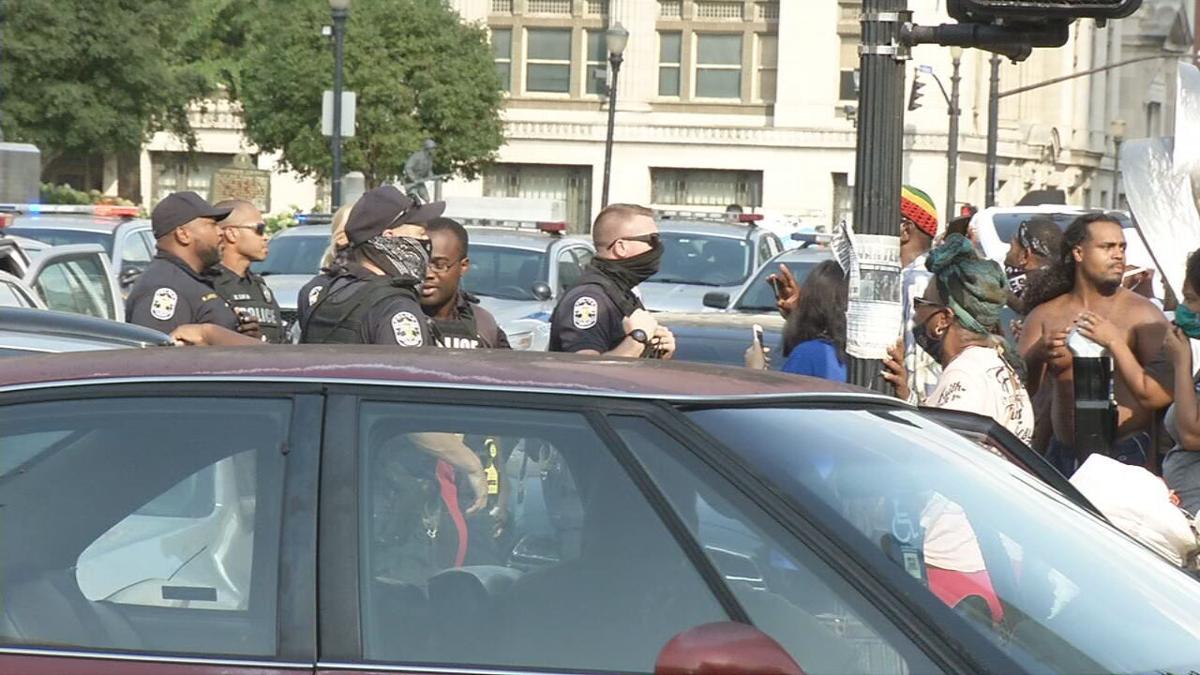 According to a statement from LMPD spokesman Dwight Mitchell, a woman was seen around 5 p.m. Wednesday in the park shooting paintballs at vehicles. Mitchell said two cars were reportedly hit by paintballs.

When officers got to the park, Mitchell said protesters "confronted" authorities. As one protester caught on their camera, an LMPD officer took down a man who was seen yelling and pointing at an officer.

A woman was also arrested and charged with reckless driving after she was seen putting a paintball gun in the trunk of a car and speeding away.