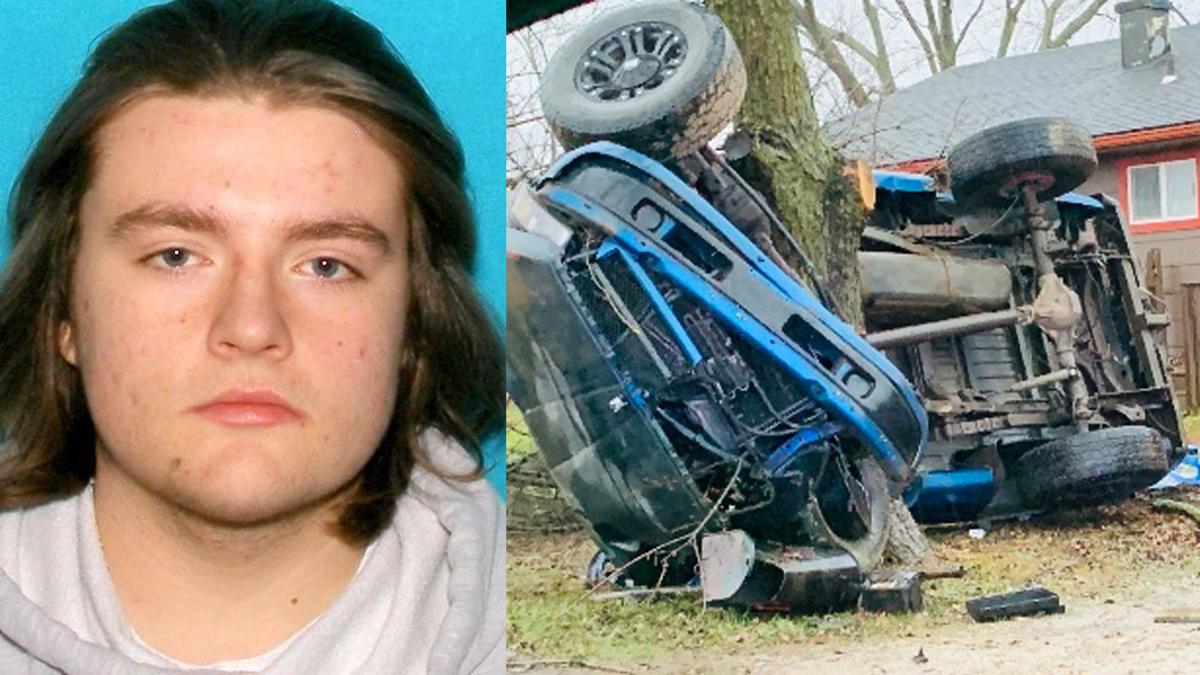 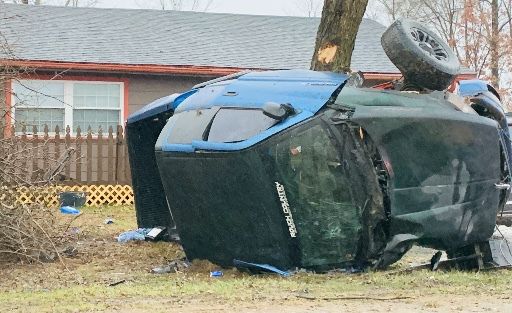 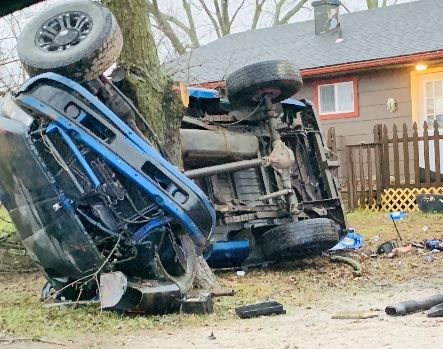 LOUISVILLE, Ky. (WDRB) -- Police in Indiana say a man was drunk when he drove a truck into a tree, then walked away from the crash.

According to a news release from the Indiana State Police Department, the crash happened just before 7:30 a.m. on Saturday on Lombardi Drive in Terre Haute, Indiana. That's just west of State Road 65.

Police say 19-year-old Ian Wilson was driving his Dodge Ram pickup truck west on Lombardi Drive when he went off the road, hit a tree and went airborne before landing on the passenger side and hitting a large tree.

Witnesses say Wilson climbed out of the truck and walked away from the accident scene. Police found him walking, half a mile away.

According to the news release, Wilson's blood alcohol content was .22 percent. He was injured in the incident, and was taken to Regional Hospital for treatment.

From there, he was taken to the Vigo County Jail, where he is currently being held on bond.