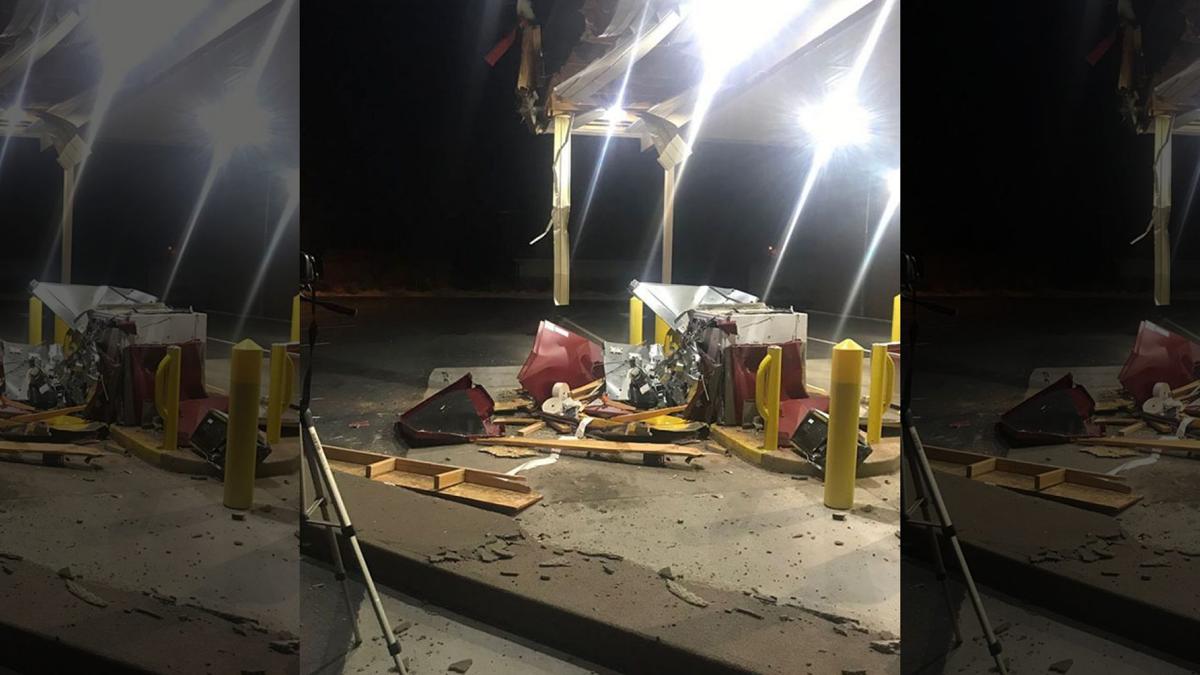 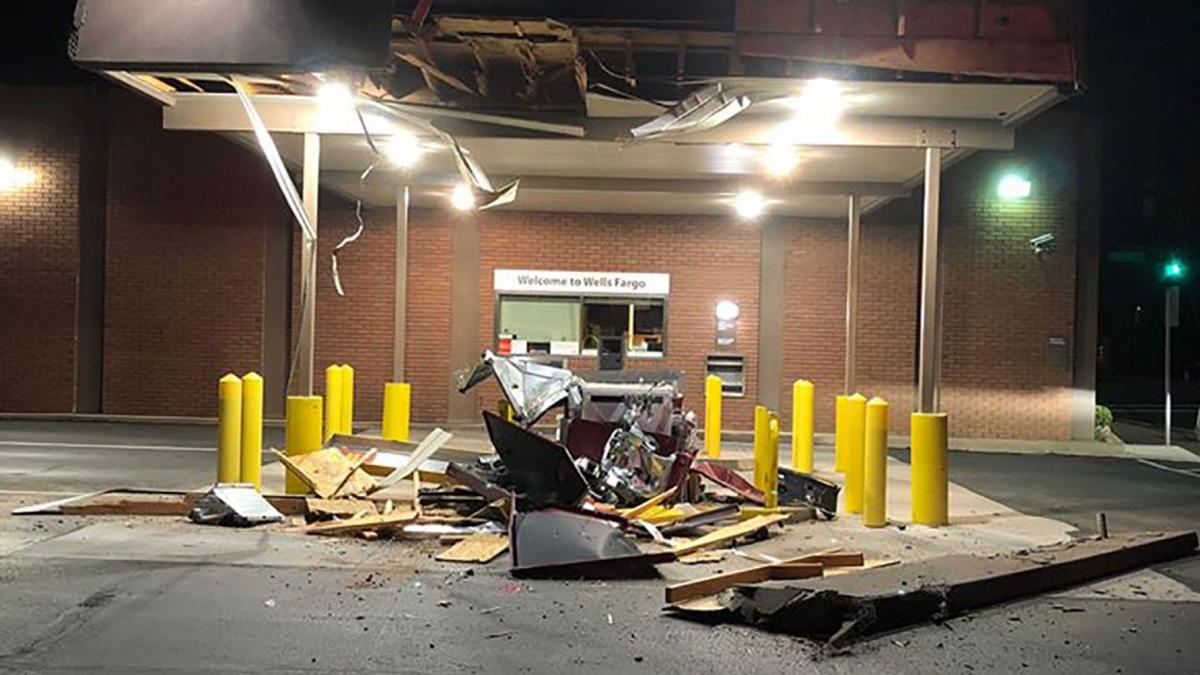 The robbers used a truck, a trailer, and unspecified heavy equipment in an unsuccessful bid to steal an ATM machine, police said. (Hurricane City Police Department)

The robbers used a truck, a trailer, and unspecified heavy equipment in an unsuccessful bid to steal an ATM machine, police said. (Hurricane City Police Department)

(FOX NEWS) -- A group of thieves in Utah failed to make off with an ATM early Saturday despite smashing the money machine to pieces with stolen "heavy equipment," investigators said.

Fox News reports the botched robbery unfolded at a Wells Fargo Bank just after 4 a.m. in Hurricane, a city in southwestern Utah, police said in a news release.

The suspects caused several thousand dollars in damage in their attempt to rip out the ATM using a stolen truck, a trailer and heavy equipment, cops said. They did not elaborate on what the "heavy equipment" exactly was.

Pictures from the scene showed pieces of the ATM at the bank's drive-thru service strewn around the area along with panels from the overhang above.

Unable to remove the machine, the suspects sped away and crashed the truck a short distance from the bank, police said. Despite efforts from officers and K-9s to search the area, they did not immediately find any suspects.

Detectives were following several leads as part of the ongoing investigation, according to the department.

Meanwhile, all the stolen property was recovered at the crash site and returned to its respective owners.