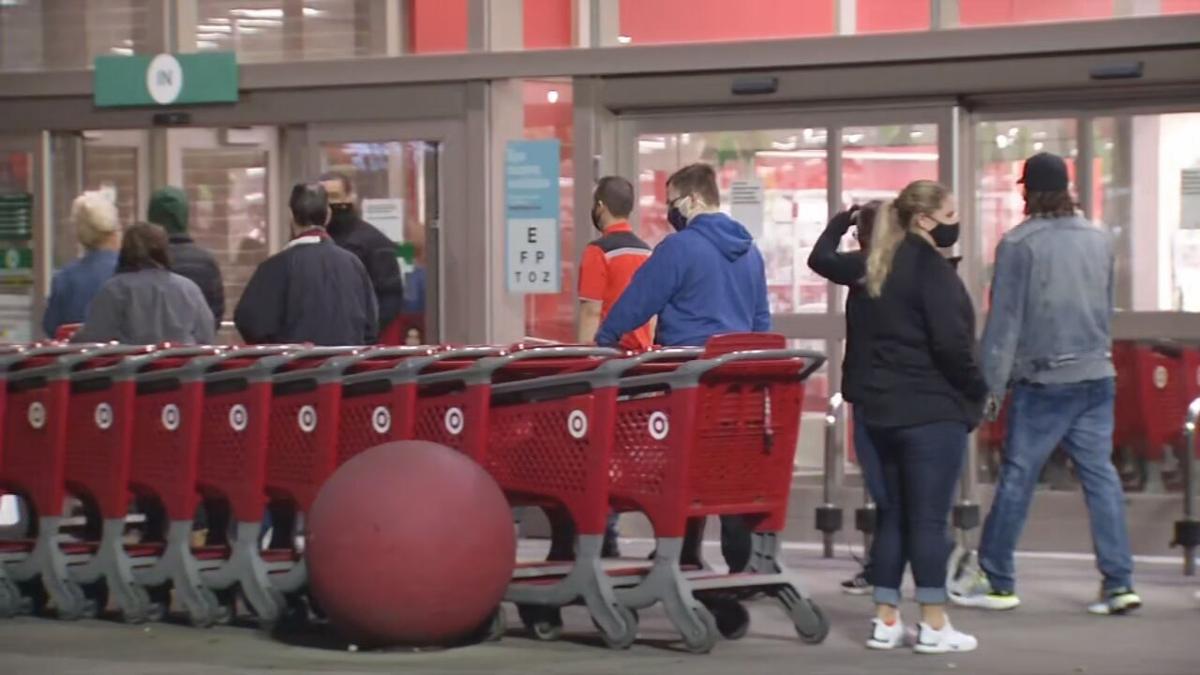 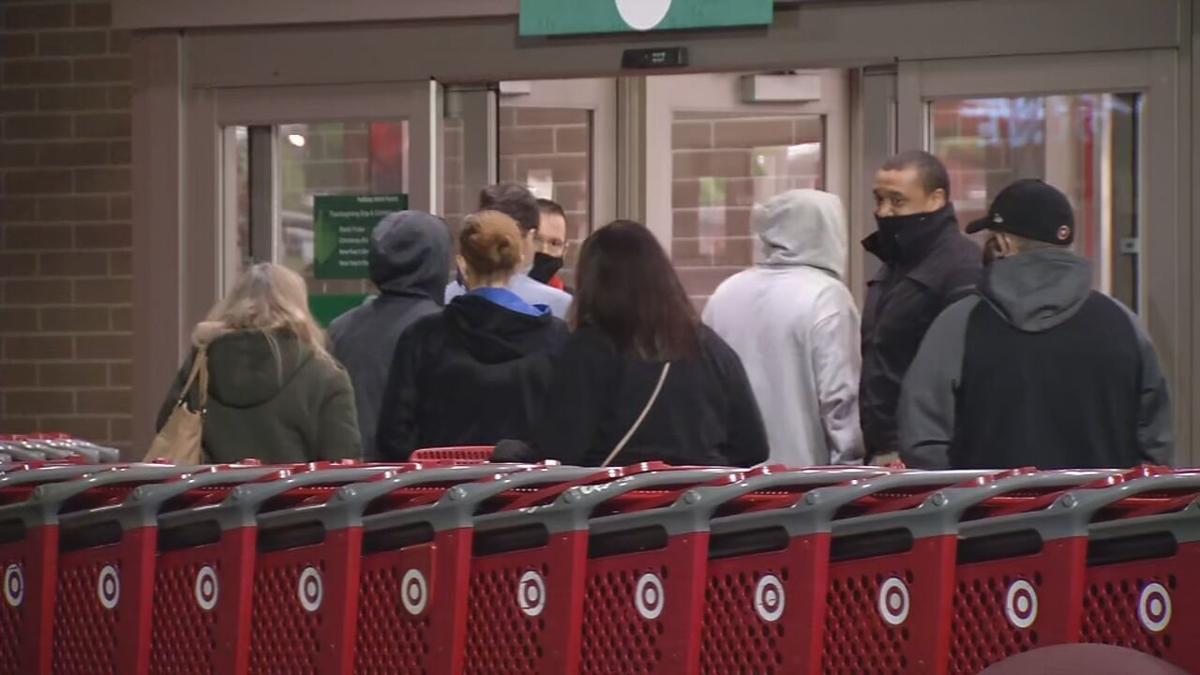 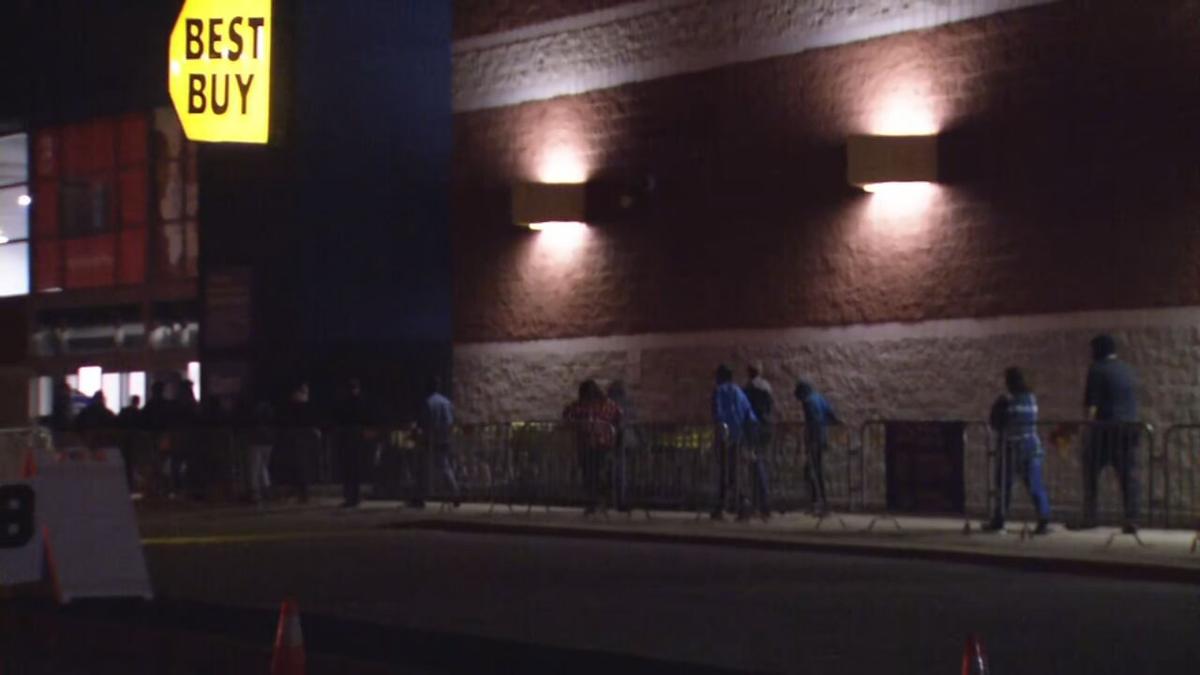 Small crowds in masks lined up outside of some major retailers early on Friday morning. At the Walmart in Middletown about 50 people waited outside for the store to open at 5am. There was a similar scene outside of Target just before doors opened at 7 a.m.

Other stores like Best Buy saw a couple dozen people lined up outside the building ready to snag deals on electronics.

Experts say the decreased shopping crowds is no surprise as Black Friday shopping has been on a decline for a few years as people gravitate toward online shopping. That, coupled with the pandemic, made for a slower morning across the area.

Across the river in Clarksville, Lewis and Clark Parkway is usually bumper to bumper on Black Friday, as shoppers make their way to their favorite stores, but Friday morning few people were on the road. However, just off Veterans Parkway a parking lot for Old Navy, Best Buy and Target filled quickly with employees and customers.

The CDC is advising against in-store shopping this holiday season, as COVID-19 cases across the country rapidly increase.

The day after Thanksgiving has been losing its luster as the unofficial start to the holiday shopping season for the past several years, with more stores were offering holiday discounts throughout the month. Still, Black Friday has remained the busiest day of the year, according to ShopperTrak, and is expected to hold that title again this year.

The National Retail Federation, the nation’s largest retail trade group, has taken an optimistic view, predicting that shoppers will be looking for reasons to celebrate. The trade group expects sales for the November and December period to increase between 3.6% and 5.2% over 2019 compared with a 4% increase the year before. Holiday sales have averaged gains of 3.5% over the past five years.

Retailers were successful in convincing shoppers to spend early by pushing big discounts in mid-October. And shoppers have shown their willingness to spend for other holidays like Easter and Halloween.

Thanksgiving Day hit a new record online as spending reached $5.1 billion, up 21.5% compared to a year ago, according to Adobe Analytics, which measures sales at 80 of the top 100 U.S. online retailers. Among the most popular items were Lego sets, Barbie toys, and kid scooters, HP laptops, and Apple Watches, according to Adobe. The popularity of Netflix’s “Queen’s Gambit” has boosted sales for chess-related items by more than threefold compared to the previous month, Adobe said.

Black Friday is projected to generate $10 billion in online sales, a 39% bump from the year ago period, according to Adobe Analytics. And Cyber Monday, the Monday after Thanksgiving, will remain the biggest online shopping day of the year with $12.7 billion in sales, a 35% jump.

The pandemic has already benefited Amazon, which continues to seal its dominance in the online space as jittery shoppers click on their devices instead of venturing into stores. Likewise, big box chains like Walmart and Target that were allowed to stay open during the spring lockdowns fared far better than department stores and other non-essential retailers that were forced to close. That disparity helped speed up bankruptcy filings of more than 40 chains, including J.C. Penney and J.Crew, and resulted in hundreds of stores closings.

Department stores and other clothing stores that haven’t yet recovered from the closures during the spring will have a hard time making up for lost sales, says Ken Perkins, president of Retail Metrics LLC , a retail research firm.

Copyright 2020 WDRB Media. The Associated Press contributed to this report. All Rights Reserved.