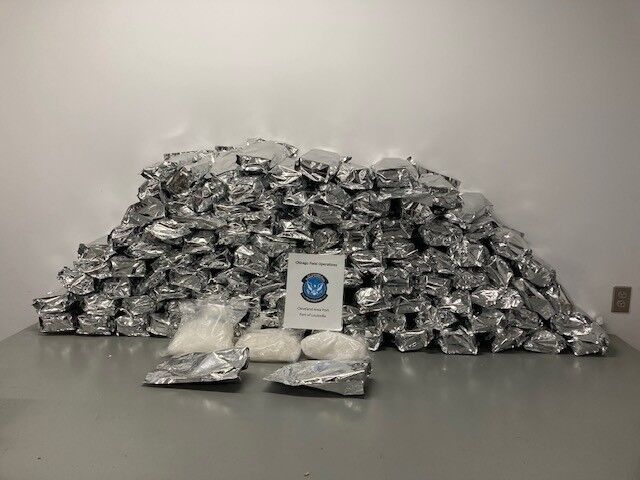 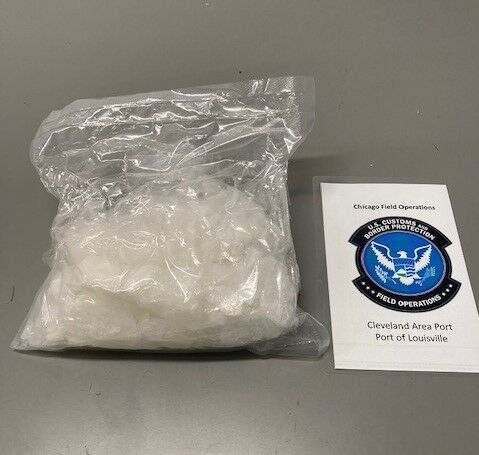 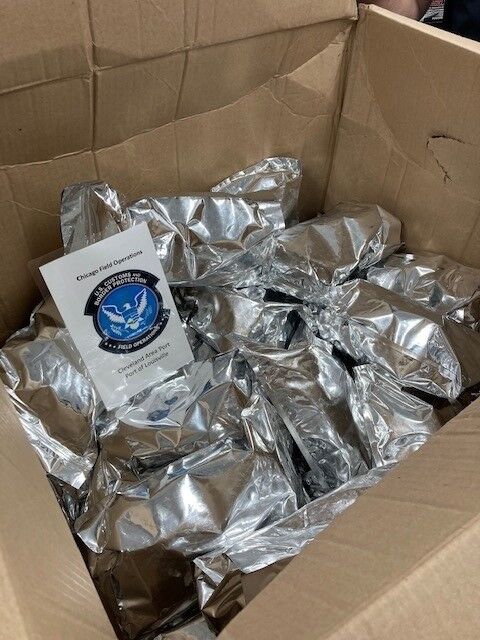 The shipment, which came from Mexico and was headed to Hong Kong, was hidden in rugs, U.S. Customs and Border Protection (CBP) said.

"This is a huge seizure that began with FWS and ended with our officers finding these packets of methamphetamine," Thomas Mahn, Port Director-Louisville, said in a news release. "The men and women at the Port of Louisville are committed to stopping the flow of dangerous drugs, and they continue to use their training, intuition, and strategic skills to prevent these kinds of illegitimate shipments from reaching the public."

The shipment, which was manifested as "silica gel" and packed in foil bags, has a street value of $2.16 million, CBP said.