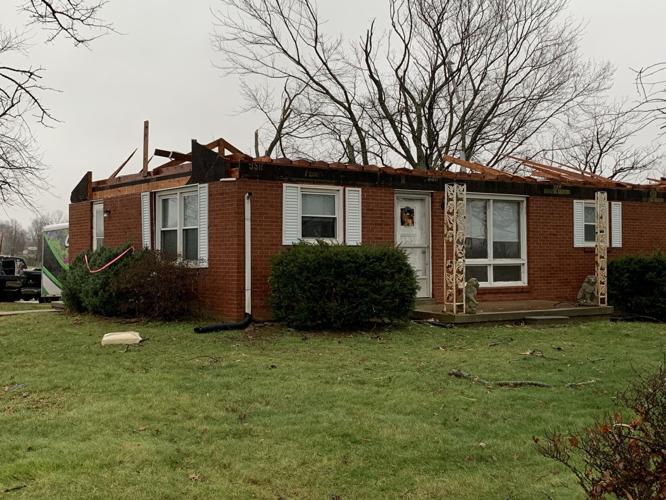 A roof was ripped off a home in Campbellsville during a severe storm. (WDRB Photo) 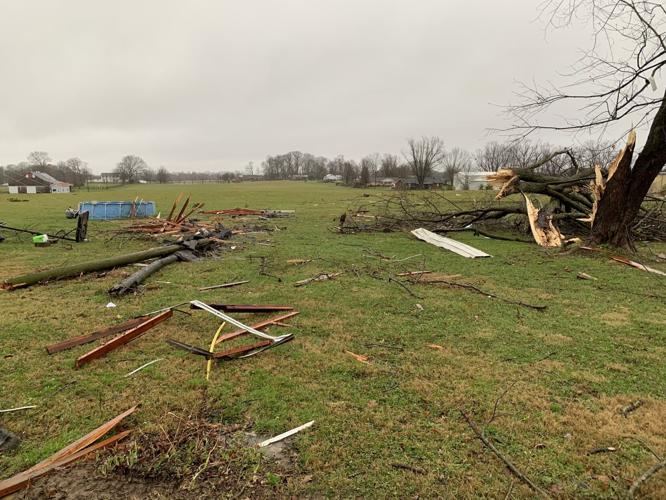 Trees were damaged during the severe storm in Campbellsville. (WDRB Photo) 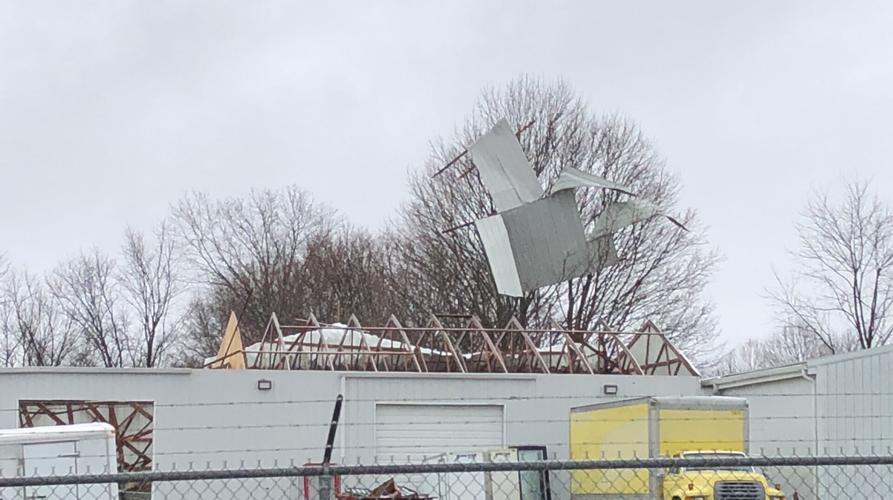 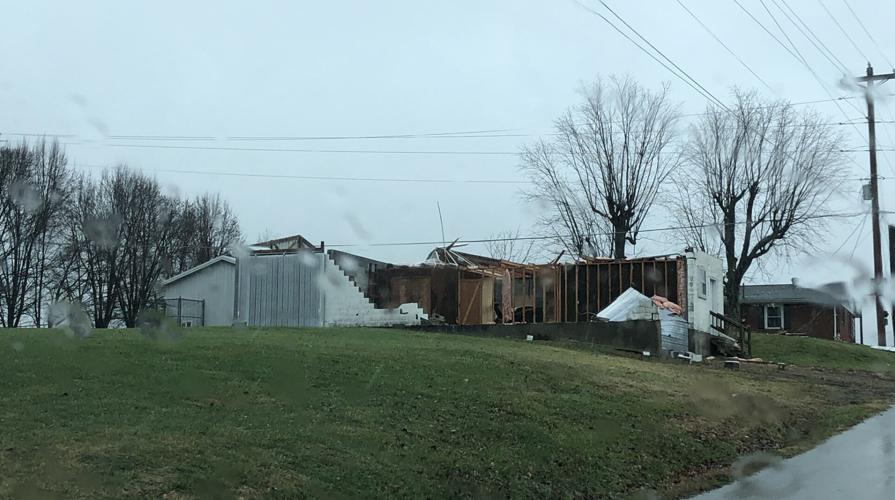 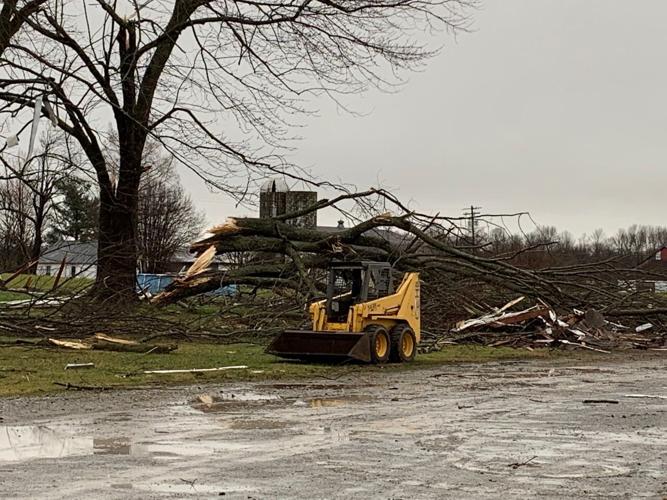 A look at the severe storm damage in Campbellsville, Kentucky. (WDRB Photo) 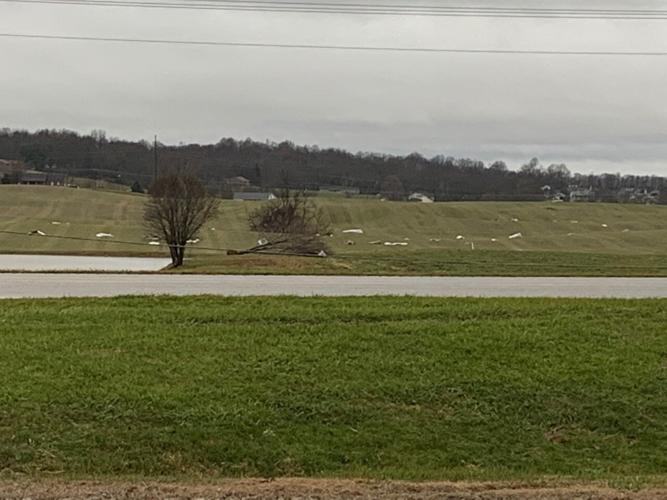 A look at the severe storm damage in Campbellsville, Kentucky. (WDRB Photo)

A roof was ripped off a home in Campbellsville during a severe storm. (WDRB Photo)

"It is devastating that we are once again experiencing severe weather just weeks after the deadly tornadoes hit Western Kentucky," Beshear said, in a statement. "Sadly, some counties have been affected by both of these events."

There were also reports of tornado touchdowns in Hopkinsville, Kentucky, and in Taylor County, Kentucky.

Parts of Western and Eastern Kentucky are experiencing widespread flooding, with a reported tornado in Hopkinsville and multiple warnings and watches across the South Central and Western region. Please be aware, stay safe and seek shelter when advised.

A dispatcher with the Taylor County Sheriff's Office said first responders had been sent to check out reports of broken telephone poles, downed trees and structure damage.

There are also reports of damage in Campbellsville, Kentucky. A spokesman for the Campbellsville Police Department says the storms caused damage to structures there, including roof damage and some garages that were "pretty much torn completely down." He also said there were numerous reports of downed trees. He was not aware of any reports of injuries.

"You don’t really really think about it until it happens to you," said Cody Morgan whose parent's home had its roof ripped off. "I don’t have the words. Just glad everyone is OK. This is materialistic things that can be replayed, re-built. We’re just glad everybody is OK."

Images provided by WDRB viewer Ethan Bo Bethan appear to show a brick building that suffered severe damage, with part of the wall and roof gone. Bethan said the image had been taken in the Red Fern area of Campbellsville.

Took this moments before tornado warning issued… I can’t handle much more of this insanity 😶 pic.twitter.com/kEZbQq2KVq

A dispatcher for the Green County Sheriff's Office says there are also reports of structural damage from the storms in that county, but no reports of any injuries.

As a result of the State of Emergency declaration, Kentucky Emergency Management has activated the State Emergency Operations Center, and personnel from the Kentucky National Guard, Kentucky Transportation Cabinet, Kentucky State Police and the Kentucky Department of Public Health are monitoring the developing situation.

This boat was found blown eight homes away. @WDRBNews pic.twitter.com/v9JjVOCv3a

"Unfortunately, we continue to experience severe weather in the commonwealth as we move into the new year, with impacts across our south central counties experiencing heavy rainfall, flash flooding, tornado strikes and continuous squall lines," said Michael Dossett, director of Kentucky Emergency Management, in a statement. "Please give way to emergency responders operating in numerous counties and stay off transportation routes today if at all possible."