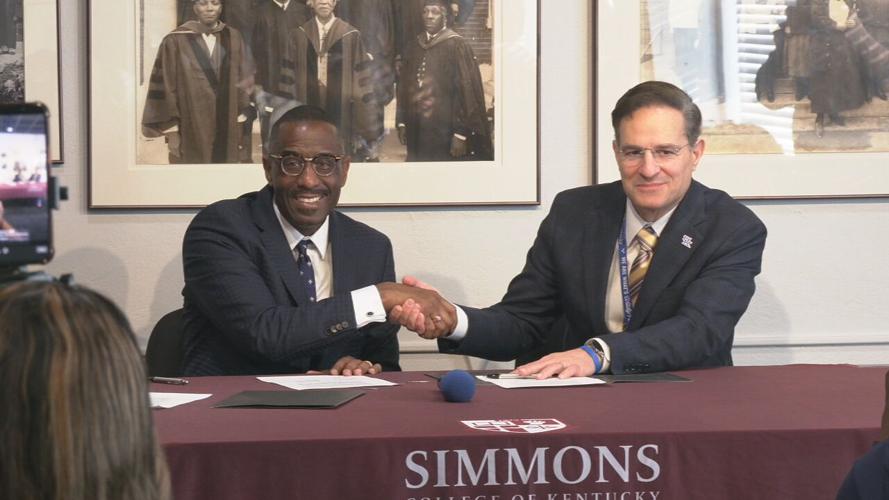 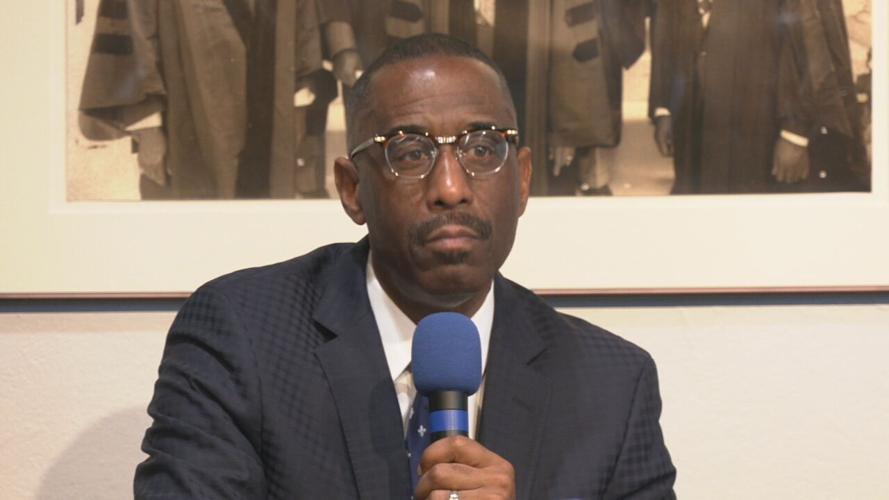 Simmons College has reacquired its original campus, secured accreditation, been recognized by the U.S. Department of Education as an HBCU and brought back athletics, a marching band and Greek life under Cosby's direction.

LOUISVILLE, Ky. (WDRB) -- Simmons College of Kentucky is teaming up with the University of Kentucky.

The agreement announced Tuesday morning creates a new pre-law and teacher education program at Simmons and gives opportunities for students and staff to visit for special events and speakers at the two schools.

Starting right away, students and staff will be opening invitations to educational speakers and campus events in both Lexington and Louisville.

Next, Simmons will be revitalizing a pre-law program that is expected to start next fall. A planned teacher education track is expected to take two to three years.

Here’s the signatures on a memorandum of understanding. The pre-law program could be available at Simmons as soon as next fall. The teacher education program would likely take between 2-3 years because of regulations. @WDRBNews pic.twitter.com/WN8FEA4vFe

Cosby says this partnership is just the beginning.

"What we must provide Black kids in poor neighborhoods are paths to success. And if we can do that, we will be fulfilling the dream of Martin Luther King," he said.

The announcement marks the latest in a string of facility and educational expansions for Simmons College. The historically Black college told WDRB in the fall that enrollment has doubled.

Those enrollment numbers show the resurgence of the HBCU that was on the verge of closing 20 years ago. Its history and growth is now part of the college's curriculum.

Alex Campbell, a senior at Simmons College, said the school has done a wonderful job of making sure students known its history and legacy.

"Seeing the audacity of Simmons to go to an orphanage and still continue classes, even down to the point of being able to come back to their original campus in 2005," Campbell said.

Cosby became the school's 13th president in 2005, and helped to rebuilding the school.

"He came with the intent in mind of restoring Simmons beyond what it had become known to be, a Bible college," said Dr. Frank Smith Jr., senior vice president and chief operating officer at Simmons. "Dr. Cosby came in and aggressively brought resources of personnel, gifts and talents of people from the St. Stephen's church and other churches."

Simmons College has reacquired its original campus, secured accreditation, been recognized by the U.S. Department of Education as an HBCU and brought back athletics, a marching band and Greek life under Cosby's direction.

The partnership with the University of Kentucky is further proves the HBCU's growth.

Campbell said the announcement on Tuesday is another reminder he made the choice.

"It is phenomenal, it is a feeling that words can't describe," Campbell said.