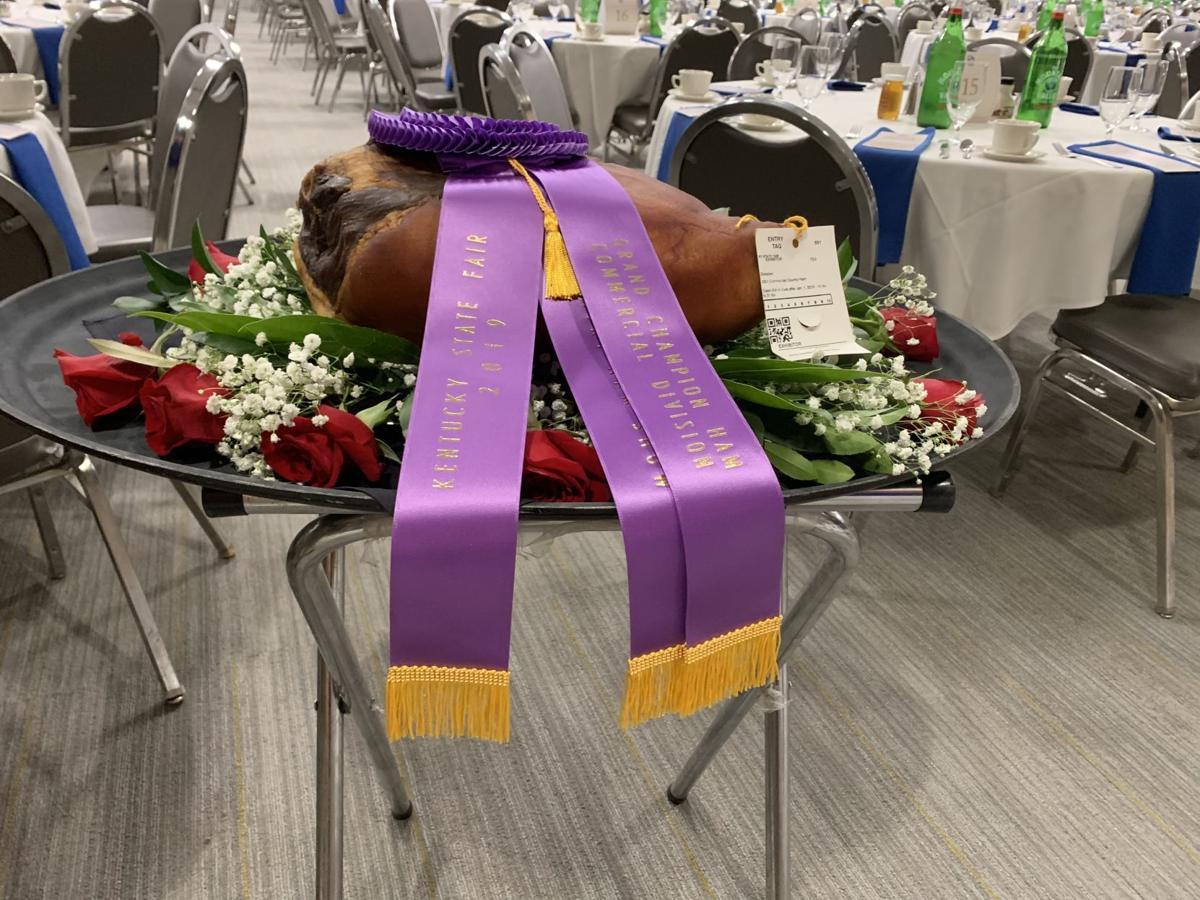 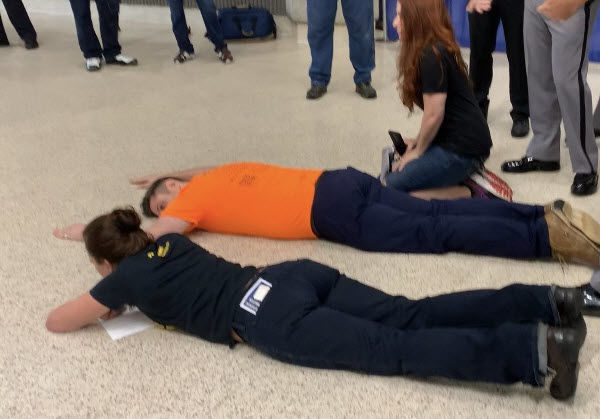 The annual event at the Kentucky State Fair which hosts pork, politics and philanthropy, is sponsored by the Kentucky Farm Bureau.

Every year, the winning bidder donates the money to one or more charities. Central Bank says it will divide the money among the following organizations: UK healthcare, UK athletics, UK Gatton School of Business, Transylvania University, and St. Elizabeth's Healthcare in northern Kentucky.

In addition to people attending the breakfast to celebrate Kentucky's agriculture community, protesters from the Kentucky Fairness Campaign, which says the Kentucky Farm Bureau promotes anti-LGBTQ policies, showed up.

Protestors have gathered outside the ham breakfast. They say the Kentucky Farm Bureau has discriminatory policies including anti-LGBTQ and anti-unions. @WDRBNews pic.twitter.com/q1vLer6Ffv

The Fairness Campaign says the Bureau lobbies for policies outlined in its policy book, which it says includes anti-teacher, anti-union and anti-choice statements.

Several protesters who entered the breakfast, with tickets, were taken away in handcuffs after they began yelling "Freda wants ham!" (Freda is a puppet the protesters created as a spoof of the 18-foot Freddy Farm Bureau farmer that greets visitors at the entrance of Freedom Hall.)

Correction: they were put in handcuffs. It’s unclear if they were actually arrested. https://t.co/xE6JwS337p

State troopers dragged Fairness Campaign director Chris Hartman out of the building in handcuffs. As he was lying on the ground, Hartman said "this is a police state ... this is what discrimination looks like."

American Civil Liberties Union of Kentucky spokeswoman Amber Duke said the arrest happened when Hartman was denied entry to the event despite having a ticket.

Activists Carla Wallace and Sonja DeVries were also arrested and charged with disorderly conduct and menacing.

The Fairness Campaign said members were there for what has become an annual protest of the Farm Bureau's stance on gay rights and other issues.

Farm Bureau spokesman Todd Bright says it did not give instructions to deny anyone entry to the event. The organization says it does not discriminate, but its policies do reflect its membership.

Hartman was also arrested for protesting at the event in 2015 and charged with disorderly conduct and failure to disperse. Prosecutors later dismissed those charges.

Since the event began in 1964, the Kentucky Farm Bureau has raised more than $10 million for charities across the state.

The first ham purchased in 1964 sold for $8 per pound, for a total of $124. But bidding wars from individuals and corporations have driven the price paid for the ham to an average of $745,000 over the past decade.

Copyright 2019 WDRB Media. All Rights Reserved. The Associated Press contributed to this report.