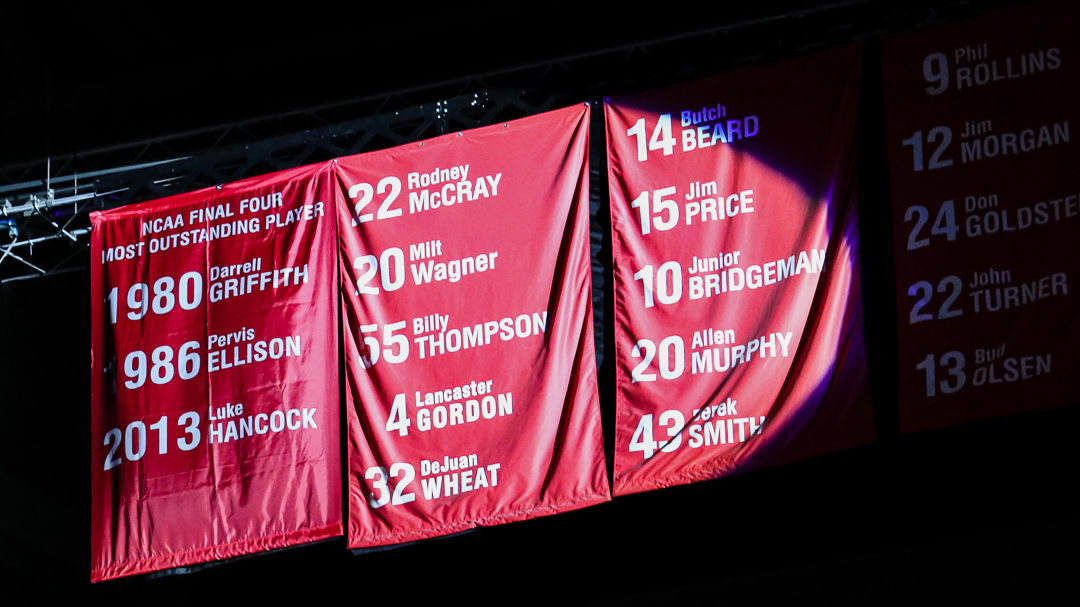 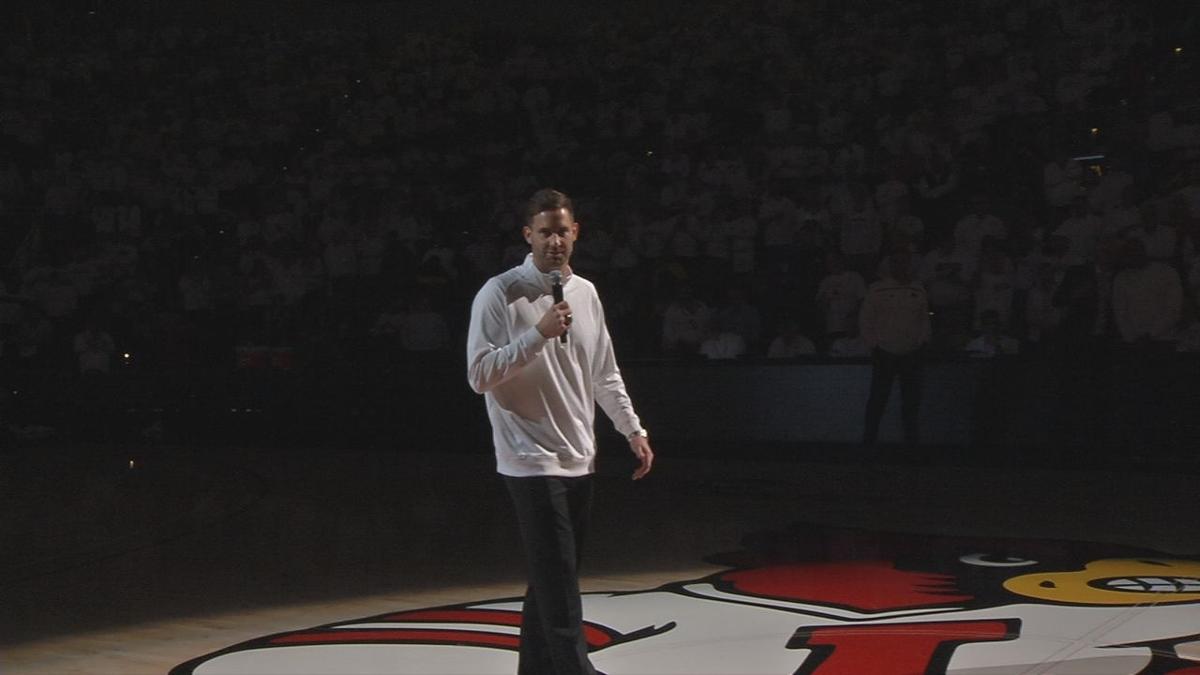 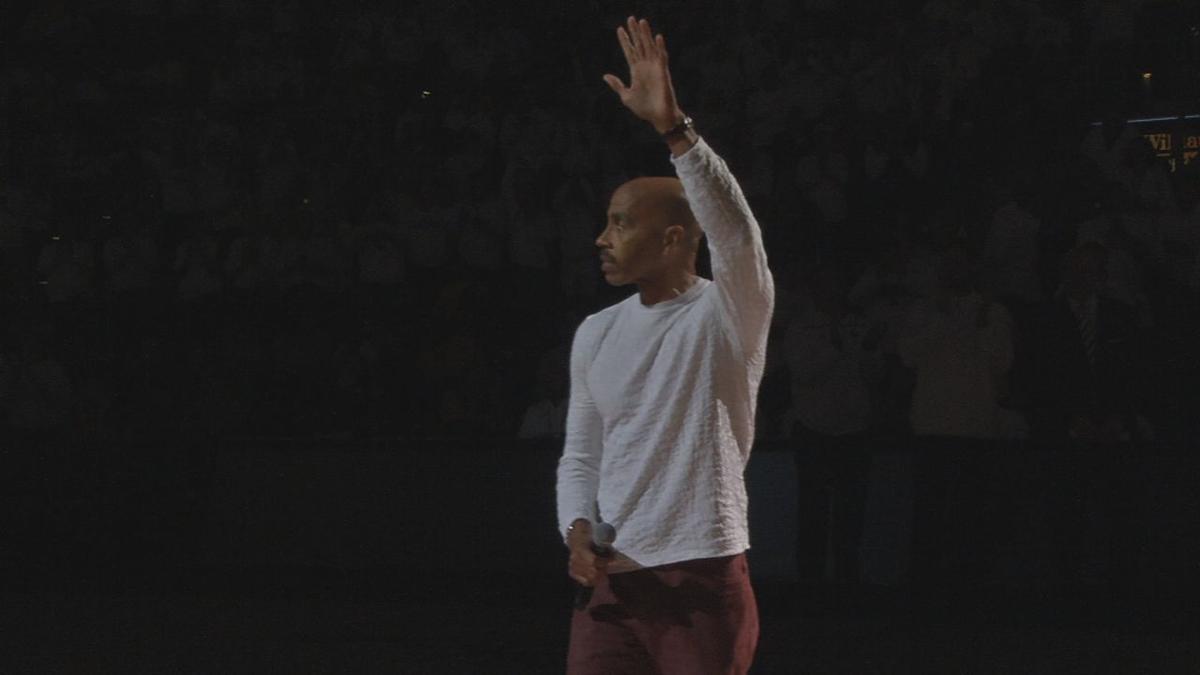 The win cemented the Cardinals as the best team in the country to date, but what happened at halftime will live longer in fans' memories.

Blanketed in a sea of 20,000 fans wearing white, Darrell Griffith and Luke Hancock strolled to mid-court to watch as their names were unveiled in the rafters. Both men, along with Pervis Ellison, were permanently enshrined with a banner acknowledging their Final Four Most Outstanding Player awards.

Hancock, who won the award in the 2013 Final Four in Atlanta, fought to have his name honored. When the NCAA vacated the Cardinals' third NCAA Championship in the wake of scandal, Hancock and other U of L players sued. The lawsuit demanded the NCAA restore that title, and issue a declaration that the players, "did not engage in striptease dances, prostitution and tipping of strippers as implied."

The players settled out of court with the NCAA, ultimately receiving all statistics from the title game against Michigan as well as Hancock's designation as MOP. He scored 42 points that weekend in wins over Wichita State and Michigan.

Hancock and Griffith made fans feel those memories rush back. Many felt like little kids with all the excitement building throughout the day, and it did not disappoint. Even though it was December, it had the feeling of an NCAA Tournament game.