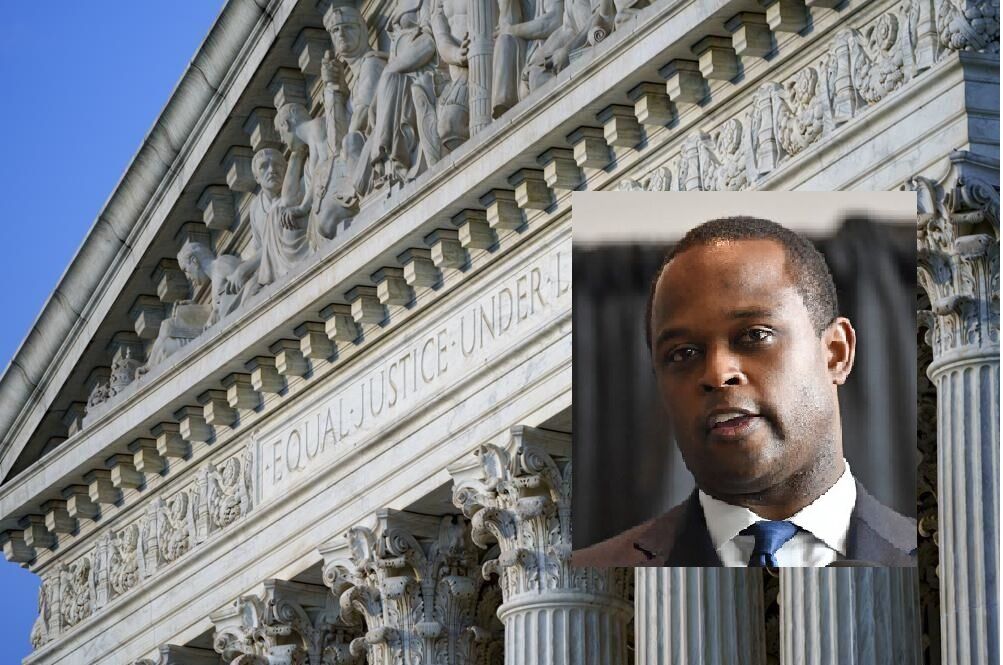 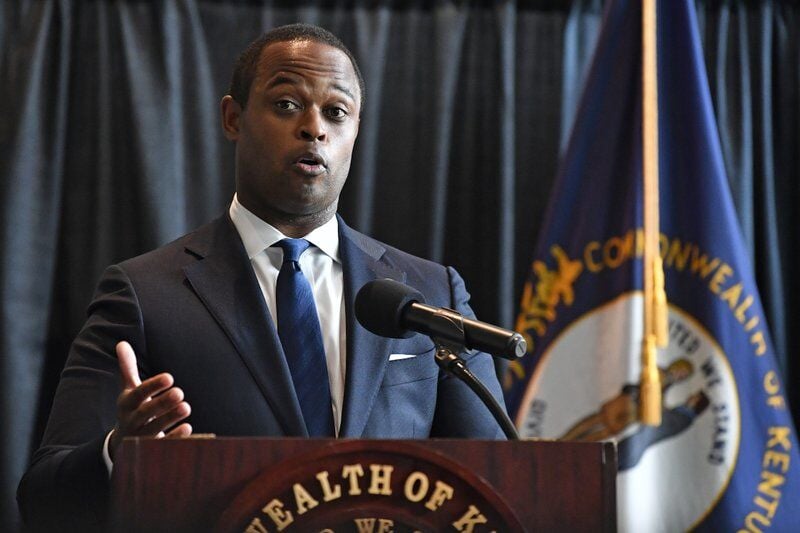 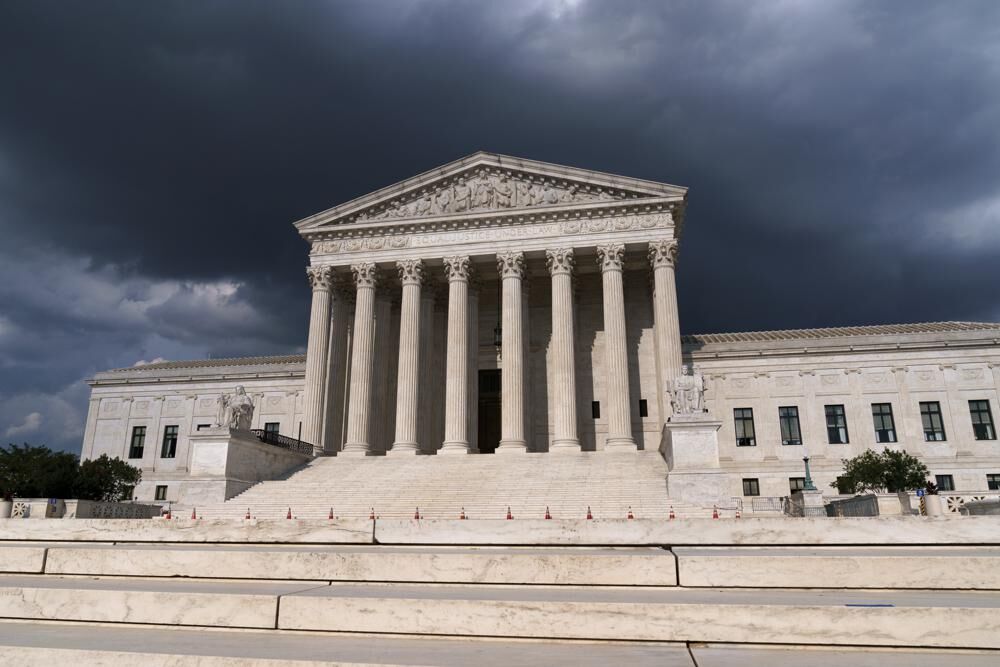 In this June 8, 2021 photo, with dark clouds overhead, the Supreme Court is seen in Washington. (AP Photo/J. Scott Applewhite)
1 of 3

In this June 8, 2021 photo, with dark clouds overhead, the Supreme Court is seen in Washington. (AP Photo/J. Scott Applewhite)

AG Daniel Cameron hopes to convince the high court to allow his office to  champion Kentucky's abortion law in court, calling his office the “last line of defense" for the measure that would block a second-trimester procedure to end pregnancies.

Cameron said his first goal is to persuade the U.S. Supreme Court to let him defend the 2018 law, which was previously struck down by lower courts. The Supreme Court agreed to hear the procedural dispute and scheduled the hearing Tuesday.

The disputed Kentucky law took aim at an abortion procedure known as “dilation and evacuation,” in which the fetus is removed with instruments. Abortion opponents call it “barbaric and gruesome.” Abortion-rights supporters say it’s a safe method for terminating a pregnancy.

The procedure accounted for about 300 of the 3,200 abortions performed in Kentucky in 2018, the year the law was passed, according to a published report.

If Cameron prevails on the procedural issue, he said, he wants to give the law a second chance before the 6th U.S. Circuit Court of Appeals in Cincinnati. The law was struck down by a federal district judge in Kentucky in 2019, and a three-judge panel of the 6th Circuit upheld that ruling.

The law's opponents include the American Civil Liberties Union. Alexa Kolbi-Molinas, senior staff attorney with the ACLU Reproductive Freedom Project, declared “enough is enough" in pushing back against Cameron's efforts to defend it.

“Two courts already held that this law violates the rights of Kentuckians,” Kolbi-Molinas said in a statement last week. “The Supreme Court ought to put an end to the attorney general’s attempts to force people to continue their pregnancies against their will. Politicians across the country are using every tool in the shed to push abortion further and further out of reach."

In striking down the Kentucky law, the federal district judge said it would create a “substantial obstacle” to a woman’s right to an abortion, violating constitutionally protected privacy rights.

Cameron's appeal on the procedural issue stems from changes at the top of Kentucky government.

The disputed law was backed by former Gov. Matt Bevin, an anti-abortion Republican who was ousted in the 2019 election by Democrat Andy Beshear, who supports abortion rights. Beshear's administration decided to drop the case after the 6th Circuit panel ruled against the law.

Cameron, who succeeded Beshear as attorney general, then tried to intervene in hopes of appealing the case. The 6th Circuit rejected his request, saying his attempt to intervene came too late, but the Supreme Court agreed to hear the matter.