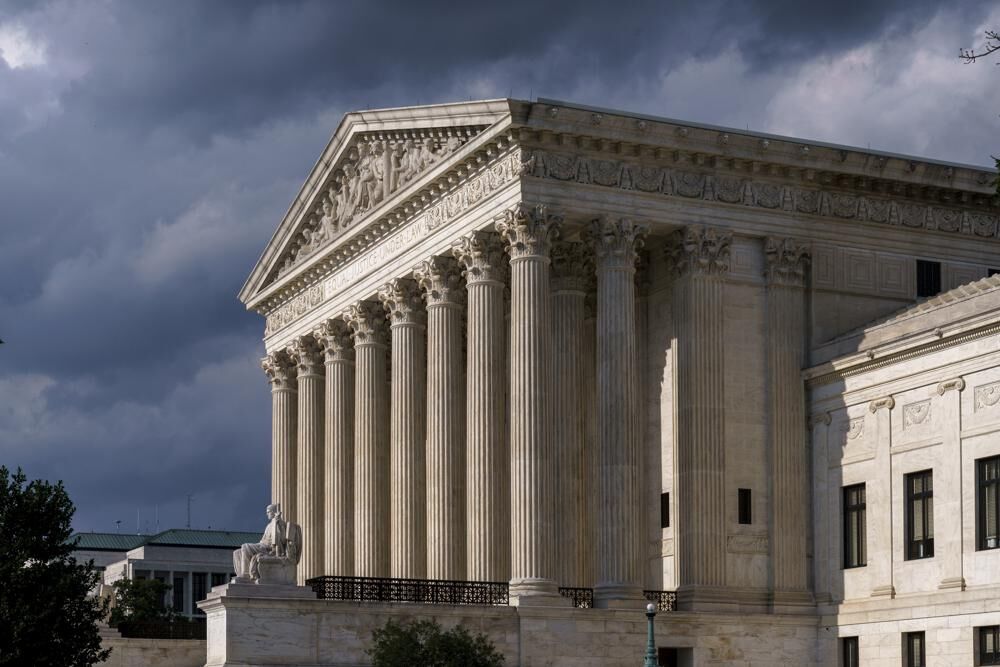 In this June 8, 2021 photo, with dark clouds overhead, the Supreme Court is seen in Washington. (AP Photo/J. Scott Applewhite) 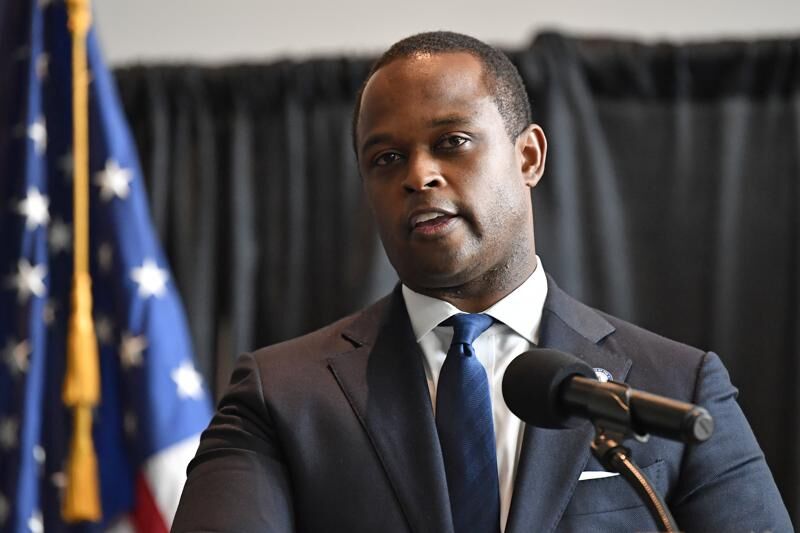 FILE - In this Wednesday, Sept. 23, 2020 file photo, Kentucky Attorney General Daniel Cameron speaks during a news conference in Frankfort, Ky. A Kentucky judge has temporarily blocked a new parole board policy that would give dozens of convicted murderers another chance at potentially cutting short their life-in-prison sentences. The temporary restraining order issued this week by a circuit judge was requested by Attorney General Daniel Cameron and Jackie Steele, commonwealth's attorney for Knox and Laurel counties.(AP Photo/Timothy D. Easley, File)

LOUISVILLE, Ky. (WDRB) --- Attorney General Daniel Cameron’s office argued before U.S. Supreme on Tuesday in Washington as the justices decide a case that could impact abortion law in Kentucky.

The court is not being asked to rule on the law itself, which takes aim at an abortion procedure called dilation and evacuation, in which the fetus is removed with instruments. Abortion opponents call it “barbaric and gruesome.” Abortion-rights supporters say it’s a safe method for terminating a pregnancy. The procedure accounted for about 300 of the 3,200 abortions performed in Kentucky in 2018, the year the law was passed, according to a published report.

Instead, the justices will decide whether Cameron has the legal authority to defend the law.

The 6th U.S. Circuit Court of Appeals in Cincinnati upheld a lower court ruling that overturned the law. The court also ruled that Cameron could not intervene and appeal because his predecessor, now-Gov. Andy Beshear, had already declined to pursue the case.

“It's not good enough for the state that one official gets to make all litigation decisions for the state,” Kuhn said. “What we as Kentuckians want is a failsafe, a failsafe that if a state official who enforces state law says, 'I'm not going to appeal any further,' Kentucky's attorney general can come in for the commonwealth and say, 'No, the commonwealth wants to go farther.'"

After the justices peppered both sides with a series of questions, Associate Justice Stephen Breyer cut straight to the politics of the case.

“Look, there have been a lot of party changes," Breyer said. "First the Republicans are in, then the Democrats are in, and they have different views on an abortion statute."

Alexa Kolbi-Molinas, the senior staff attorney with the ACLU Reproductive Freedom Project, argued the political change does not matter.

“The attorney general, it is well settled in this court, stands in the shoes of his predecessor,” she said. “It is well settled that ... a successor in office is bound by the stipulations made by and judgments against their predecessors. It doesn't matter that there's been a political party change.”

Following the hearing, Cameron said it is impossible to know how the court might rule, but he was optimistic.

“I thought they were very receptive," he said. "They asked very informed and enlightened questions, as you expect the justices to do. So I'm very honored to have them consider this case.”

Angela Cooper, communications director for the ACLU of Kentucky, believes it will be a close vote among the justices.

“Those who are more conservative were more receptive to allowing AG Cameron, and those who fall on the more liberal side are less so,” Cooper said. “There are a couple of moderates that will probably make the decision at the end.”

If Cameron wins, he can take the case back to the 6th Circuit Court of Appeals.