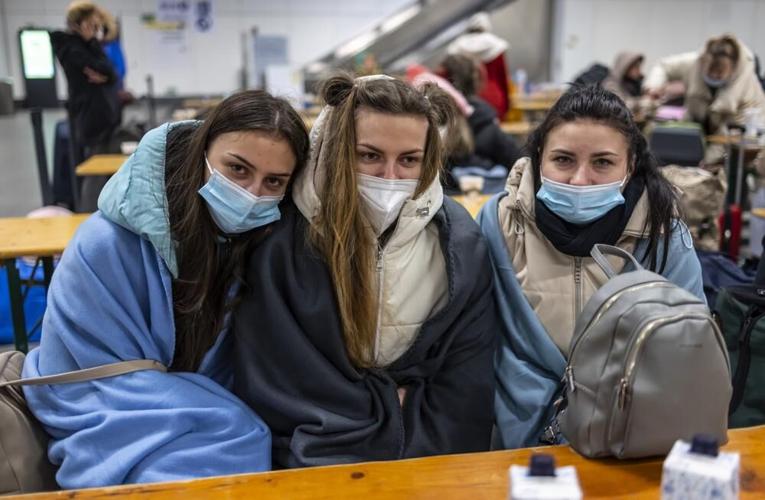 Ola, from left, Sascha and Tanja from the Ukrainian city of Schytomyr wait at the refugee center for refugees from Ukraine at the main train in Berlin, Germany, Sunday, March 13, 20-22. (Hannibal Hanschke/dpa via AP) 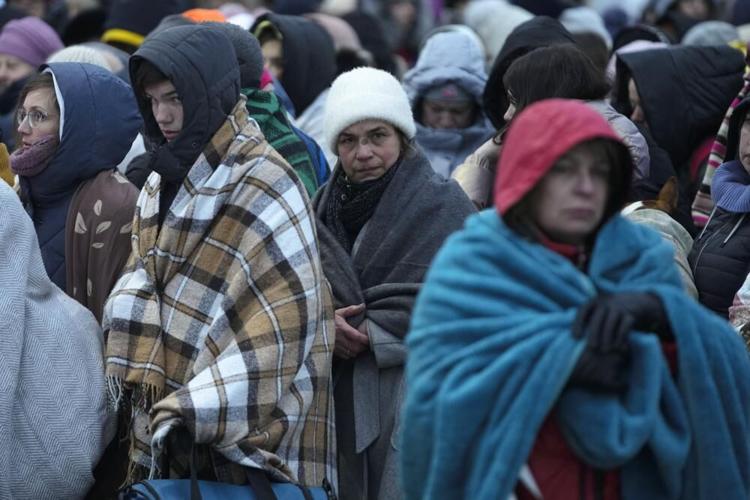 Refugees, mostly women and children, wait in a crowd for transportation after fleeing from the Ukraine and arriving at the border crossing in Medyka, Poland, Monday, March 7, 2022. Hundreds of thousands of Ukrainian civilians attempting to flee to safety Sunday were forced to shelter from Russian shelling that pummeled cities in Ukraine’s center, north and south. (AP Photo/Markus Schreiber)

FRANKFORT, Ky. (WDRB) — A key Republican lawmaker unveiled a proposal Wednesday to set up a $50 million fund to help refugees from Ukraine and other war-torn countries resettle in Kentucky.

The bill would apply broadly to families displaced by international conflicts, but the opportunity to resettle Ukrainians in Kentucky “is pretty dramatic” in coming months, McDaniel said.

The bill would grant up to $10,000 for each refugee family that resettles in Kentucky with a maximum of 5,000 families. The money would come from Kentucky's general fund.

His proposal was inserted Wednesday into a bill that won approval from the Senate Appropriations and Revenue Committee. The measure moves next to the full Senate.

The bill also would establish a scholarship for the families’ children.

“As this year advances, there are probably going to be significant opportunities to help with the resettlement of these people, who wanted nothing but to be free," McDaniel said.

Noting Kentucky’s workforce shortage, the state also would benefit from the program, he said.

McDaniel told his colleagues that he's open to making adjustments to the bill. The measure still needs approval in the full Senate and in the House.

Copyright 2022. WDRB Media. The Associated Press contributed to this story. All rights reserved.