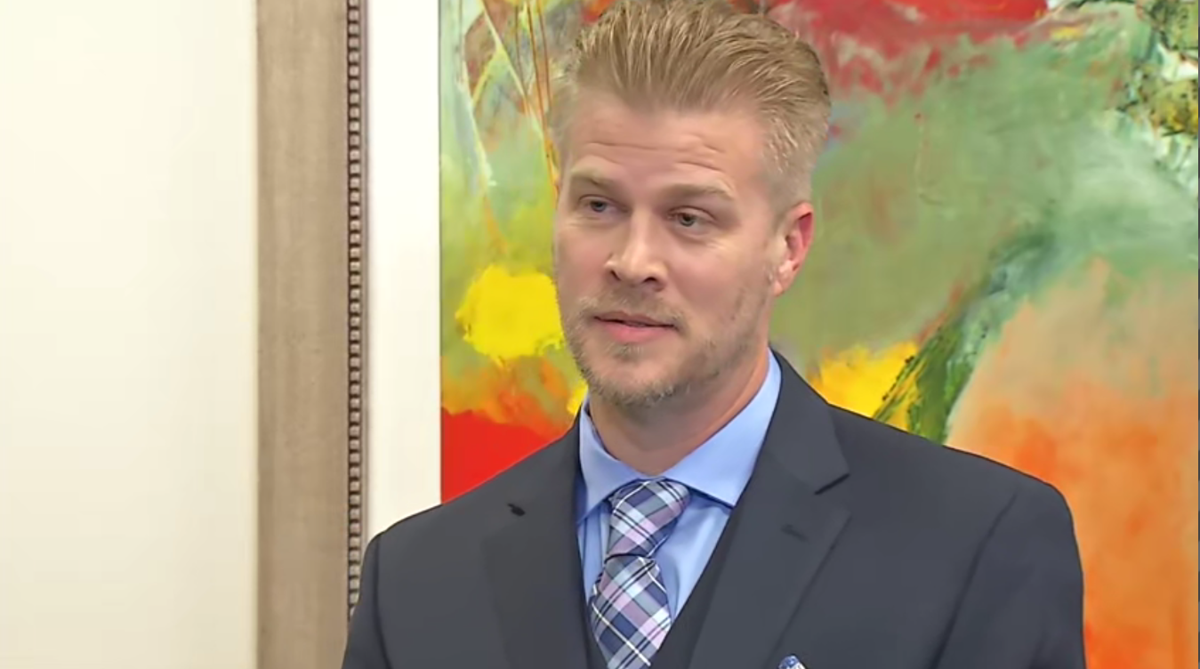 Pictured: Patrick Baker at a news conference in Lexington on Dec. 17, 2017, to discuss his recent pardon for murder. LOUISVILLE, Ky. (WDRB) -- Patrick Baker, the man pardoned by former Gov. Matt Bevin in 2019, is behind bars again on a federal murder charge.

Baker was booked Monday morning in the Laurel County Correctional Center after a federal grand jury in London, Kentucky, passed down an indictment on the murder charge stemming from a robbery and kidnapping related to drug trafficking.

The incident happened in Knox County in 2014. Donald Mills was shot and killed.

Baker used a Kel-tec 9mm handgun during the invasion, the indictment stated. He could also face a drug trafficking charge related to the incident.

In 2017, Baker was convicted of reckless homicide, first-degree robbery, tampering with evidence and impersonating a police officer in connection to the 2014 incident that led to the death of Mills.

Two years later, Baker was one of hundreds of people former Bevin pardoned in his final days in office. The pardon drew national criticism because Baker’s family contributed more than $20,000 at a political fundraiser for Bevin in 2018.

Baker and his attorney Elliot Slosar have been adamant that the donation had nothing to do with the pardon.

“Patrick is here today because DNA evidence clears him from committing murder, because eyewitness descriptions have never matched him,” Slosar, a Chicago-based civil rights attorney, said shortly after the pardon. “What we think Mr. Bevin did here is justice at its best."

Now, Baker is facing a federal charge related to the same 2014 incident and is back in custody. He remains in the Laurel County Detention Center and is expected to appear Tuesday afternoon in U.S. District Court in London.

Baker's attorney hasn't responded to a request for comment.