LOUISVILLE, Ky. (WDRB) -- A former Bullitt East High School teacher is under investigation after being accused of unlawful sexual contact with a former student.

WDRB obtained a letter written to Troutman from the Bullitt County Public Schools Superintendent that reads, in part:

"We are aware of a KSP investigation into allegations of unlawful sexual contact with a former student at Bullitt East High School."

The letter ends by warning Troutman to stay off school property during the investigation. 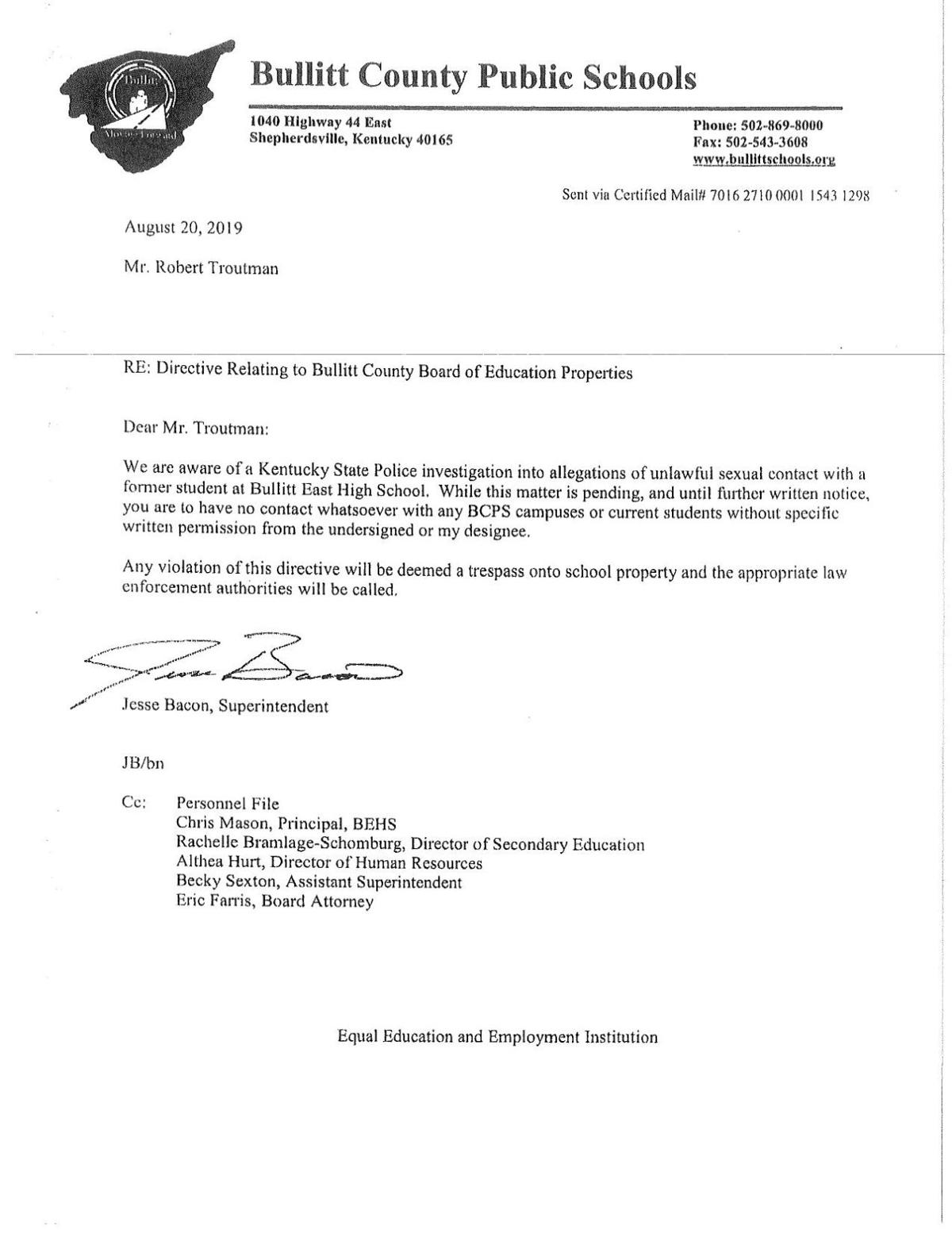 "While this matter is pending, and until further written notice, you are to have no contact whatsoever with any BCPS campuses or current students without specific written permission from the undersigned or my designee. Any violation of this directive will be deemed a trespass onto school property and the appropriate law enforcement authorities will be called."

Records show Troutman was a Health and PE teacher but resigned right before school started.

In his resignation letter, Troutman writes:

"As of Aug 2, 2019, I am officially resigning my teaching position with the Bullitt East High School and the Bullitt County Board of Education to pursue other professional opportunities."

BCPS says it was made aware of the allegation with a former female student, who has since graduated, after Troutman resigned. BCPS says it's conducting its own internal investigation into the matter.

"I have excitingly accepted," he wrote.