Adult, child shot in Louisville's Jacobs neighborhood, according to MetroSafe 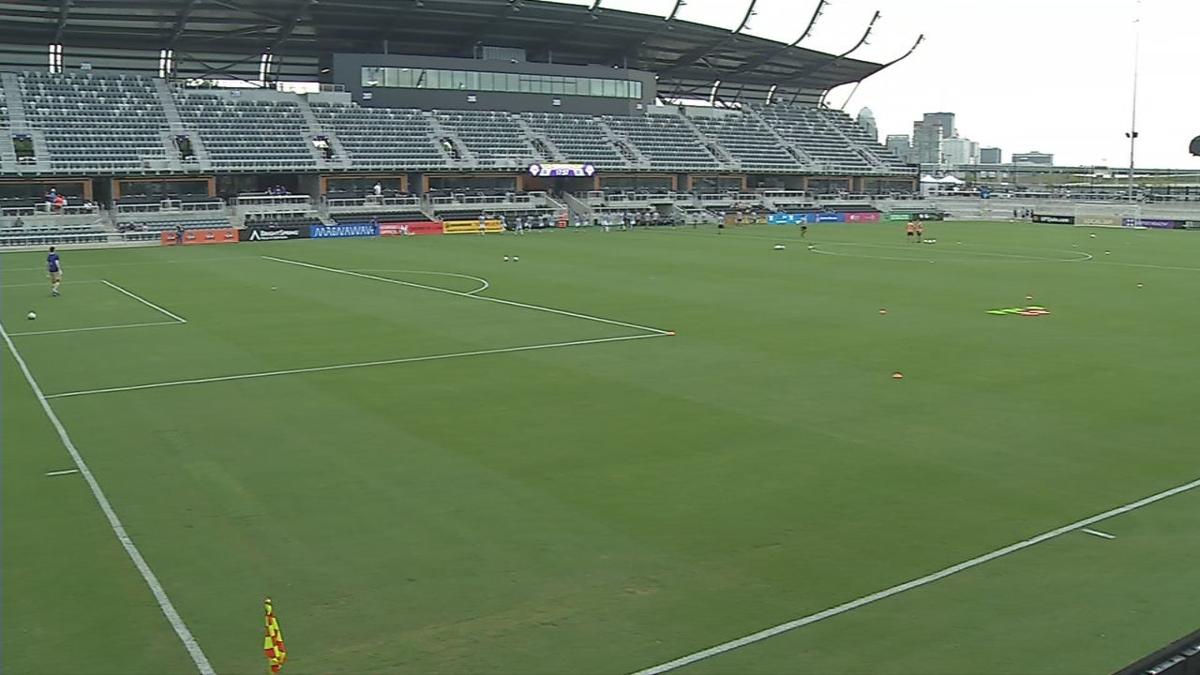 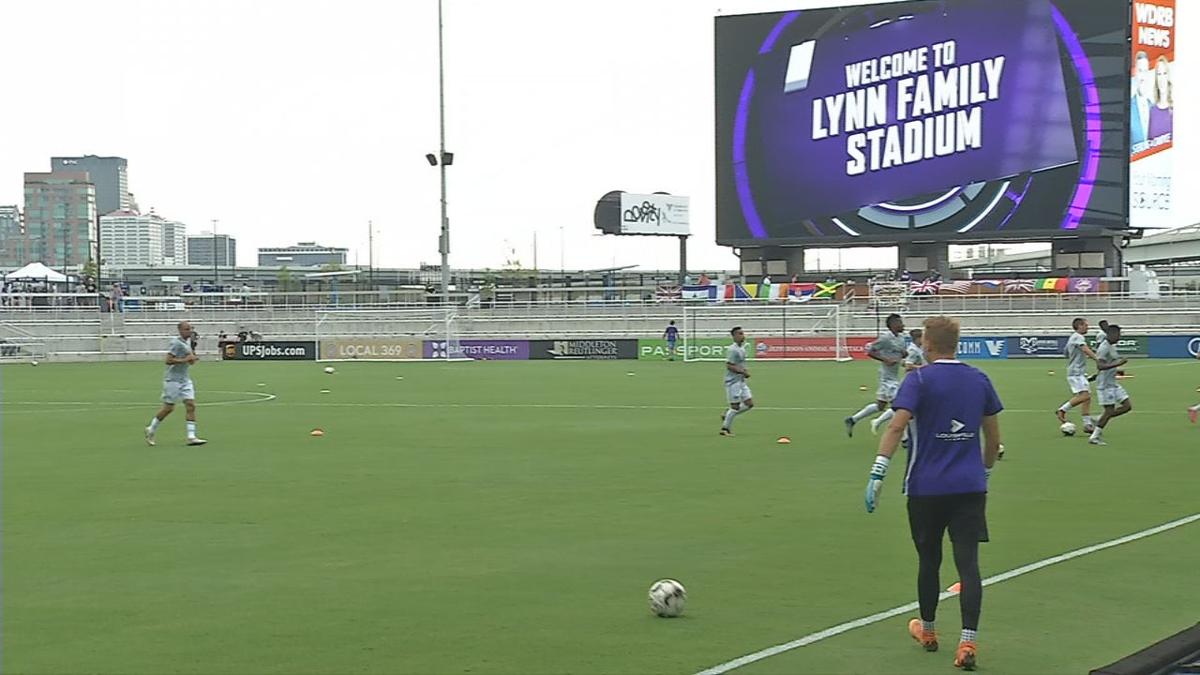 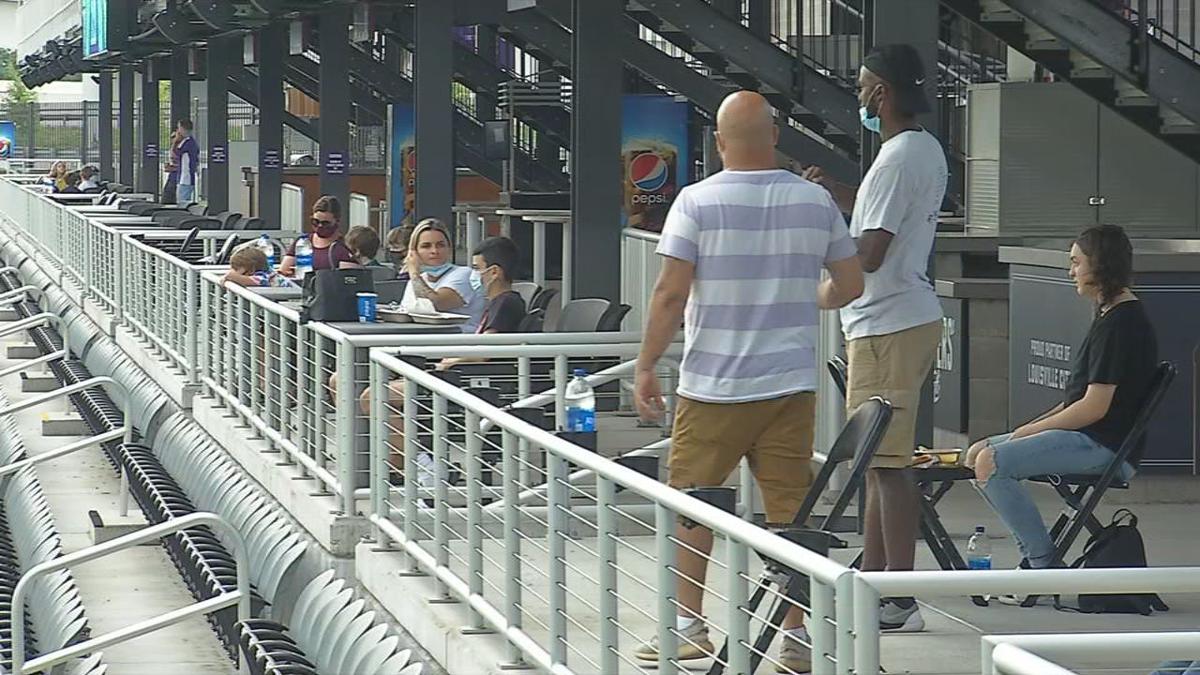 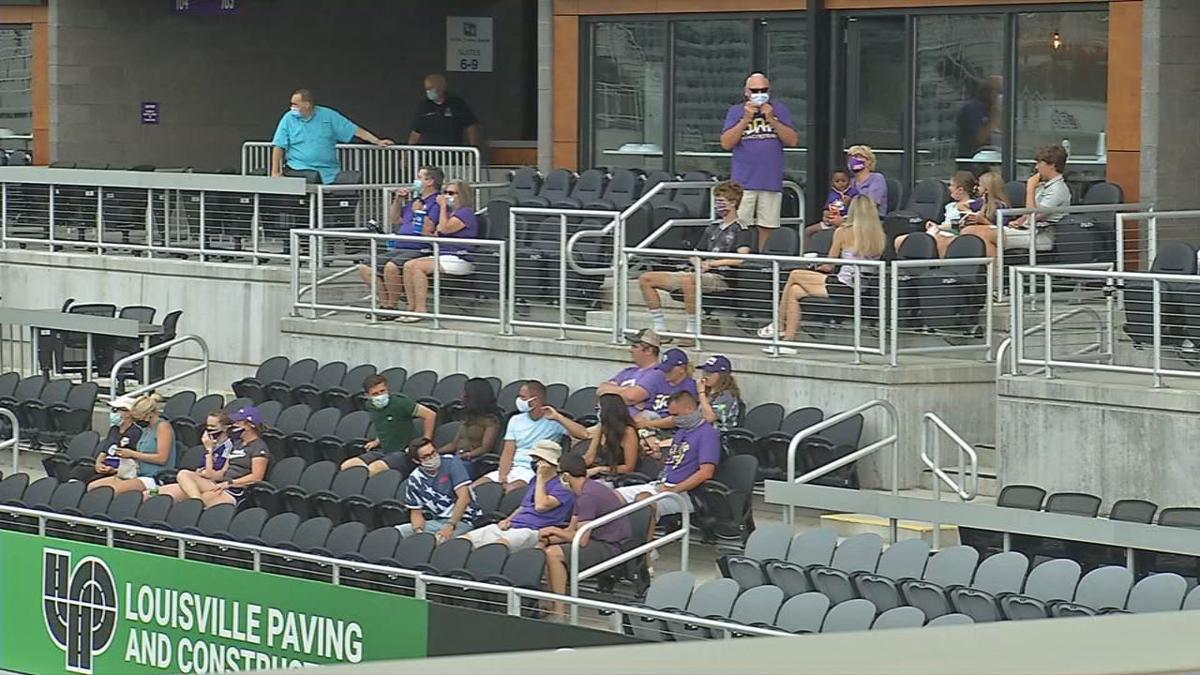 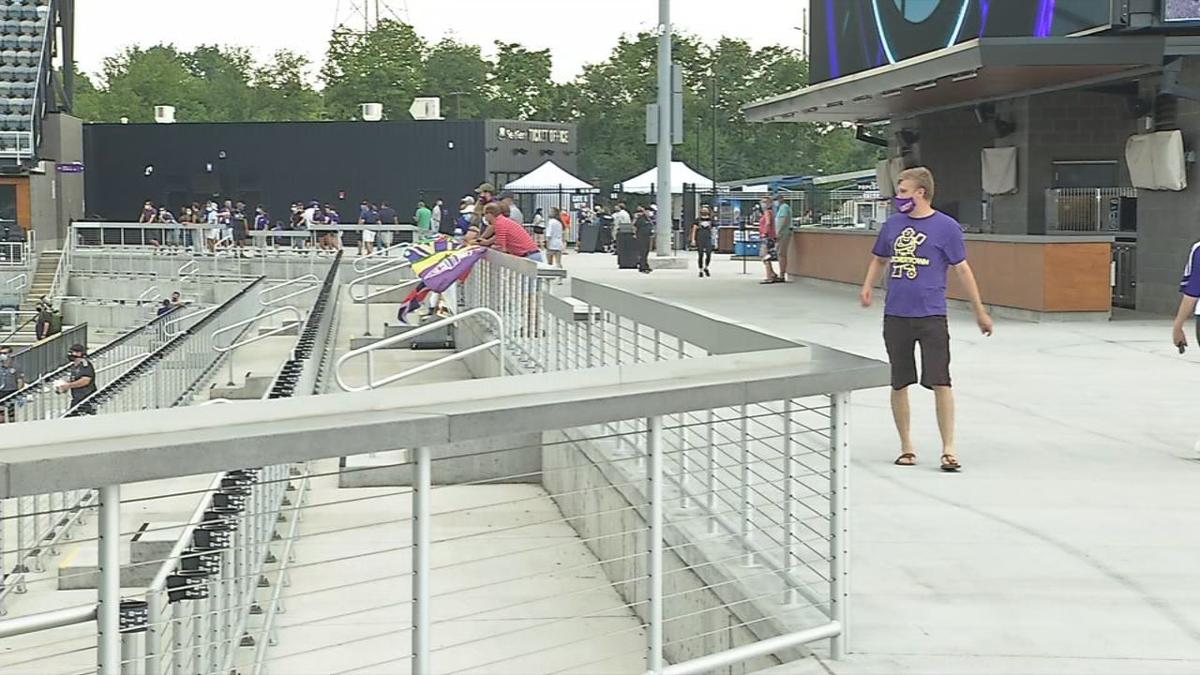 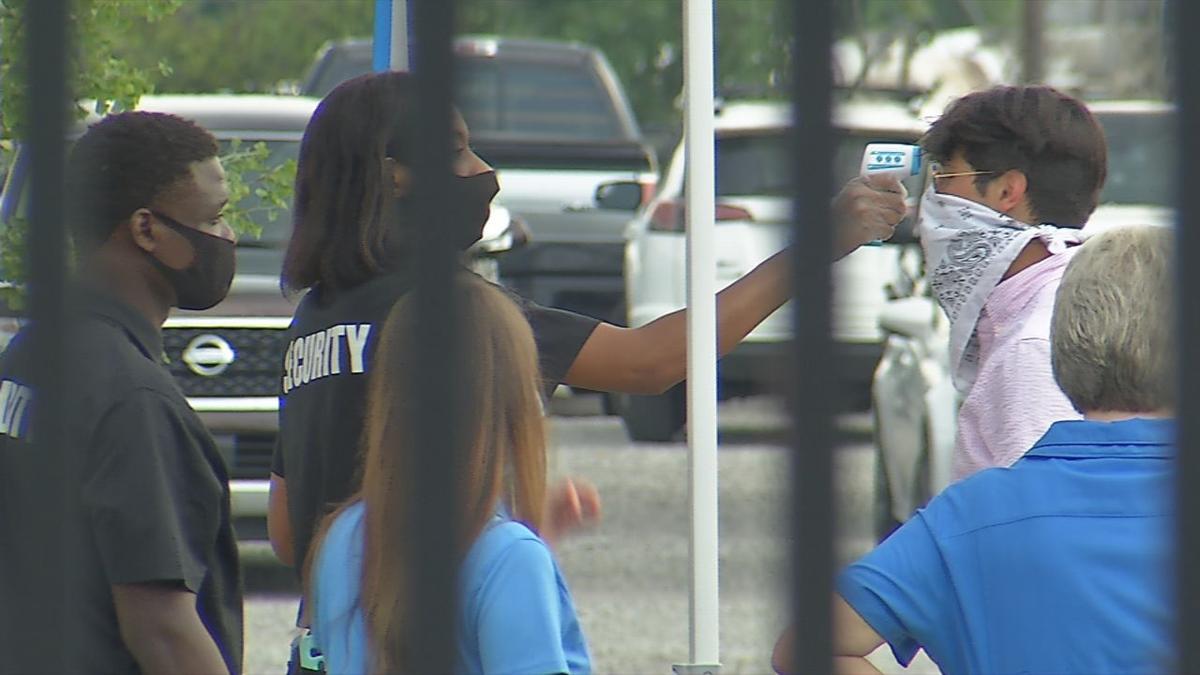 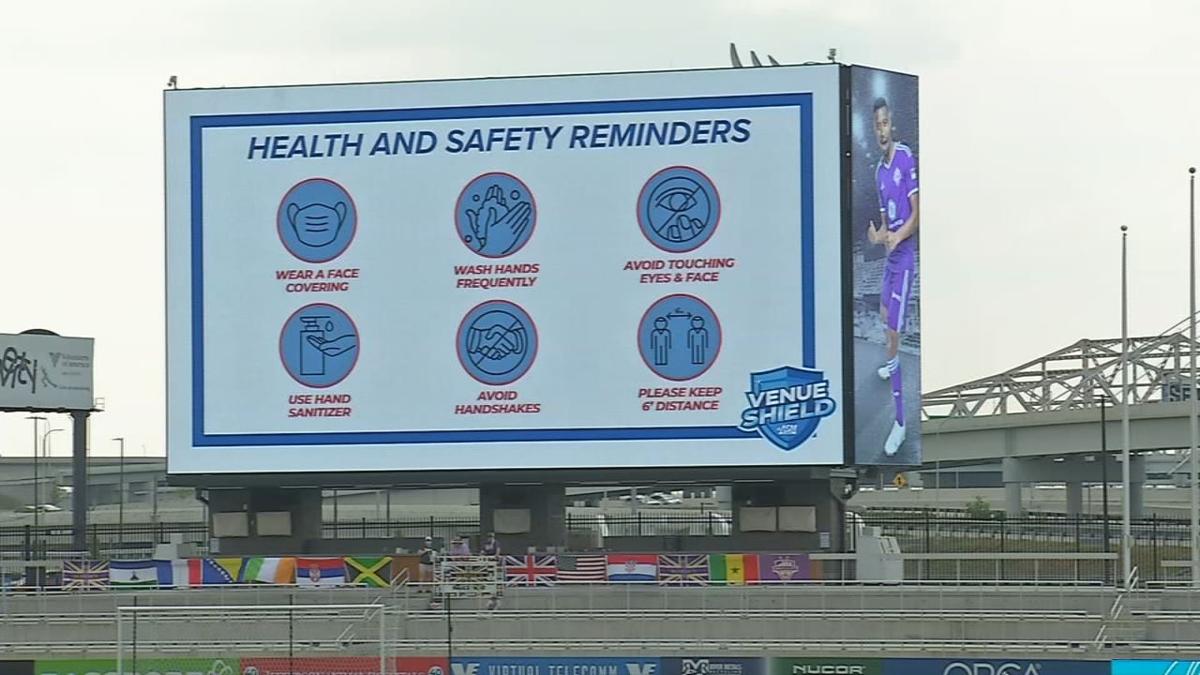 LOUISVILLE, Ky. (WDRB) -- The Louisville City Football Club was on the field at Lynn Family Stadium Sunday afternoon for a scrimmage, but that wasn't the only important practice taking place.

While LouCity FC prepared for its upcoming season opener, stadium employees prepared for fans and a lot of new protocols put in place at the new soccer stadium amid the coronavirus pandemic.

Though it wasn't a game day atmosphere, there was a lot of excitement inside the stadium.

"It's just exciting to be in the new stadium and watch the team get after it," Lee Ann Spinetto, LouCity fan, said.

Scott and Lee Ann Spinetto were two of a handful of season ticket holders invited to the new stadium in Butchertown for Sunday's scrimmage.

"The energy, the passion and the quality of soccer has been fantastic," Scott Spinetto said.

"Within the stadium, we are requiring everyone to wear a face mask," explained Eric Granger, general manager at ASM Global, the stadium's operator.

In addition to required face masks, fans will have their temperature checked at the gate, there are hand sanitizing dispensers throughout the stadium, there will be no cash transactions at concession stands and no sold out games — at least for now.

"The governor has allowed us up to 50% capacity for all games," Granger said.

That means only half of the stadium's seats will be used so fans can cheer on the team while practicing social distancing. Normally, the stadium can accommodate as many as 15,304 fans.

"Everyone will be separated by family pods," said Granger. "So, roughly six feet apart from each other."

LouCity FC officials said the team has spent the downtime preparing for the season opener against the Pittsburgh Riverhounds and a long list of new protocols.

"They literally take their temperature when they leave their apartment, they take their temperature when they arrive at the training facility, they can only ride in the car with their roommate," said LouCity FC President Brad Estes. "They don't go to the locker room, they don't shower in the locker room, they wash their own gear."

Wearing a face mask at games might take some getting used to, but the Spinettos say it's better than being at home on the sofa.

"It's a little odd wearing a mask at a sporting event," said Lee Ann Spinetto. "But it's worth it. We've been watching soccer on TV. Now we can get back out and watch it live."

Team officials expect the maximum capacity to be at or below 50% for the remainder of the season. LouCity will open the season July 12 at 5 p.m. The game will also be televised on ESPN2.

For more details about the "VenueShield" program, click here.