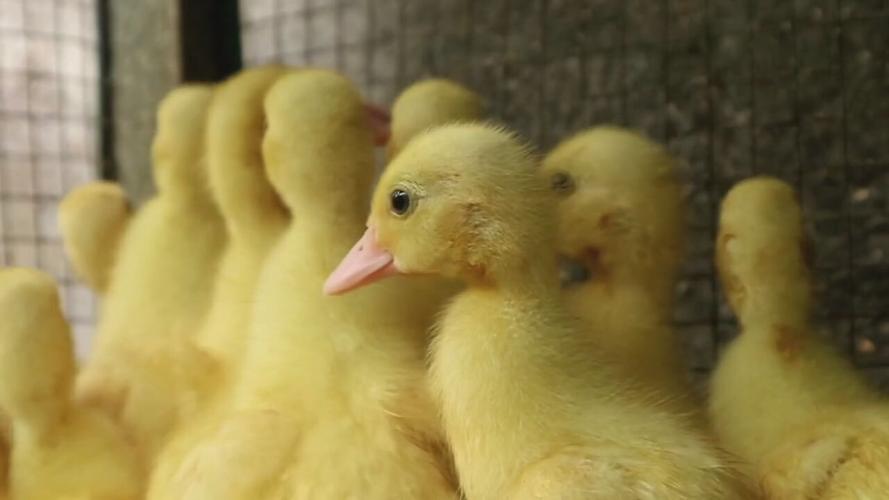 This undated photo shows baby hatchlings before maturing to adulthood. Although they are often given as gifts around Easter time, many are eventually abandoned as they begin to mature. (WDRB/file) 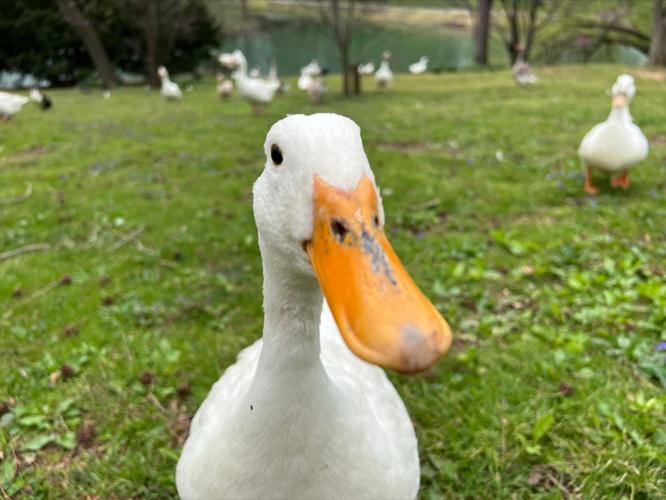 Pictured: one of the many white ducks at Cave Hill Cemetery on Baxter Avenue in Louisville, Ky., on April 15, 2022. Many ducks are left there in the weeks following Easter after they've grown from hatchlings. 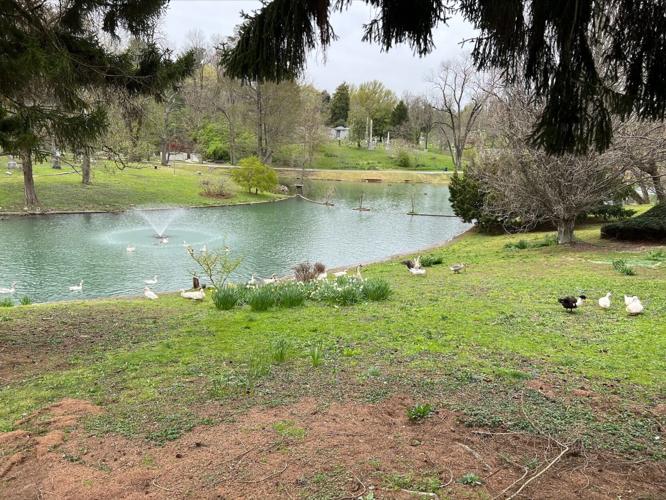 Pictured: ducks enjoy a pond at Cave Hill Cemetery on Baxter Avenue in Louisville, Ky., on April 15, 2022. Many ducks are left there in the weeks following Easter after they've grown from hatchlings. 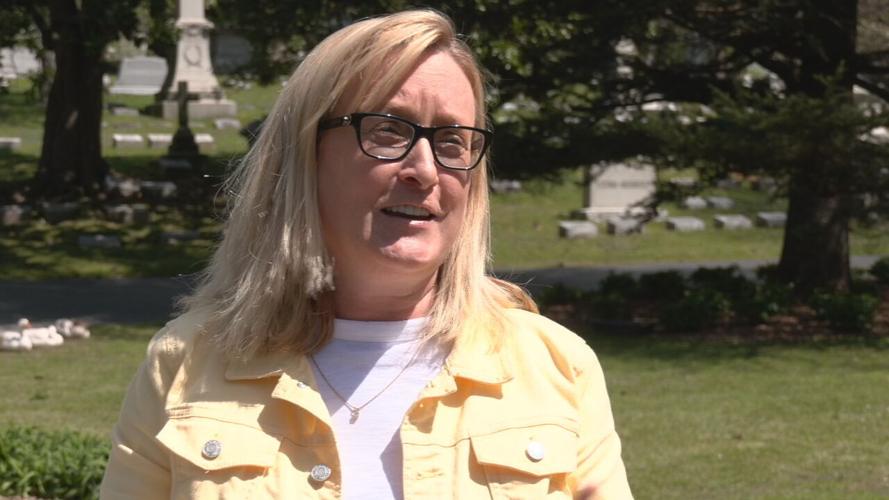 Pictured: Cave Hill President and CEO Gwen Mooney on April 15, 2022. The cemetery usually has a number of ducks dropped off in the weeks following Easter after they have begun to mature from ducklings into adults.

LOUISVILLE, Ky. (WDRB) -- Before heading to the store to purchase a cute little duck or chick for an Easter present, you may need to reconsider.

While the fuzzy fowls seem like a great gift, they can be a real pain to have as a pet. The annoyance has led to public parks and other areas being overwhelmed with people dumping the grown ducks after realizing they're too much to handle.

"Most of the ones here we did not hatch," said Gwen Mooney, president and CEO of Cave Hill Cemetery. "They've actually been dropped off at Cave Hill."

Cave Hill is notorious for its beautiful lake surrounded with playful ducks. Many of the visitors like to feed and interact with the animals on cemetery grounds. They're so popular that the cemetery is dedicated to taking care of them.

However, Cave Hill gets several new, unexpected ducks every year a few weeks after Easter. According to Mooney, when people realize the fuzzy ducklings are tough to manage, they will dump them at the cemetery.

"People will — especially around Easter time — buy these cute little chicks and they'll give them to their children or grandchildren not realizing that, in about seven to eight weeks, when that duck starts to mature, they're going to fly and they're going to really make a mess," Mooney said.

Because the ducks are so popular at Cave Hill, the staff makes sure they're well taken care of. In fact, the cemetery encourages the animals but needs to know before they are dropped off.

"Sometimes, because our office is right here, we actually see them do this," Mooney said. "We come right out. It is OK. We will accept the ducks, but the problem is is if they do that, the ducks might not be accepted by the other ducks right away."

That's why Mooney said it's best to call and let them know to coordinate a time so the staff can be ready to get the ducks acclimated.

"We'll actually put a fenced-in area out on the lawn, put the duck in it and slowly let them out to make sure they're getting along, not being bullied and not being pecked at," she said.

Before it gets to that point, Mooney said it's important to weigh the factors in raising one of the ducks.

"Unless you have a pond or a lake which can support the duck with fresh water, it can't be a stagnant pond," she said. "It needs to be fresh water that's coming in. You absolutely do not want to get a duck. Again, they're cute when they're little, but they are going to grow up, and there's the issues that go along with that duck growing up."

Cave Hill Cemetery is encouraging visitors to request feed from the office if anyone would like to feed the ducks at the lake. They said feeding the animals the wrong food can cause serious health issues.

"The really big issue with ducks is bread," Mooney said. "Bread is full of yeast, and it will actually cause a nutritional deficiency with the duck and it will give a duck what's called 'angel wings.' And the wings start to kind of stick out on the duck, and we have to tie the wings down, get them back on good nutrition."

If that condition is caught early, it can be taken care of, but Mooney said the ducks sometimes end up suffering and dying.

You can contact the cemetery at 502-451-5630 or visit it online at https://www.cavehillcemetery.com.