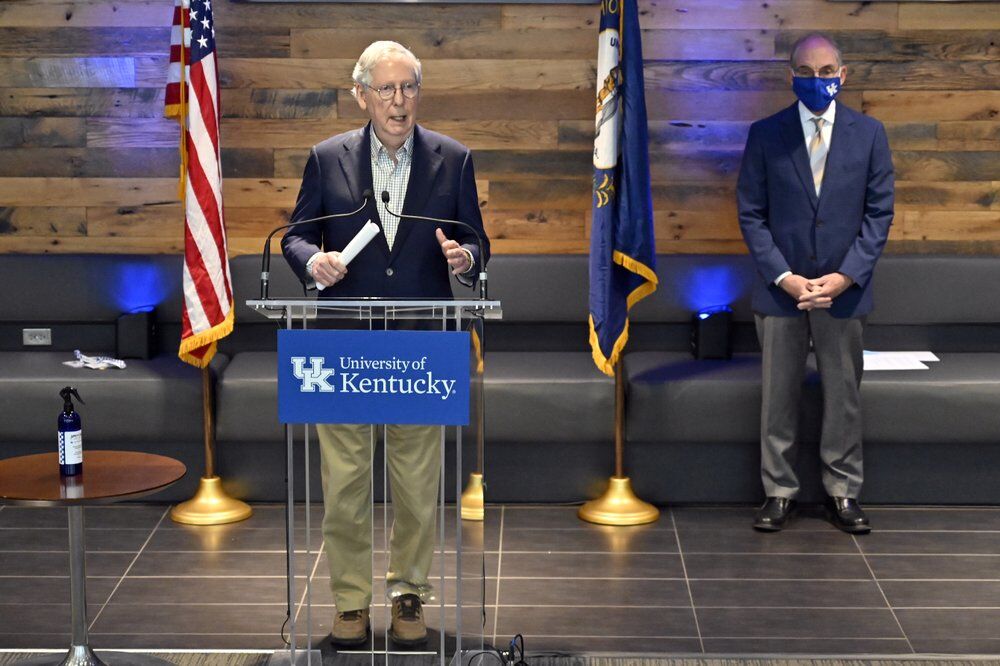 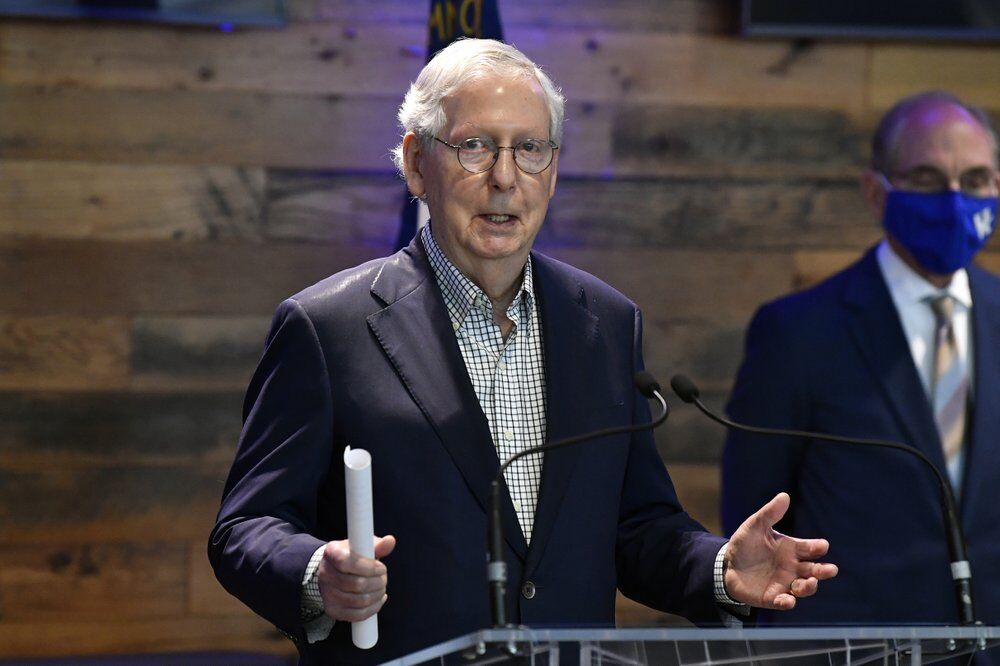 During a stop in Lexington, Kentucky, McConnell touted federal pandemic aid passed by Congress last year with bipartisan support — when the GOP held the Senate and White House. The Kentucky senator was dismissive of the latest round of federal relief championed by Democratic President Joe Biden that passed recently over united opposition from congressional Republicans. State government in Kentucky is expected to eventually receive more than $2.4 billion from the newest federal package.

“What we did last year was a big bonus for Kentucky on top of what it needed,” McConnell said. "This is an even bigger bonus. I’m sure they’ll love to have it. But I don’t see that they needed it.”

Kentucky's tax collections have been strong despite the battering businesses took last year during the pandemic. Kentucky's highest monthly unemployment rate since the pandemic hit was 16.9% in April 2020. The state's most recent jobless figure was the 5.2% preliminary rate in February — up 1% from February 2020, the last month before COVID-19 cases were reported in Kentucky.

Democratic Gov. Andy Beshear has praised it as a good start to help create jobs and better position Kentucky for the post-pandemic economy. The spending decisions reflected several shared priorities between Beshear and Republican statehouse lawmakers, who feuded throughout the session as the legislature watered down his executive authority.

McConnell didn't weigh in Monday on how the state is using the latest federal assistance.

“Those are decisions made here at the state level," he said. “Once we send the money down, I’m not going to second-guess how they spent it. I’m sure they’re glad to have it, by the way. And I’m sure they’re looking forward to having more.”

Besides allocating the federal money, Kentucky lawmakers recently pumped $140 million of state funds into supporting full-day kindergarten. Before those decisions, they passed an approximately $12 billion state budget in late March that was mostly a continuation of the 2020 spending plan.

McConnell on Monday ridiculed the Democratic-backed COVID-19 relief package for escalating the federal budget deficit, saying: “Enough is enough. We’re threatening the future of our country.”

Federal deficits also soared during Republican Donald Trump's presidency, due in part to spending on COVID-19 relief measures and the costs of the 2017 tax cuts that Trump championed.

On Monday, after touring the University of Kentucky’s mass vaccination clinic, McConnell promoted the tens of billions in federal money spent on development of COVID-19 vaccines.

The senator hailed the development of those vaccines as a “modern medical miracle.” McConnell, who has consistently called for mask wearing to curb the virus's spread, continued to urge people to take the COVID-19 vaccine.

“If we’re going to all really be back to normal by this summer, we still have a way to go here in Kentucky and all across America to get those shots in arms over the next few months,” he said.

Copyright 2021 The Associated Press. All rights reserved. This material may not be published, broadcast, rewritten or redistributed.