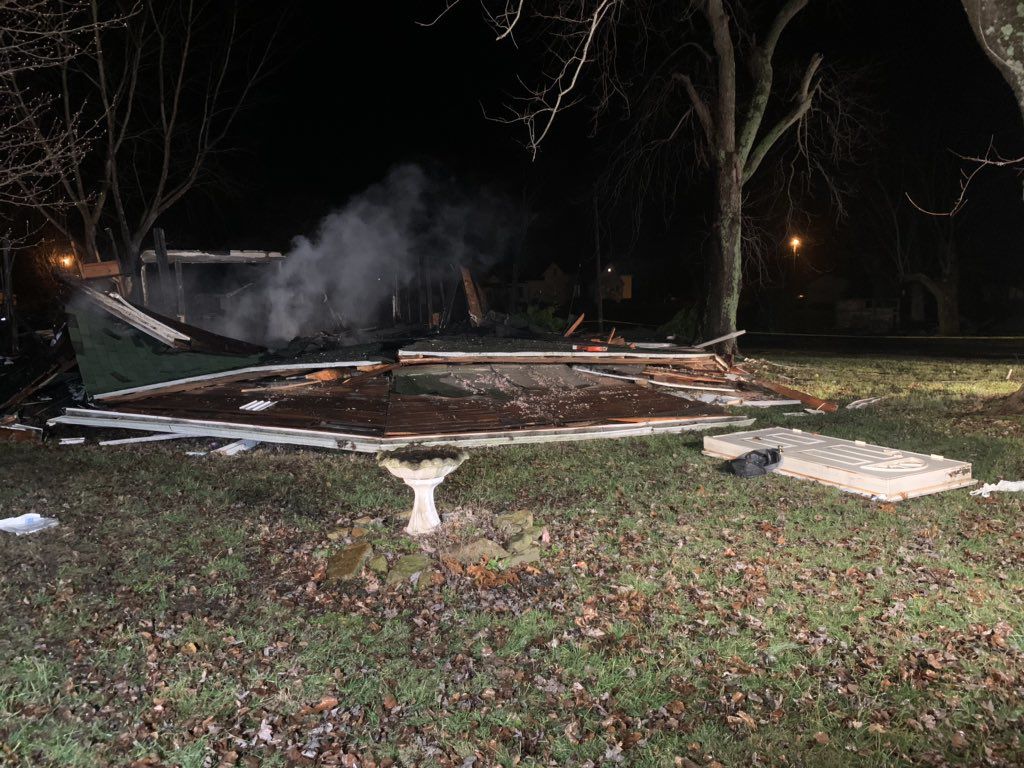 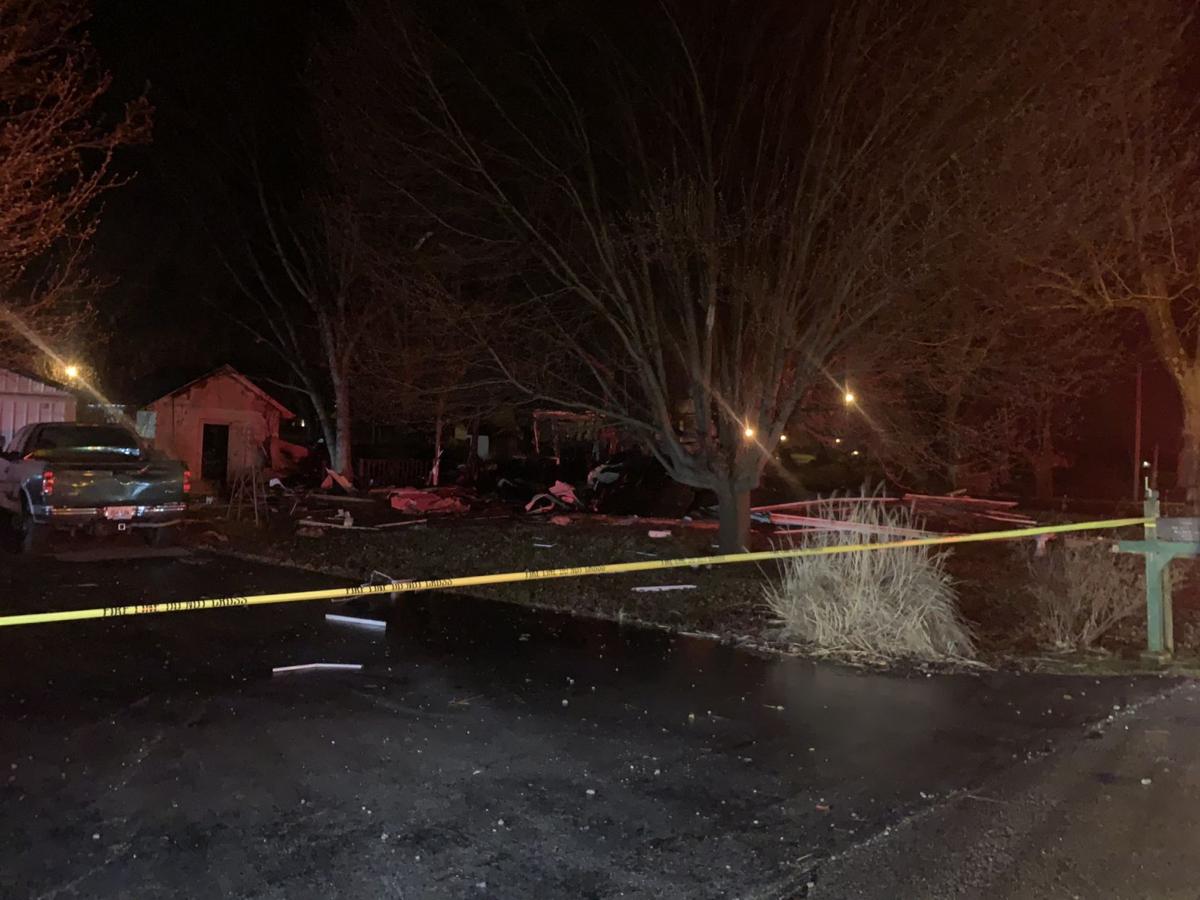 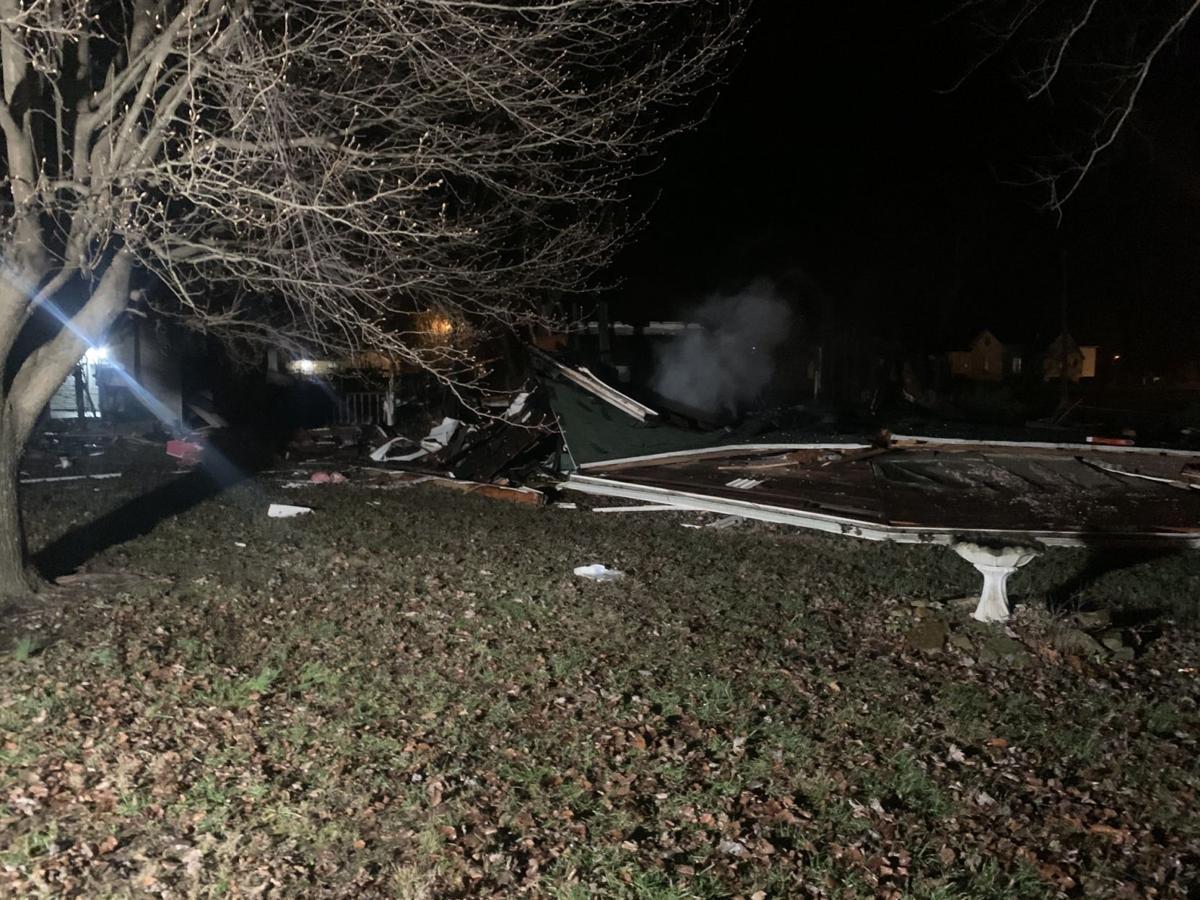 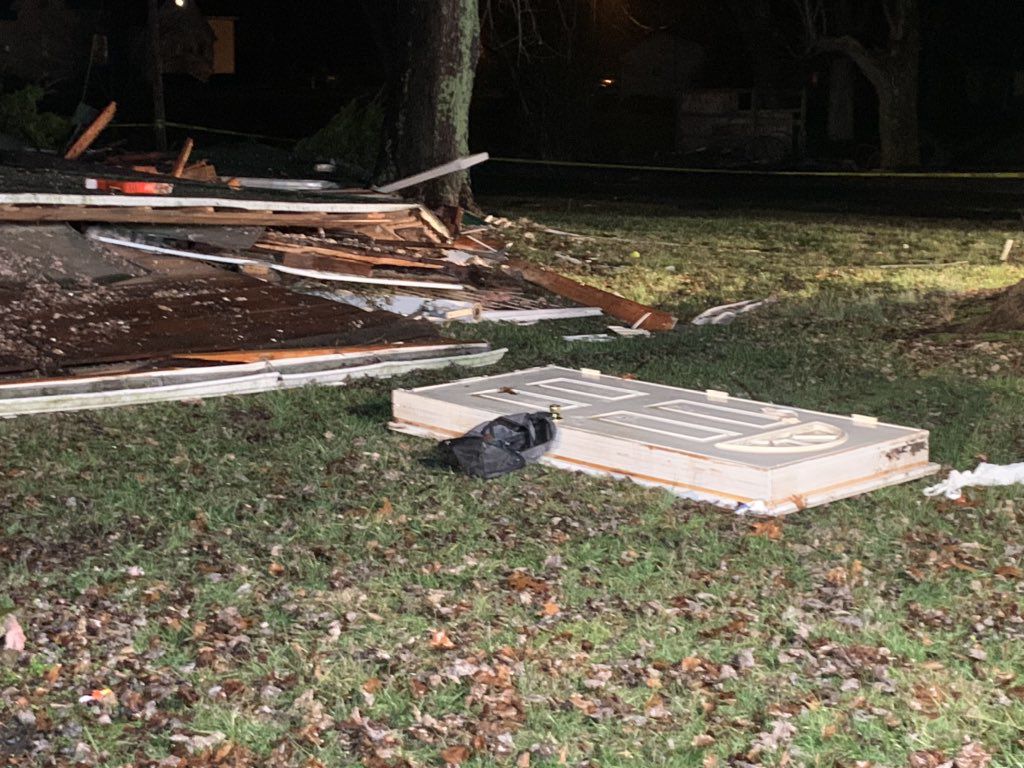 Pictured: a door still in its frame with a backpack on the door knob can be seen on the ground after a home in Grayson County, Ky., exploded on Jan. 29, 2020. 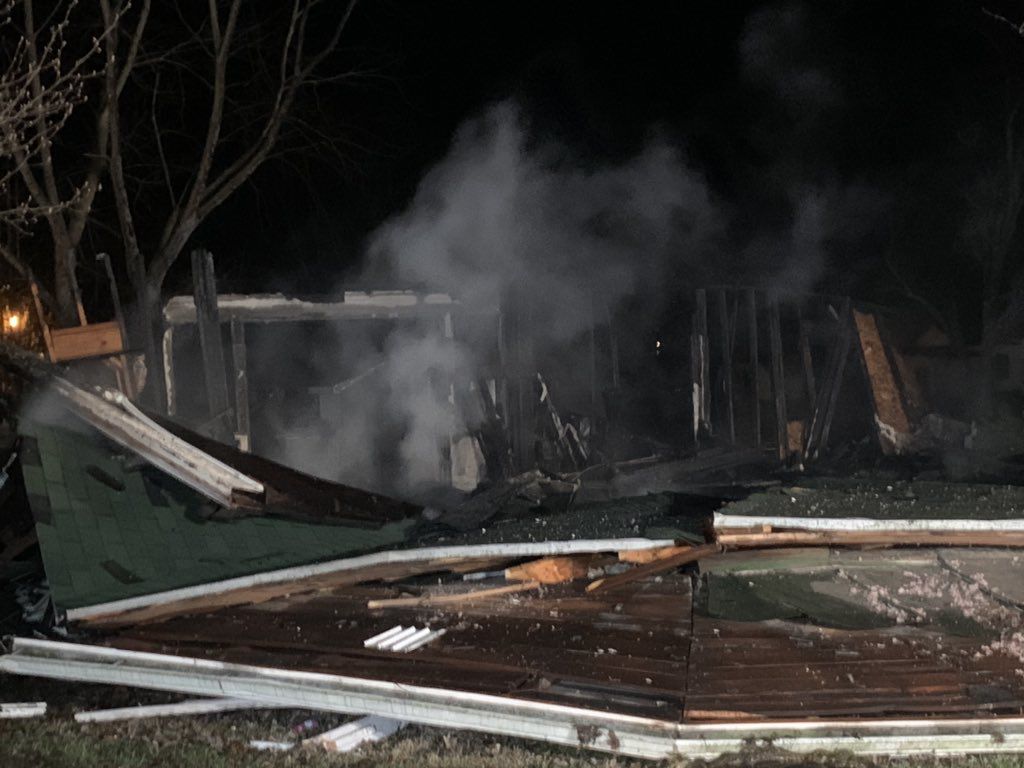 Pictured: a door still in its frame with a backpack on the door knob can be seen on the ground after a home in Grayson County, Ky., exploded on Jan. 29, 2020.

LOUISVILLE, Ky. (WDRB) -- A mother and daughter were flown to a Louisville hospital Wednesday night after a home explosion in Grayson County.

Sheriff Norman Chaffins said the explosion happened around 7:15 p.m. EST at a home on Crawford Street in Millwood, which is just southwest of Leitchfield.

The fire marshal said it was a low-level explosion and that a mechanical failure in a propane furnace caused a leak after it had been refilled around 3 p.m. Wednesday, but it is unclear if the refill caused the leak.

A.J. Scanlon, whose mother was hurt in the explosion, said they had the propane and furnace shut off after smelling gas.

"Our house just shook," said Scanlon, who lives down the street from the house. "You didn't hear anything. It just shook, and that was the shockwave, and we didn't know what that was at first. So, I texted my mom: 'Is everything OK?' I got no response. About five minutes later, a neighbor over here said the house is blown up."

The front door was blown off the home with a child's backpack still hanging on the door handle. The roof was on the ground, and the only thing left standing is the charred frame of the house.

Scanlon said his 7-year-old sister was burned on her back and got a cut on her forehead. He said his mother, Angela Young, suffered burns on her entire body and that her clothing had been completely burnt off. The two were reportedly leaving the home when the explosion happened.

"One of the first things that came to mind was, 'Oh crap. Where's my mom?' I got out of the car, cursing, 'Where's my mom?'" he said. "She was over a the neighbor's house, and she was burnt all over her body. Her hands were peeling. Her hair was gone."

Chaffins said that both the mother and daughter were headed to a burn unit in Louisville.

"It's sad to look at," Scanlon said. "Especially in terms of, I lived here, my mom could have been inside. She's lucky to be alive right now. Same thing with my little sister."

"It was terrible," he said. "She's burnt from the top of her head all the way to the bottom of her feet. The skin was hanging on her face, her legs, her stomach. It burnt every stitch of clothes she had on."

The state fire marshal will lead the investigation into what caused the explosion. This story will be updated as more information becomes available.

CRAWFORD | Louisville football has a 'Kentucky problem,' and it's not just mental