LOUISVILLE, Ky. (WDRB) -- The Metropolitan Sewer District is apologizing for hiring a lawyer for an employee charged with the death of a Louisville Metro Police detective.

MSD Executive Director Tony Parrott released a statement explaining that the initial decision to retain a lawyer for MSD driver Roger Burdette was based on information available after the accident. He said that after input from the MSD board and leadership, the decision was made to not be involved in Burdette's defense.

"Since the accident occurred, I've heard from our employees and our customers, and I know they are hurting," Parrott said in the statement. "I share in this pain. This is an extremely difficult time for the community and especially for those of us working in public service."

Burdette was on the clock at the time of the Christmas Eve crash on I-64 that killed LMPD Det. Deidre Mengedoht. He is on unpaid status, pending suspension from MSD. He's being held on a murder charge at Louisville Metro Corrections on a $200,000 bond and is scheduled to be back in court in January.

There was public anger over MSD's hiring of well-known defense attorney David Lambertus in the days following the accident. But MSD said it will not pay Burdette's legal fees.

"This seems to be the right decision," Mejia said. "It could be toxicology or it could be observations of officers. It doesn't take an expert to see and observe somebody or make notice of somebody who's clearly under the influence."

The full statement from Parrott is below: 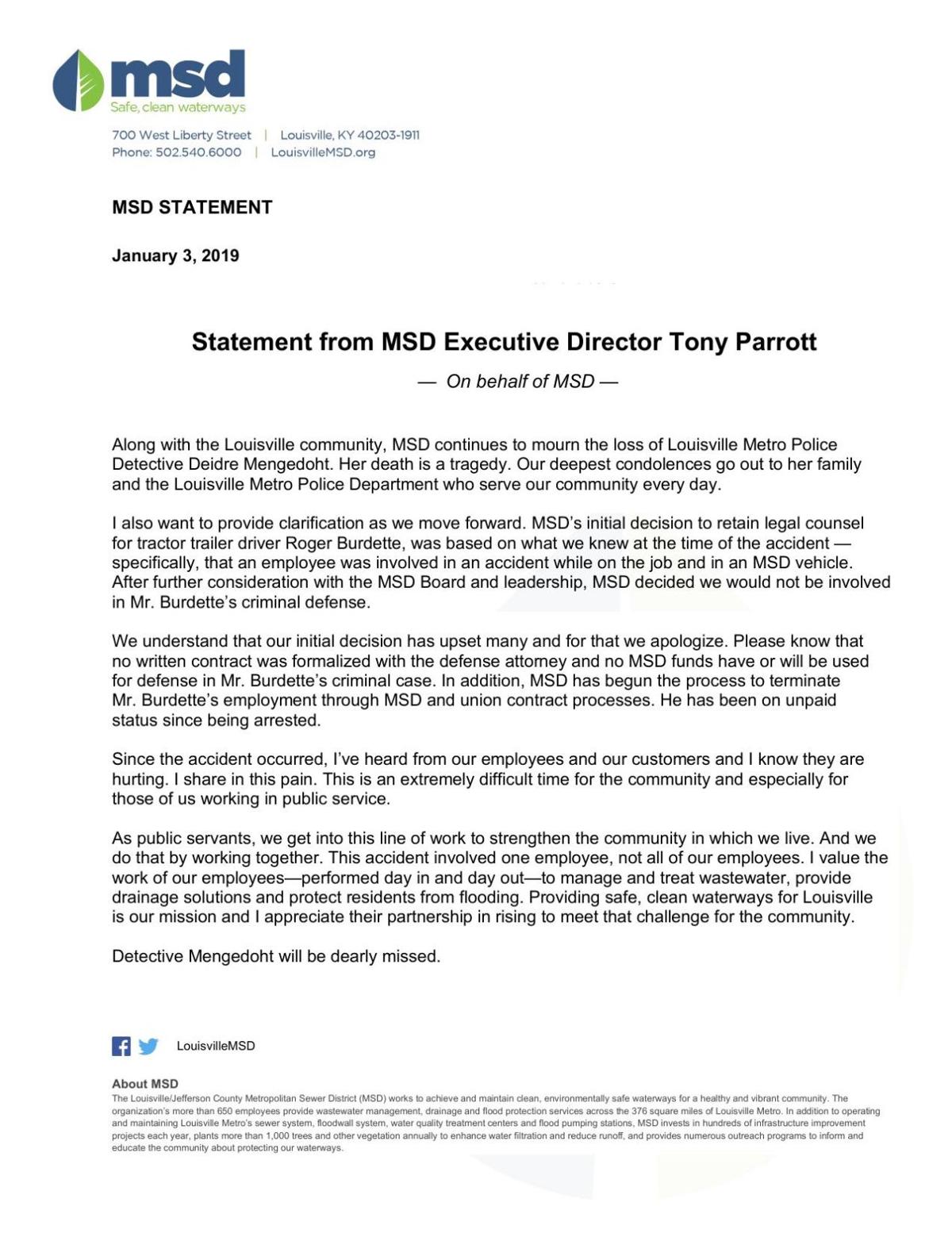