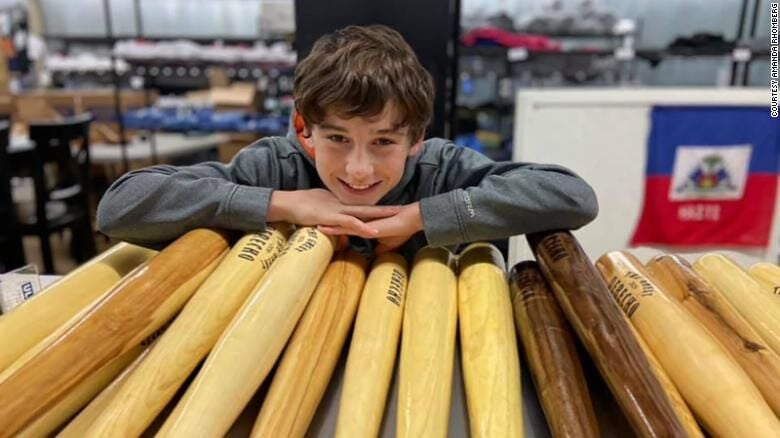 Tommy Rhomberg and his bats, which he carves out of trees brought down by a powerful derecho. 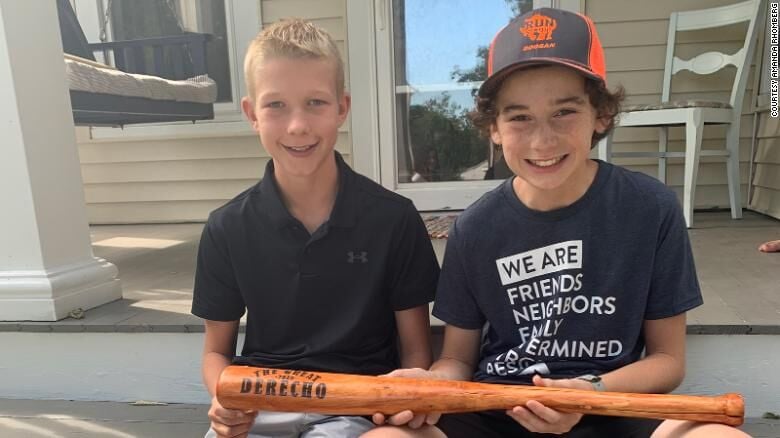 Tommy Rhomberg, right, and Walker Viessman hold the bat Tommy made for Walker. 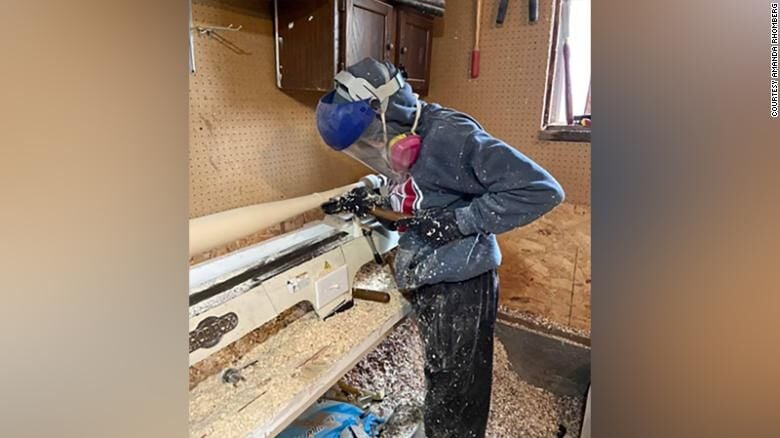 Rhomberg carving one of his homemade bats.

(CNN) -- After a powerful wind storm struck Iowa in August, the city of Mount Vernon was left covered in fallen trees and other debris.

That's when 12-year-old Tommy Rhomberg stepped up to the plate.

Using fallen branches, Tommy designed and carved more than 200 baseball bats, which he sold to raise money for victims of the widespread wind storm, known as a derecho. For each bat sold for $100, he donated $20 to the Greater Cedar Rapids Community Foundation Disaster Relief Fund.

Tommy came up with the idea on the day of the storm, which happened to be his best friend's birthday. Knowing Walker Viessman's love for baseball -- and surrounded by fallen trees from the storm -- Tommy decided to gift his friend a hand-carved bat.

"This is just Tommy," Amanda Rhomberg, Tommy's mom, told CNN. "He's always been super creative and loves building stuff. He woke up at 6 a.m. to work on it over the course of a few days until it was perfect. When I saw it, my jaw just dropped."

Amanda says Tommy made the bat using his grandfather's whittling tools and sand paper, and that he worked until his hands were covered in blisters.

Viessman, also 12, was amazed by his friend's thoughtful gift.

"I didn't expect anything for my birthday, but when Tommy brought me the bat he made me, I was so excited and thankful I have that great of a friend," Viessman told CNN. "It was so nice of him to spend that much time making me a bat for my birthday."

After Amanda posted photos of the bat on Facebook, the post went viral and hundreds of people asked if Tommy could make them bats.

Before long, Tommy's parents bought a lathe to help him carve more bats, which he calls "The Great Derecho," and designed a website where he can sell them. They also helped him come up with the idea to use a portion of the proceeds to help neighbors impacted by the storm.

"I wanted to make my friend Walker a bat for his birthday," Tommy said. "I had no idea lots of other people would want one too. I like being able to help, and I'm glad if people don't have money to rebuild they can use some of the money donated from the bats instead."

After buyers place an order, the self-taught woodworker begins by taking a fallen log to a nearby farm, where it's cut into smaller pieces. His dad then saws the pieces into octagons before Tommy finally lathes them into bats.

"I don't know how his little hands can do so much," Amanda said. "He has put in hundreds of hours into making these bats. I am so proud of him for teaching himself a new skill and starting a business while doing so much good. He shows that you can make a difference in your corner of the world by doing what you can with what you have."

The bats, which are about 30 inches long, can't be used to play baseball, as the fallen wood will crack as the wood dries over time. But people can keep them as "a little memento from the storm," Amanda said.

Tommy has a waiting list of more than 600 people who want to buy one of his bats.

While he isn't sure how many more he'll make -- "I am 12 years old and my parents won't let me drop out of the 6th grade," he said -- interested buyers can track his progress on Facebook.