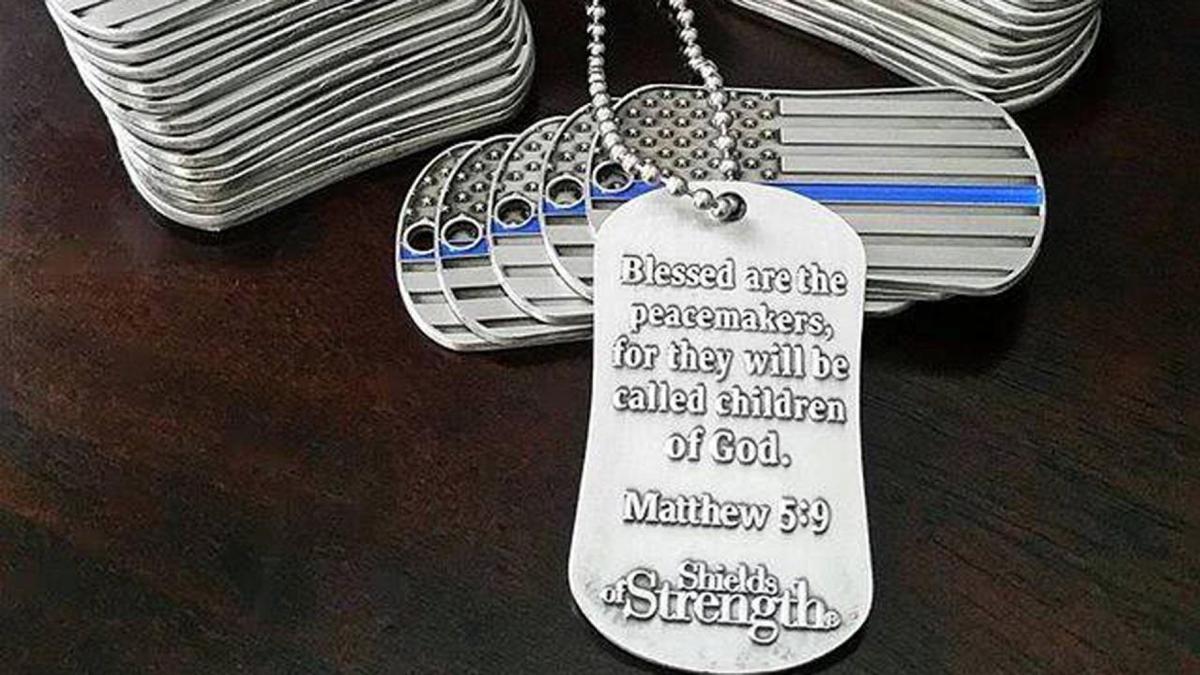 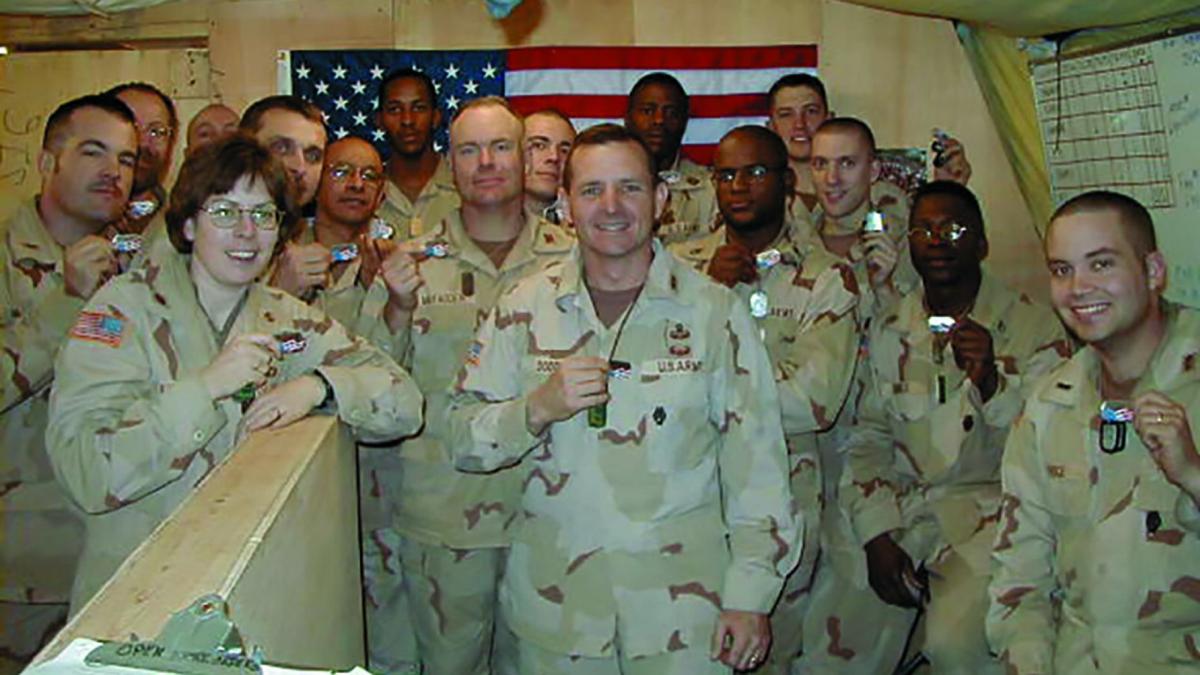 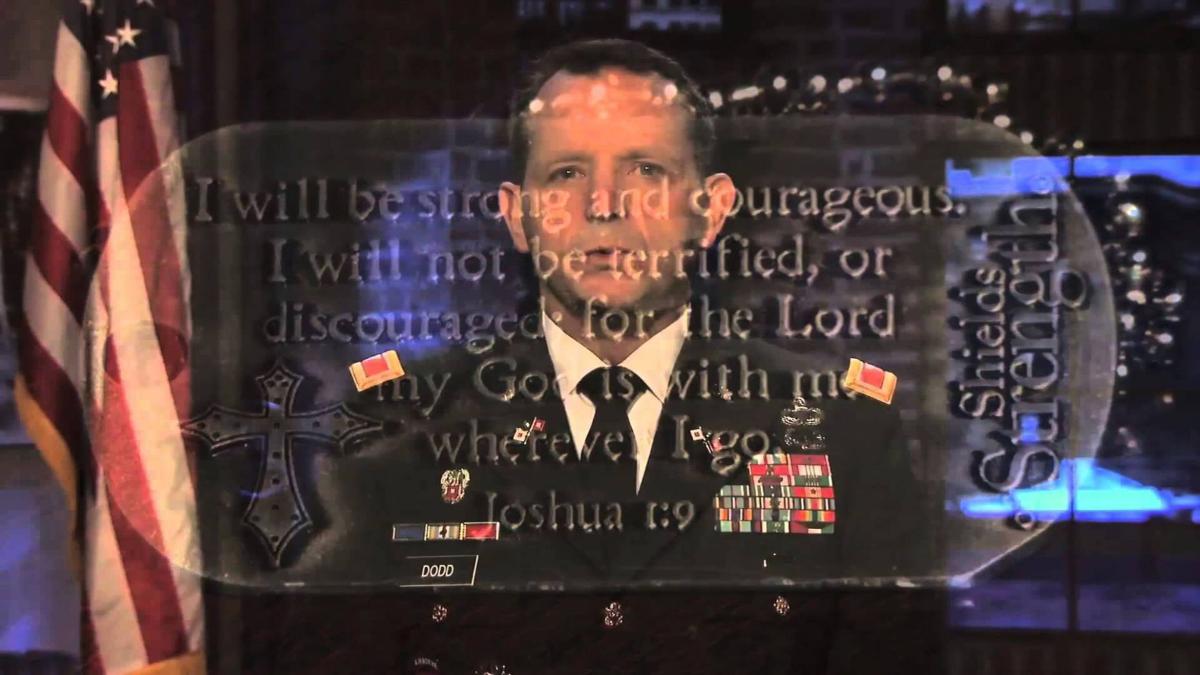 (FOX NEWS) -- For the past 20 years, military members have been able to wear dog tags with Bible verses on them, giving them light and hope in some of their darkest times.

For some Gold Star families, this is one of their most cherished possessions to remember their loved one who gave the ultimate sacrifice. But all this could be coming to an end.

After Fox News reported in July on "Shields of Strength," the faith-based business that prints Bible verses on dog tags for military members and their family, complaints were raised to the Department of Defense by Mikey Weinstein, founder, and president of the Military Religious Freedom Foundation (MRFF). He demanded the military branches stop allowing the group to use the military emblem, saying it "poisons the constitutionally-mandated separation of Church and State..."

Soon after, each military branch then pulled or threatened to pull the trademark licenses that had been issued to Kenny Vaughan from Shields of Strength. The Army emailed him with the subject line, "Negative Press," suggesting they were motivated by MRFF's press release.

"You are not authorized to put biblical verses on your Army products," Army Trademark Licensing Program director, Paul Jensen, wrote to Vaughan in August, according to a letter obtained by Fox News. "For example, Joshua 1:9. Please remove ALL biblical references from all of your Army products."

Vaughan told "Fox & Friends" he was "speechless" especially after the military initially approached him with the idea.

First Liberty Institute, on behalf of Vaughan, sent a demand letter to the Army on Tuesday, calling on the branch to reinstate the trademark license for the faith-based initiative.

"Your directive that SoS remove all Biblical references from its Army-licensed products is unconstitutional and violates RFRA," Mike Berry, chief of staff and director of military affairs for First Liberty wrote in the letter to Jensen.

"It's insane. It's incredibly selfish. All we do is provide a reminder of God's word. No one has to do this," Vaughan, a world-class skier who has produced more than 4 million dog tags with Scripture on them, told Fox News. His organization has donated hundreds of thousands to Department of Defense units and individual service members.

"Virtually every unit has contacted us and said, 'Would you make us a tag with our unit on it?' We've seen the fruit of the mission. Literally thousands of soldiers, airmen, marines, telling us with tears in their eyes how much it's meant to them, and many times the Gold Star families to be in possession of the dog tag they wore," he added. "I don't understand it."

Berry, a Marine Corps combat veteran who served in Afghanistan, blasted Weinstein for the move.

"Just when I didn't think Mikey Weinstein could stoop any lower, he pulled a stunt like that," he told Fox News. "He'd rather take it away from them just to raise his own publicity than support our service members ... that's pretty cowardly and that's cruel."

Vaughan started making the dog tags after a friend put a Scripture verse on his skies and, he said, it gave him courage and strength. He said he thought if it helped him that much as an athlete, then how much more would it help soldiers on the battlefield.

He's seen soldiers, who have to leave their Bible behind, carry it with them through the Shields of Strength, and, oftentimes, the soldiers would stand in line for hours just to get one.

"The love of Jesus changed my life forever. It's the most valuable thing I have to offer anyone is God’s Word," Vaughan concluded. "No one needs it more than a young man or woman fighting for our freedom and we’re going to fight for them."

An Army spokesperson told Fox News in a statement: "The Army can confirm receipt of the letter. We are looking into the matter."

The MRFF did not respond to Fox News' request for comment.

LEWIS | Technology will play role in returning fans to venues