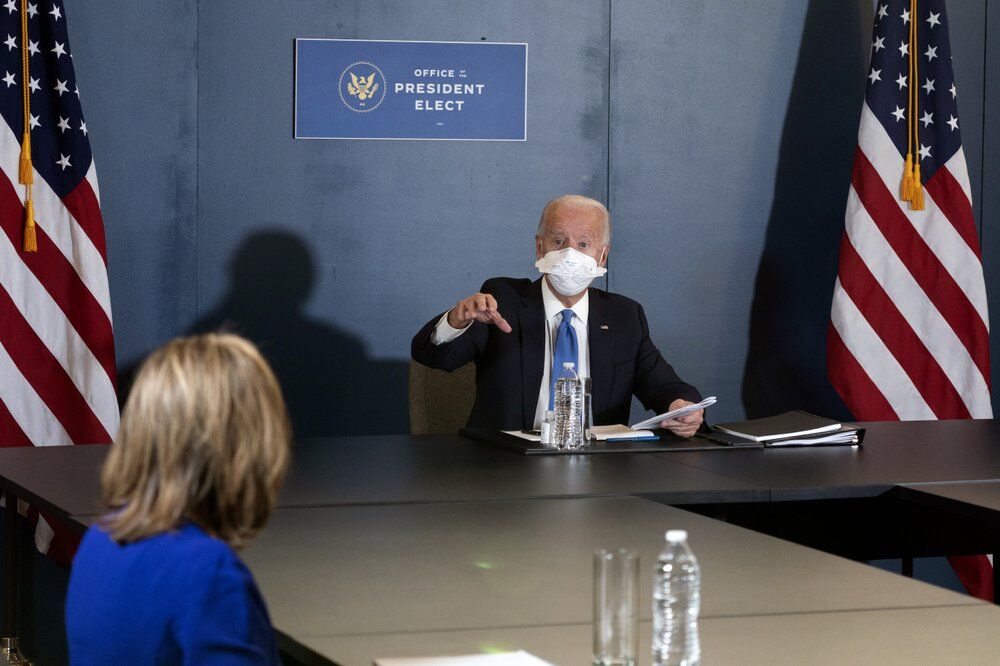 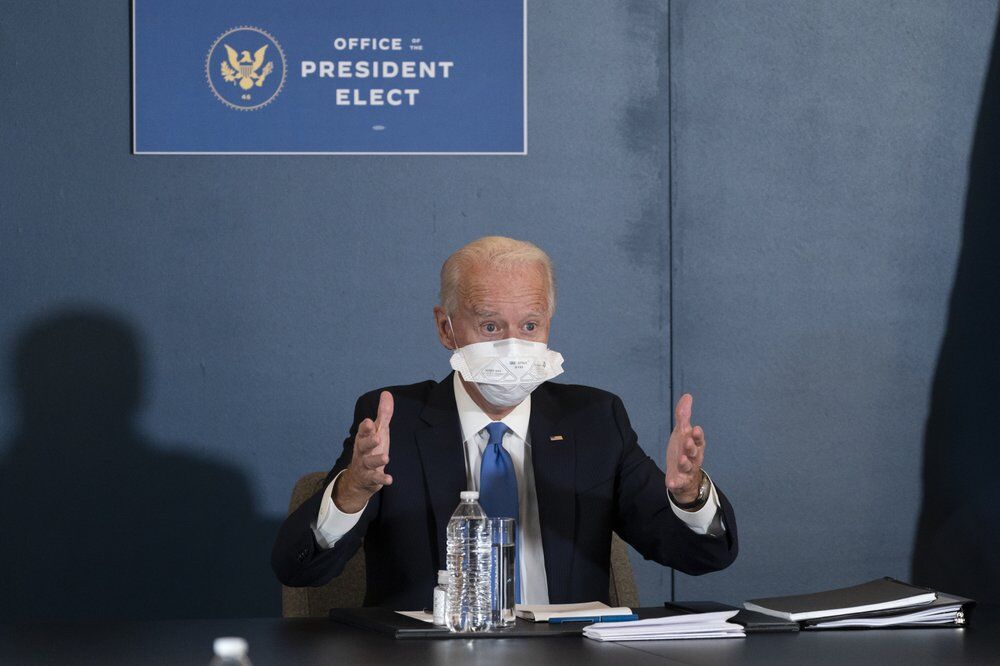 WILMINGTON, Del. (AP) — President-elect Joe Biden is pushing Congress to approve billions of dollars in emergency COVID-19 assistance before he takes office, saying in a meeting Friday with the top Democrats in the House and Senate that such a package should be approved during the lame-duck session.

Biden’s new governing team is facing intense pressure to approve another coronavirus relief bill and come up with a clear plan to distribute millions of doses of a prospective vaccine. That comes as Biden is just days away from unveiling the first of his Cabinet picks, which are subject to Senate confirmation.

“In my Oval Office, mi casa, you casa,” Biden, who sat with Schumer, Pelosi and Vice President-elect Kamala Harris, all wearing masks and spaced out around a bank of tables, said during the brief portion of the meeting journalists witnessed. “I hope we’re going to spend a lot of time together.”

According to a readout of the meeting later released by Biden's team, the group “agreed that Congress needed to pass a bipartisan emergency aid package in the lame duck session," which is the period after Election Day but before Congress adjourns for the year.

It added that the “package should include resources to fight the COVID-19 pandemic, relief for working families and small businesses, support for state and local governments trying to keep frontline workers on the payroll, expanded unemployment insurance, and affordable health care for millions of families."

The sense of urgency in the meeting was echoed in comments earlier Friday by Biden transition aide Jen Psaki, who warned that “there's no more room for delay."

Pelosi said before meeting with Biden and Schumer that she'd make clear “the urgency of crushing the virus,” and how to use the lame-duck session to approve COVID-19 relief and legislation that can keep the government funded.

But prospects for new virus aid this year remain uncertain. Pelosi said talks with Senate Majority Leader Mitch McConnell and GOP leadership on Thursday did not produce any consensus on an aid package.

“That didn’t happen, but hopefully it will,” she said.

Psaki said Biden, Pelosi and Schumer had already begun working together on COVID-19 relief even before Friday's meeting.

“They’re in lockstep agreement that there needs to be emergency assistance and aid during the lame-duck session to help families, to help small businesses," she said. "There’s no more room for delay, and we need to move forward as quickly as possible.”

Biden, Pelosi and Schumer also discussed the agenda for the first 100 days of the Biden presidency, “including taking aggressive action to contain COVID-19, providing resources to small businesses, families, schools, and state and local governments to power our economic recovery, and investing in the middle class," according to the readout.

The president-elect has also promised to work closely with congressional Republicans to execute his governing agenda, but so far, he has focused his congressional outreach on leading Democrats.

The meeting came two days after House Democrats nominated Pelosi to be speaker. She seemed to suggest these would be her final two years in the leadership post.

President Donald Trump continues to block a smooth transfer of power to Biden, refusing to allow his administration to cooperate with the transition team. Specifically, the Trump administration is denying Biden access to detailed briefings on national security and pandemic planning that leaders in both parties say are important for preparing Biden to govern immediately after his Jan. 20 inauguration.

Trying to bypass the Trump administration altogether, Biden on Thursday met virtually with a collection of Republican and Democratic governors.

The Trump administration's Health and Human Services Secretary Alex Azar said Friday on "CBS This Morning” that Biden's charge that the transition delays would cost American lives is “absolutely incorrect."

"Every aspect of what we do is completely transparent — no secret data or knowledge,” Azar said.

Trump, meanwhile, is intensifying his brazen attempts to sow doubt on the election results. The outgoing president's unprecedented campaign to spread misinformation now includes pressuring Michigan officials to block the certification of their state's election results.

Biden won Michigan by more than 150,000 votes, a margin 15 times larger than Trump's victory in the state four years ago.

Election law experts see Trump's push as the last, dying gasps of his campaign and say Biden is certain to walk into the Oval Office come January. But there is great concern that Trump’s effort is doing real damage to public faith in the integrity of U.S. elections.