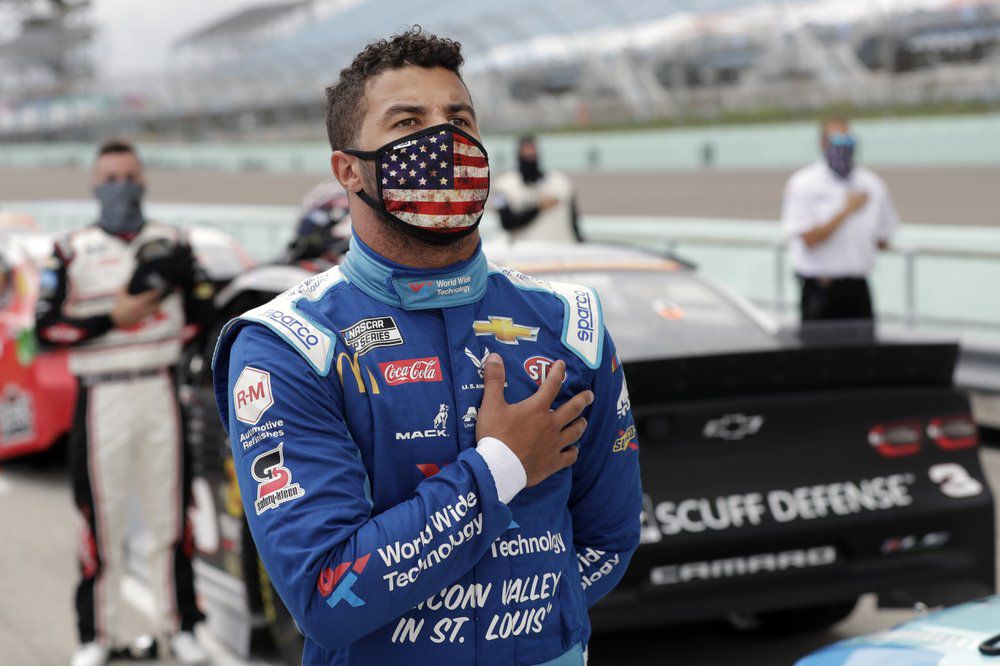 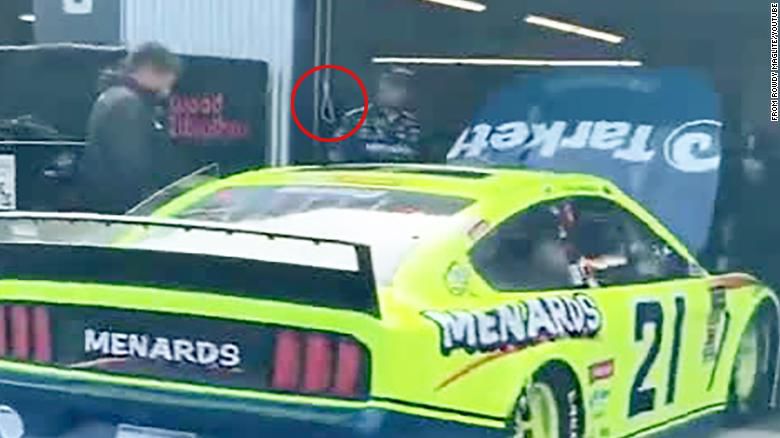 (FOX NEWS) -- In all his years in auto racing, NASCAR driver Bubba Wallace said Tuesday night, he has never seen anything like what he described as a “straight-up noose” that was being used as a door pull in the garage he was assigned last week at Talladega Speedway in Alabama.

“I’ve been racing all of my life,” Wallace told CNN's Don Lemon. “We've raced out of hundreds of garages that never had garage pulls like that. So people that want to call it a garage pull and put out all the videos and photos of knots being as their evidence, go ahead, but from the evidence that we have – and I have – it’s a straight-up noose.”

The FBI determined Tuesday that the rope had been hanging in the garage since last year and it wasn’t intended as a hate crime against Wallace.

Wallace noted to Lemon that both the FBI and NASCAR have been calling the door pull a noose.

"I've been racing all of my life, we've raced out of hundreds of garages that never had garage pulls like that. ... It's a straight up noose."Bubba Wallace to Don Lemon. pic.twitter.com/HnJYpbPrlZ

He said he hadn’t seen the noose himself but had seen photos of it.

"It wasn’t directed at me,” Wallace added, “but it was a noose.”

Prior to the FBI's findings, fellow NASCAR drivers participated Monday in a show of support for Wallace, a 26-year-old native of Alabama who is the only African-American full-time driver on the NASCAR circuit.

Wallace told Lemon he found out about the noose’s presence in his garage Sunday, when NASCAR President Steve Phelps told him about it.

“The look that he had on his face alerted me in a way that I’ll never forget," he said.

Wallace said he was frustrated because the incident has some questioning his character.

“It doesn’t matter if we provide evidence, photos,” the NASCAR driver said. “It will always be photoshopped. I will always have haters.”

The FBI in a statement Tuesday said it has "learned that garage number 4, where the noose was found, was assigned to Bubba Wallace last week. The investigation also revealed evidence, including authentic video confirmed by NASCAR, that the noose found in garage number 4 was in that garage as early as October 2019.

"Although the noose is now known to have been in garage number 4 in 2019, nobody could have known Mr. Wallace would be assigned to garage number 4 last week," the bureau concluded.

“The FBI has completed its investigation at Talladega Superspeedway and determined that Bubba Wallace was not the target of a hate crime," NASCAR said in a release after the findings. "The FBI report concludes, and photographic evidence confirms, that the garage door pull rope fashioned like a noose had been positioned there since as early as last fall."