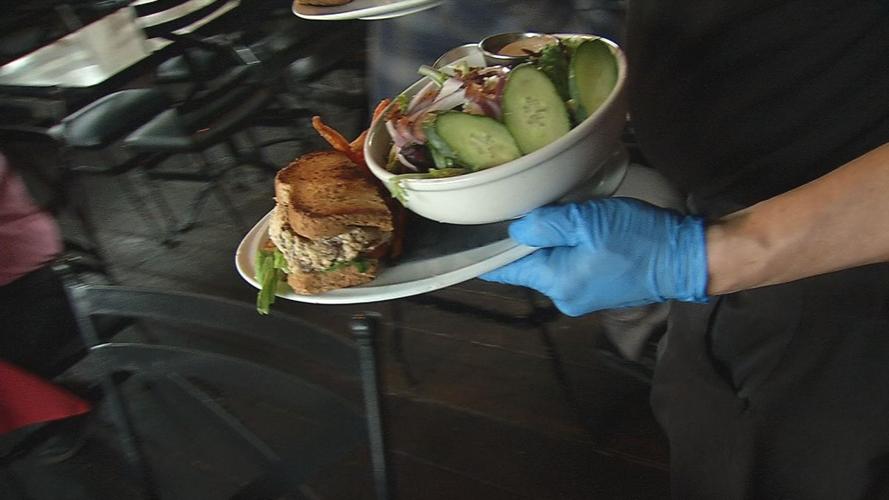 A server at the Village Anchor in Louisville carries food to a table wearing gloves amid the COVID-19 outbreak on March 12, 2020. 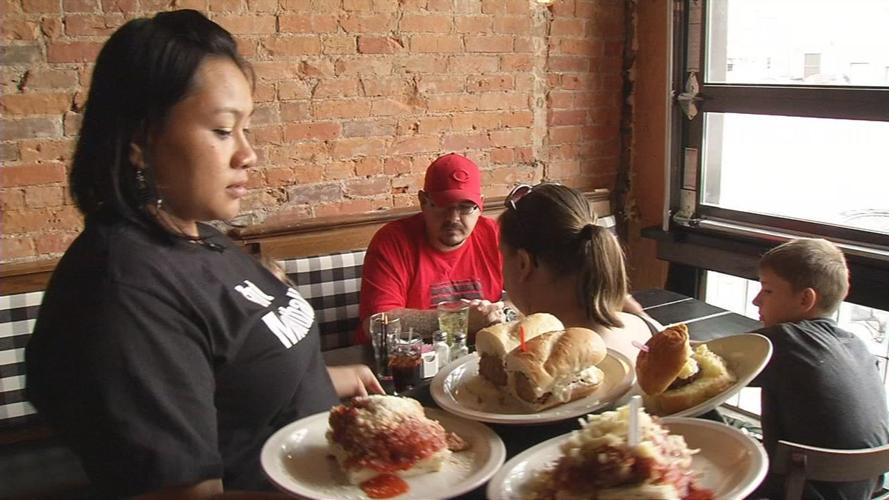 A server at the Village Anchor in Louisville carries food to a table wearing gloves amid the COVID-19 outbreak on March 12, 2020.

(FOX NEWS) -- As the world social distances amid the coronavirus pandemic, it's difficult to completely disconnect when it comes to our food. At some point, the meals we get from the grocery store, restaurant takeout counter or farmers market could be handled by someone with the virus -- but can it transmit through food?

Fox News reports while there are a lot of unknowns with the novel virus, there's no evidence of COVID-19 transmitting through food or packaging, according to the Food and Drug Administration.

The main spread of the virus is believed to be person-to-person, including droplets that remain in the air after a sneeze or cough, according to the Centers for Disease Control and Prevention.

"Unlike foodborne gastrointestinal (GI) viruses like norovirus and hepatitis A that often make people ill through contaminated food, SARS-CoV-2, which causes COVID-19, is a virus that causes respiratory illness. Foodborne exposure to this virus is not known to be a route of transmission," the FDA says.

However, the virus could conceivably be spread by an infected food worker who doesn't properly wash their hands after using the bathroom, according to Harvard Medical School's Coronavirus Resource Center.

"The virus that causes COVID-19 has also been detected in the stool of certain people," Harvard said. "So we currently cannot rule out the possibility of the infection being transmitted through food by an infected person who has not thoroughly washed their hands."

The virus would also likely be killed by cooking, but room temperature foods like salads or sandwiches could potentially harbor it, the school said.

The virus also can't live on imported food packaging, the FDA says, adding it could only survive on a surface for a short period of time, which, depending on the surface could be from a few hours to a few days.

The virus can spread if a person touches their eyes or mouth after touching a contaminated surface, the CDC says, but it's not thought to be the main source of transmission.

Despite the unlikely spread through food, restaurant and grocery store workers are using heightened food safety measures, including frequent hand washing, cleaning surfaces and utensils, cooking food at the right temperature and staying home when they feel sick, according to Live Science.

"It's not that it's not possible," Chapman told Live Science. "There's always this possibility. But I want to make the best risk management decision based on the best science and evidence, and we just don't have any evidence" of transmission through food.

"One of the benefits we have in the food world is we're already thinking of those things a lot -- we're constantly trying to stay away from transmission of foodborne pathogens in normal, regular times," Chapman told Live Science.