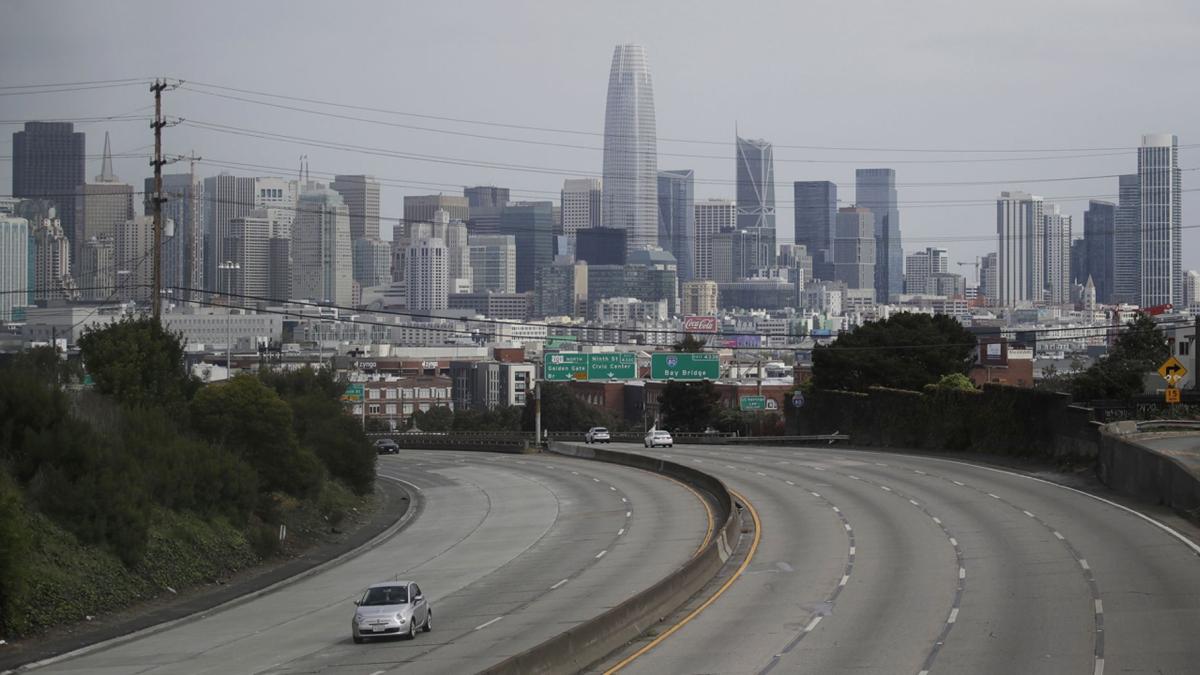 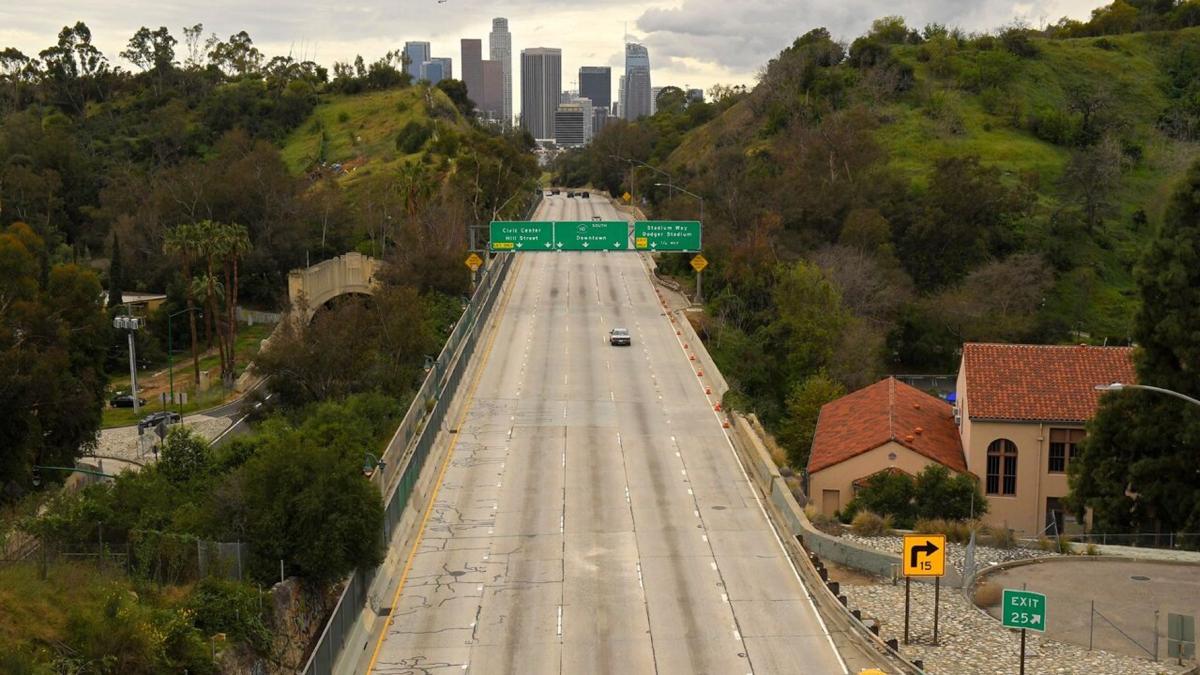 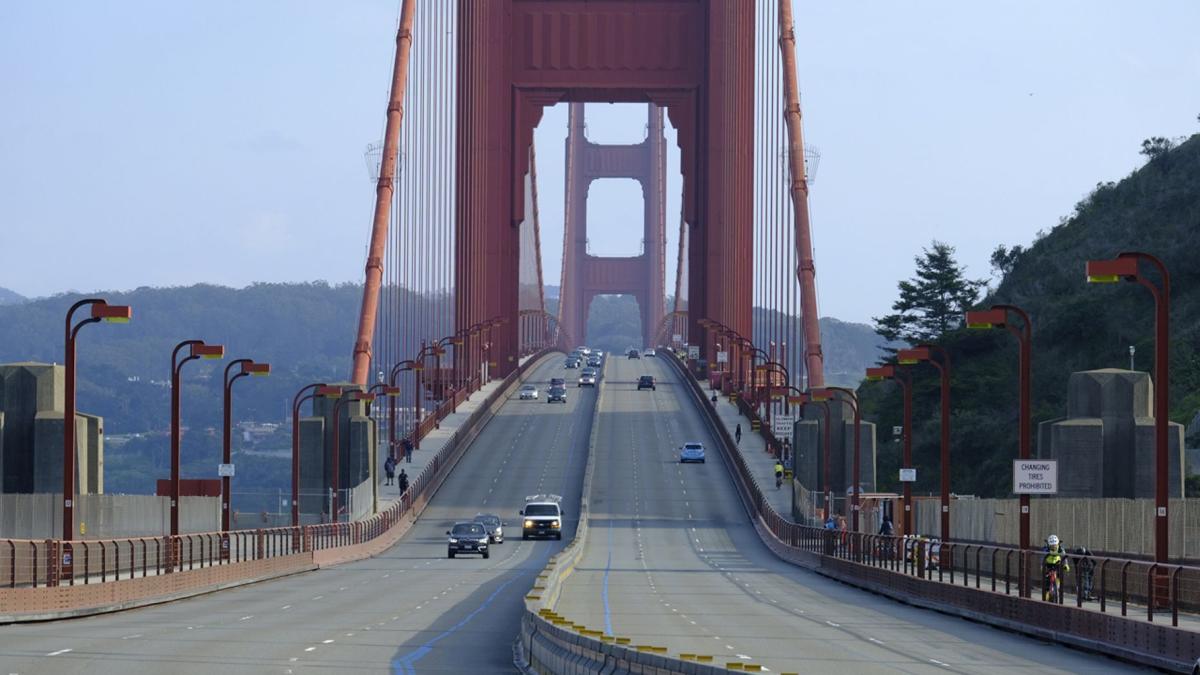 Light traffic is seen on the evening commute over the Golden Gate Bridge on Friday, March 27, 2020, in Sausalito, Calif. (AP Photo/Eric Risberg)

Light traffic is seen on the evening commute over the Golden Gate Bridge on Friday, March 27, 2020, in Sausalito, Calif. (AP Photo/Eric Risberg)

(FOX NEWS) -- The coronavirus outbreak has left California's notoriously traffic-clogged freeways flowing smoothly, but authorities are warning that highways have turned into speedways and worse crashes are being reported.

Fox News reports tens of millions of Californians have been ordered since the middle of March to "stay at home," with non-essential businesses required to close and gatherings outside prohibited.

That's left the Golden State's freeways empty and the California Highway Patrol warning of a new danger on the roads.

"We are seeing a rise in motorists traveling at excessive speeds in the Bay Area," the CHP-Golden Gate Division said Friday on Twitter. "We are still out in force and will continue to issue citations. There is no faster way to get a suspended license than driving 100mph+!"

In a photo shared by police, several speeding tickets can be seen for drivers that topped 100 mph. One of the tickets includes a 2015 Hyundai Sonata that was clocked at 117 mph on a Bay Area freeway.

The recent uptick in speeders is not limited to the northern part of the state.

In the Los Angeles area, police have also noted that while the CHP's call volume has decreased, as people shift to working at home and schools are closed, the crashes they respond to have been more severe.

Gonzalez, who works with the Southern Division of the CHP, told the television station that officers are dealing with the danger drivers taking advantage of no congestion to put the pedal to the floor.

“It surprised me,” she said Friday. “It scares me too.”

Two drivers were killed in Los Angeles last weekend in high-speed crashes on area freeways, according to the Los Angeles Times.

The CHP Oceanside shared a photo Saturday of a driver who was pulled over after being clocked at 102 mph.

CHP Officer Jim Bettencourt in San Diego County said ever since people started staying at home and the slow freeways opened up, it's changed driver behavior.

“With no traffic, people are pushing the envelope a little more. The crashes are a little more dynamic, fewer fender-benders,” he told the San Diego Union-Tribune. “Almost every one has an ambulance responding."

While the recent "stay at home" advisories may have opened up the freeways to more potential speeders, authorities have been warning drivers since the start of March of an uptick in speeders.

On March 4, the CHP-Golden Gate Division said on Facebook that there had been a "steady rise" in the number of 100+ mph citations in the nine counties that make up the greater San Francisco Bay Area.

In February, an officer in the CHP area issued a driver a citation for going 133 mph on Interstate 880, which the CHP adding that the motorist was also arrested for driving under the influence. A motorcycle officer had recently conducted back-to-back enforcement stops on two separate vehicles that were caught traveling at 101 mph and 111 mph, the agency said.

In the San Francisco Bay Area, police said that speeding is the number one cause for traffic collisions.

As of Monday, California had 6,345 confirmed COVID-19 cases and 132 deaths, according to a tally by Johns Hopkins University.