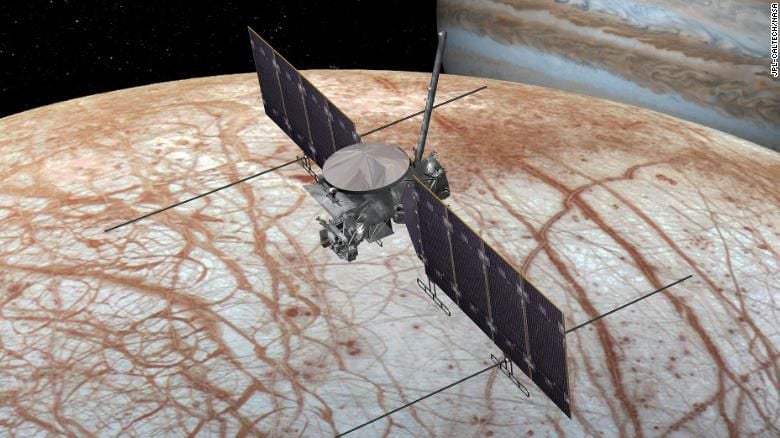 An artist's rendering of the Europa Clipper spacecraft, which will investigate Jupiter's icy moon. (Courtesy of CNN.) 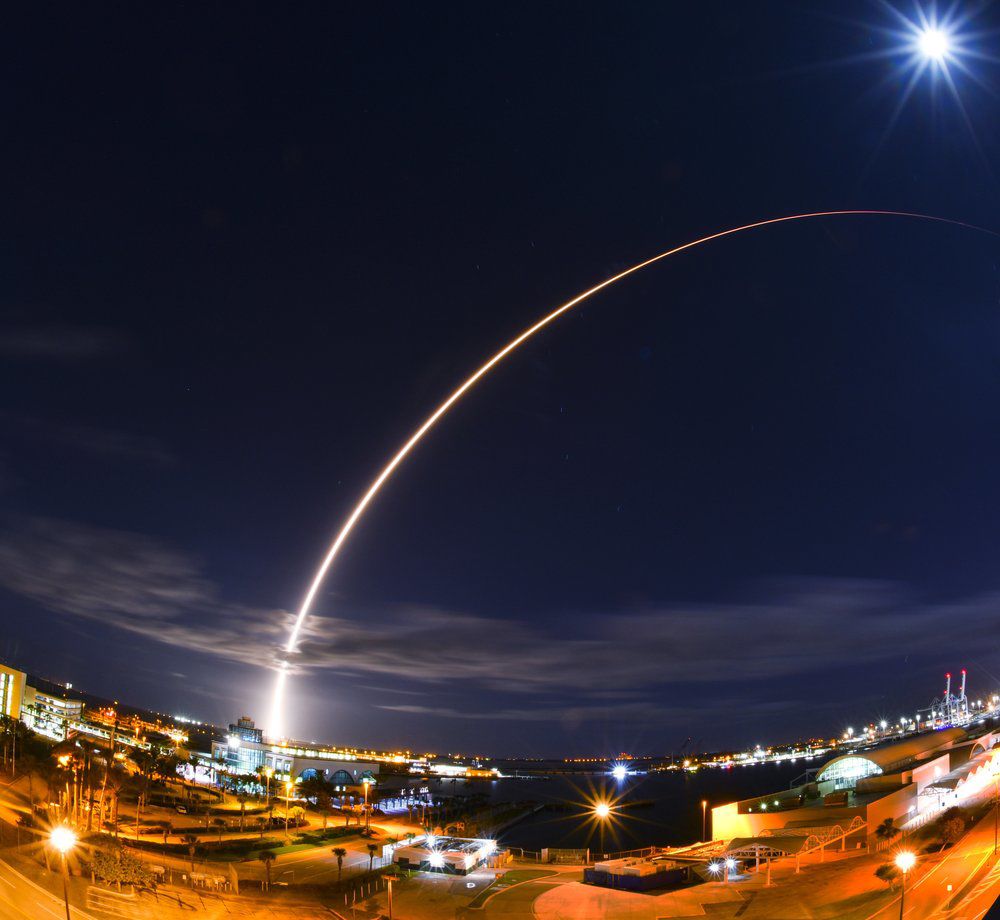 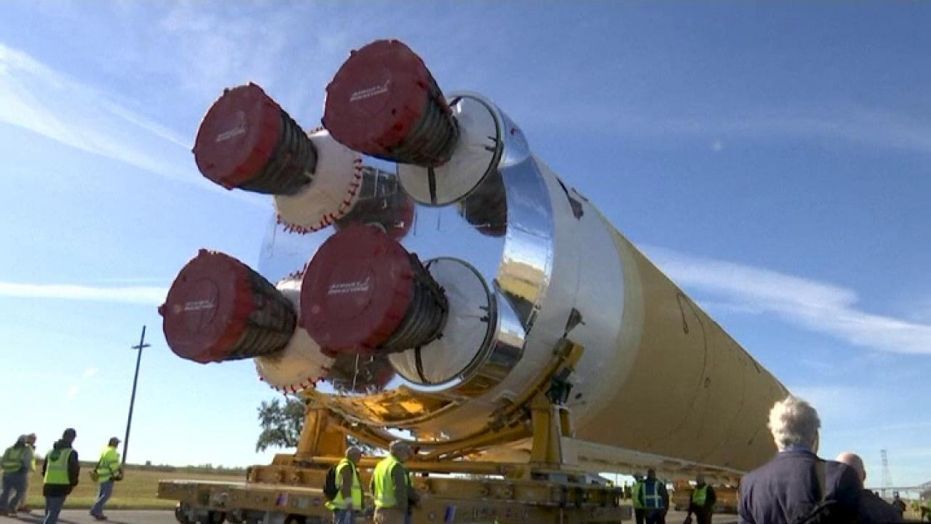 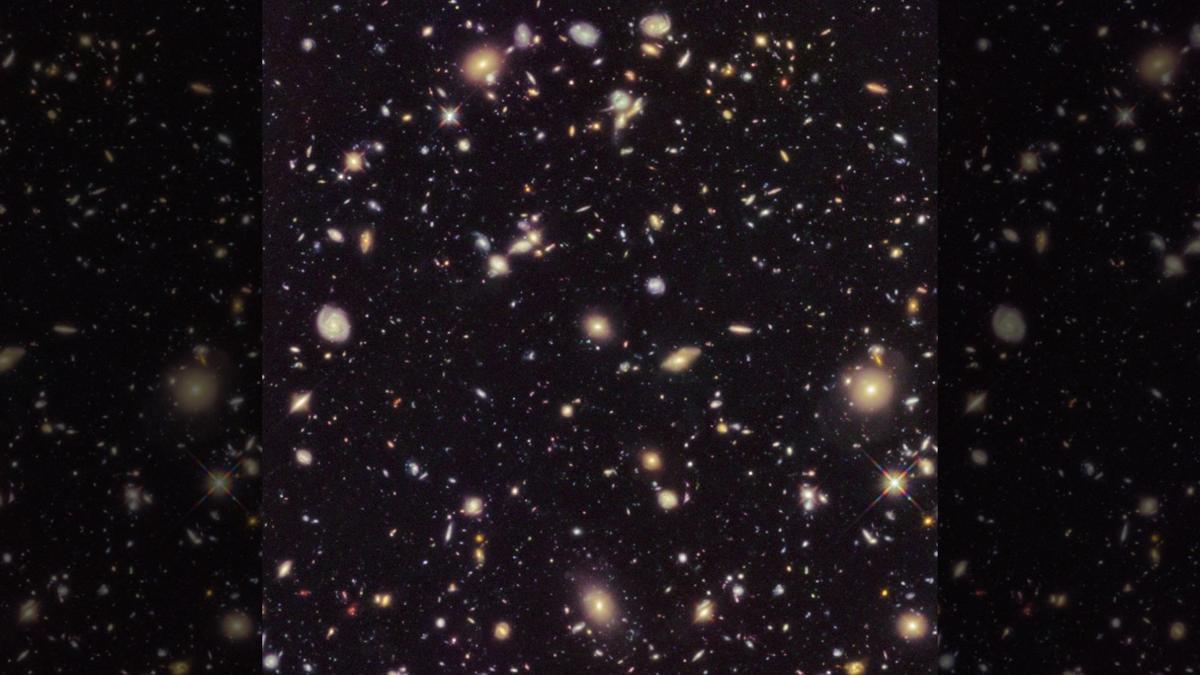 This image made available by the European Space agency shows galaxies in the Hubble Ultra Deep Field 2012, an improved version of the Hubble Ultra Deep Field image. A study published Sept. 12, 2019, uses a new technique to come up with a rate that the universe is expanding that is nearly 18 percent higher than the number scientists had been using since the year 2000. (Credit: NASA, ESA, R. Ellis (Caltech), HUDF 2012 Team via AP)

(CNN) -- To further explore our solar system, NASA has chosen four proposals for missions that would investigate Venus, Jupiter's moon Io and Neptune's moon Trident. If chosen, NASA would develop the missions.

The four proposals highlight planets and moons that are not currently included in the agency's ongoing projects. They're part of the agency's Discovery Program, which encourages scientists and engineers to help us explore the solar system by designing new, imaginative mission concepts. Since 1992, the program has supported development for more than 20 scientific instruments and missions.

"These selected missions have the potential to transform our understanding of some of the solar system's most active and complex worlds," said Thomas Zurbuchen, associate administrator of NASA's Science Mission Directorate. "Exploring any one of these celestial bodies will help unlock the secrets of how it, and others like it, came to be in the cosmos."

Now, the teams behind each proposal will have nine months and $3 million to develop their ideas, resulting in a Concept Study Report. Final selections, which could include up to two of these missions, will happen in 2021.

Two of the proposals involve exploring Venus: One would focus on its atmosphere, while the other would map the planet's surface.

DAVINCI+ stands for Deep Atmosphere Venus Investigation of Noble gases, Chemistry, and Imaging Plus. The mission would be dedicated to analyzing Venus' atmosphere to determine how it formed and evolved. It would also investigate the possibility of an ocean in Venus' past.

The mission's instruments, including cameras, would be protected from Venus' harsh environment by a descent sphere.

"The results from DAVINCI+ have the potential to reshape our understanding of terrestrial planet formation in our solar system and beyond," according to a news release from NASA.

VERITAS, or Venus Emissivity, Radio Science, InSAR, Topography, and Spectroscopy, would map the surface of the rocky planet to shed light on how it turned out so differently from Earth. Our world is often called Venus' twin because the planets are similar in size, but the modern comparisons stop there.

The mission can also provide insight into the geologic history of Venus. The orbiter, equipped with radar, could create 3D topography, allowing scientists to determine how active Venus is volcanically and through plate tectonic processes. It could also study infrared emissions coming off the surface.

Venus likely maintained stable temperatures and hosted liquid water for billions of years before an event triggered drastic changes in the planet, according to a 2019 study. The study author, Michael Way, at The Goddard Institute of Space Science, also authored a 2016 study about climate and oceans on Venus in its past.

Now, Venus is a mostly dead planet with a toxic atmosphere 90 times thicker than ours and surface temperatures that reach 864 degrees, hot enough to melt lead.

Only two NASA missions have visited Venus -- Pioneer in 1978 and Magellan in the early '90s.

Jupiter's moon Io is the target for the Io Volcano Observer mission. Io is the most volcanically active body in the solar system, super-heated by Jupiter. The moon has previously been observed by NASA's Galileo, Voyager, Ulysses, Cassini, New Horizons and Juno spacecraft, but only Juno is still actively orbiting Jupiter, and its main focus is on the planet.

Many mysteries remain about Io, which has intrigued scientists since Voyager 1 captured a volcanic eruption occurring on the surface in March 1979.

Hundreds of volcanoes cover the moon's surface, some shooting lava dozens of miles high. The eruptions are so powerful that they can even be seen using large Earth-based telescopes. Io also has a thin atmosphere made of sulfur dioxide.

The mission's objectives would seek to uncover if Io possesses an interior magma ocean. The spacecraft would conduct close flybys to study the magma and how it erupts.

"The mission's results could revolutionize our understanding of the formation and evolution of rocky, terrestrial bodies, as well as icy ocean worlds in our solar system, and extrasolar planets across the universe," according to NASA.

The largest of Neptune's moons is Triton, which is also highly active. Researchers believe that the oddball moon, which orbits Neptune in the opposite direction of the planet's rotation, was likely a Kuiper Belt Object kidnapped by the planet's gravity.

Previously, it's been visited only by Voyager 2 during its Neptune flyby in 1989. The spacecraft recorded surface temperatures of negative 391 degrees Fahrenheit, and spied active geysers. These actively resurface the moon, which makes it one of the youngest surfaces in the entire solar system. It also has the potential for plumes and an atmosphere, according to NASA.

It's fitting then that the moon named after the son of Poseidon could be visited by the TRIDENT mission, designed as a single flyby. This would map the moon, study its activity and help determine if a subsurface ocean exists, as scientists believe.

"Coupled with an ionosphere that can create organic snow and the potential for an interior ocean, Triton is an exciting exploration target to understand how habitable worlds may develop in our solar system and others," according to NASA.