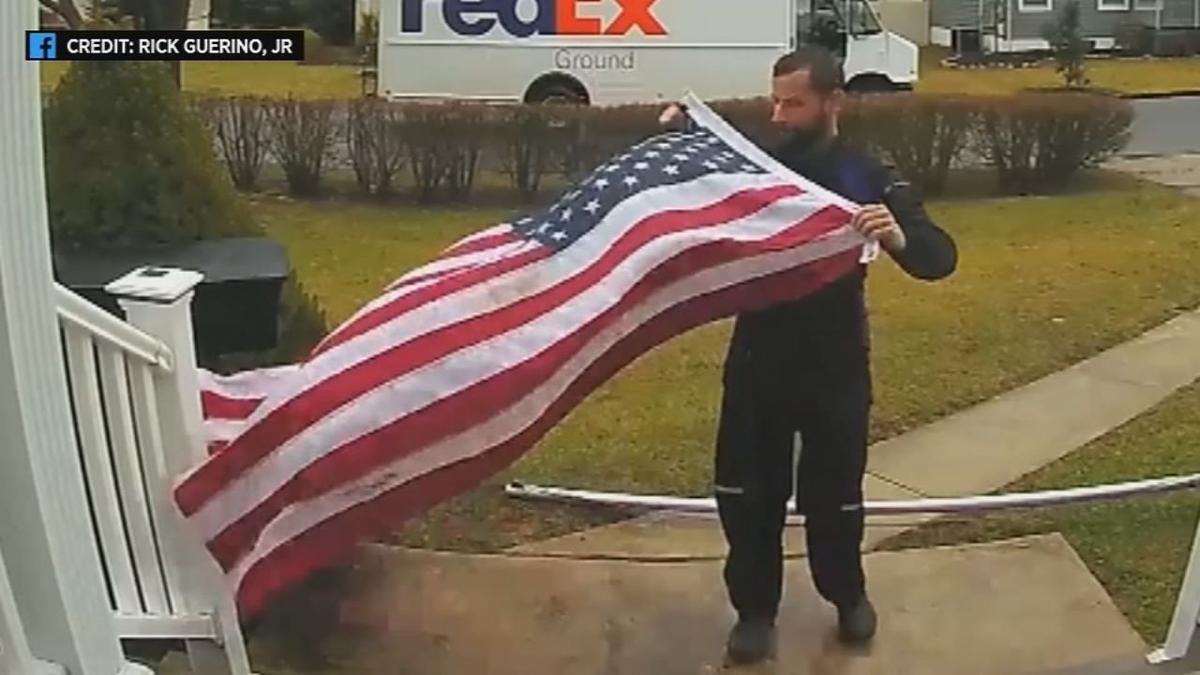 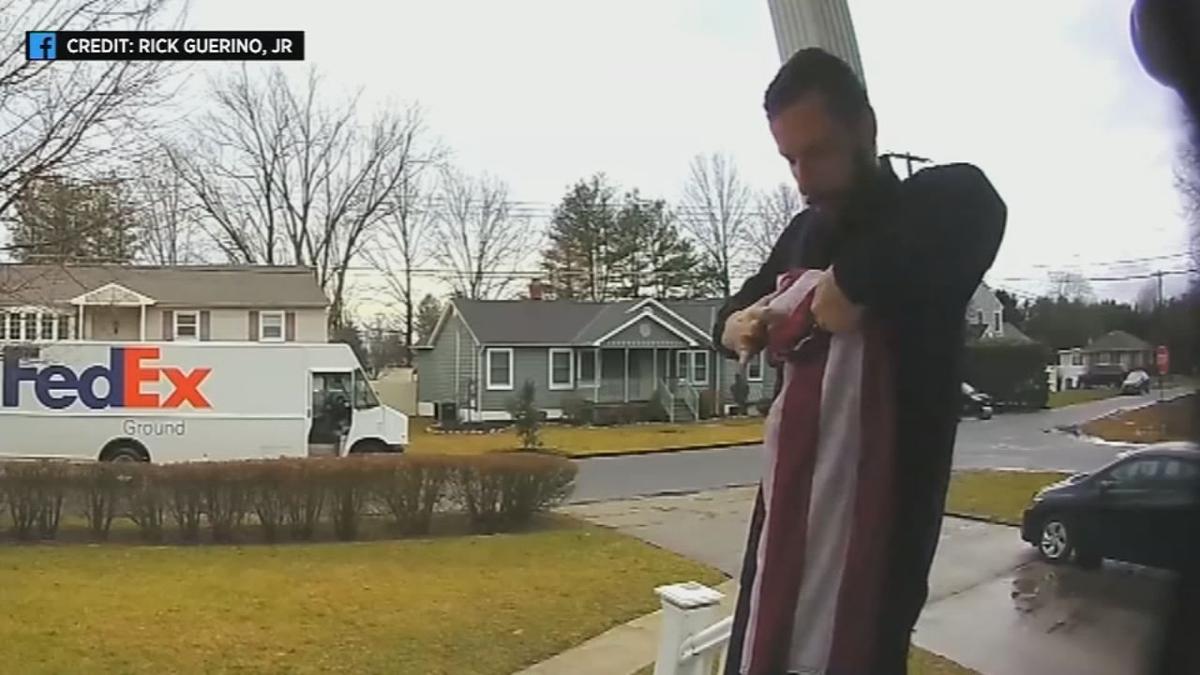 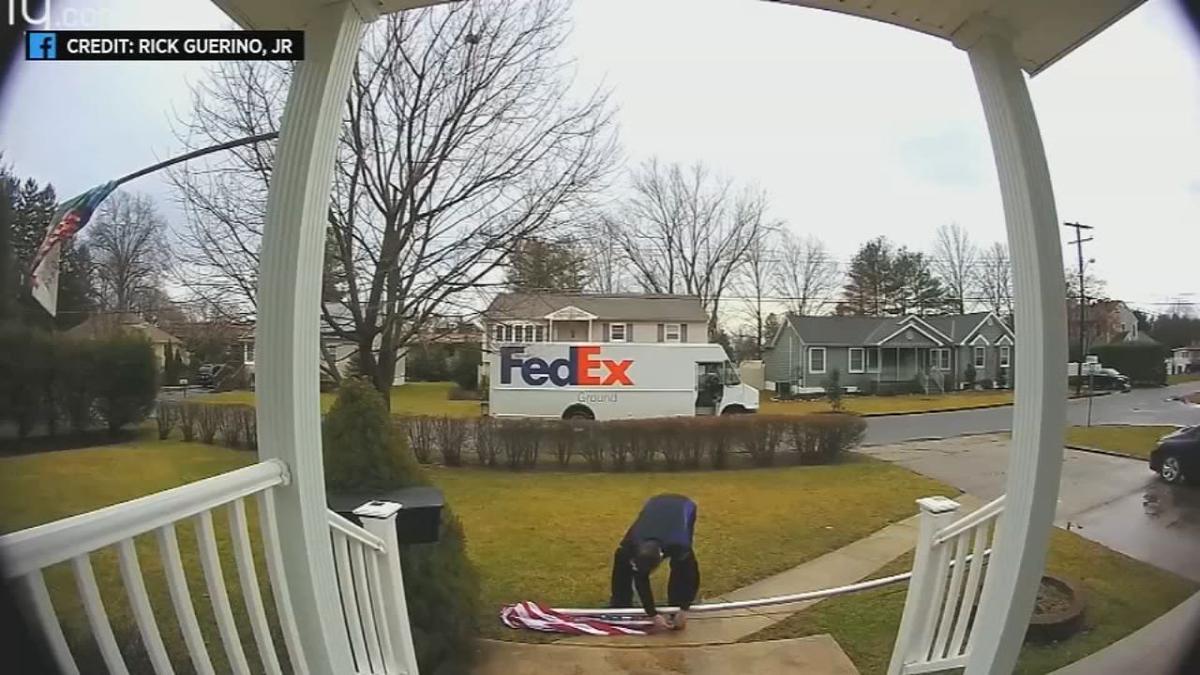 LOUISVILLE, Ky. (WDRB) — A FedEx driver in New Jersey stopped during his route to fold a fallen American flag.

New Jersey homeowner Rick Guerino posted the now-viral video of the act of kindness to his Facebook page. Guerino said he received an alert from his Ring doorbell camera when it spotted FedEx driver Chris Oslovitch walking up his driveway.

Guerino was confused at first, because he wasn't getting a package, but then he saw Oslovitch walk over to his flag pole, which had been knocked down by the wind.

Oslovitch picked up the flag, properly folded it and put it on the porch.

"I was just so stunned by the kind act that he did," Guerino said. "It was stunning. You don't see that often."

Oslovitch said he learned how to fold an American flag from his father, who was a first responder during the Sept. 11, 2011, attack on the World Trade Center in New York City.

"When you see something like that, you can't just, you know, drive past it and ignore it," Oslovitch said. "It's something that just caught my eye, and I had to do something about it."