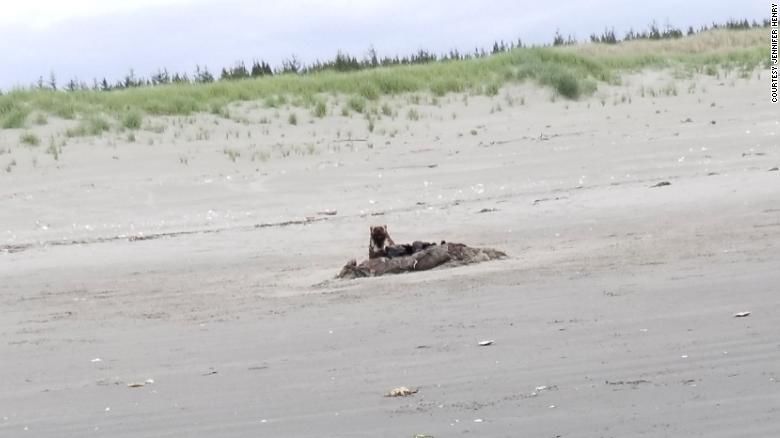 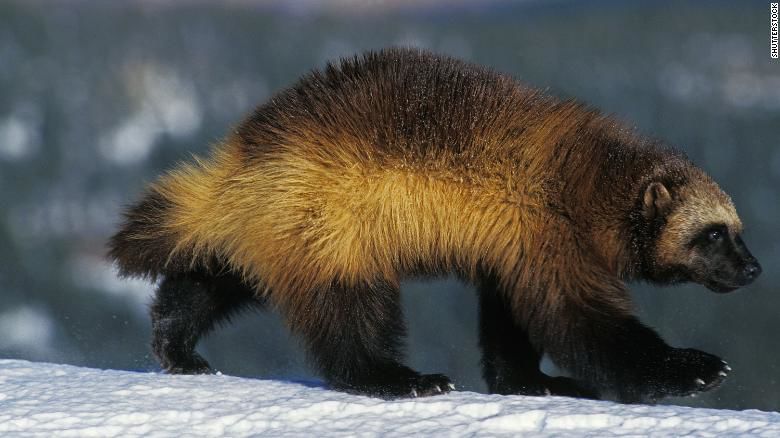 (CNN) When a woman told a wildlife official she thought she'd seen a wolverine on the beach of Washington state's Long Beach Peninsula they didn't believe her.

The elusive creatures live in remote mountainous areas and any sightings -- let alone on a beach -- are rare, according to the Washington Department of Fish and Wildlife.

Then she showed them a picture. In the May 23 snap, a furry animal with distinctive markings appears to be eating the carcass of a marine animal that washed ashore.

Jeff Lewis, a mesocarnivore conservation biologist with the WDFW, told CNN about the encounter and that he confirmed the animal was indeed a wolverine. There are only around 20 of the mammals in the entire state, according to WDFW. They are usually roaming in the remote mountainous areas of the North Cascades not on the sandy beach.

"This is way outside the beaten path for the wolverines," Lewis said. "It's not near the habitats they are usually at."

A wolverine was also seen on May 20, walking down a road in Naselle, a town east of Long Beach Peninsula, Lewis said. An observer captured two pictures of it and submitted them to Lewis for confirmation.

"Given the oddball nature of these observations," Lewis said. "It seems likely this is the same animal."

While the animal does look like it is on the smaller side, Lewis said, it is normal for wolverines to strike out on their own. The age and gender of the animal are unknown. He added that juveniles disperse to find new homes away from relatives.

"I worry about this one because it is in an area way more densely populated then where it is used to," he said. "My concern about it most is it can get hit in the road or someone might shoot it."

Lewis said he hopes more people are able to document the animal's travels which will give researches more insight into its unusual movement. Also if hair is left behind by the furry animal that will help researches collect DNA on it. Residents can submit photos by calling their regional wildlife office. Lewis said the animal isn't a threat to humans.

"People do not need to worry about it," he said. "Just enjoy seeing it go by."