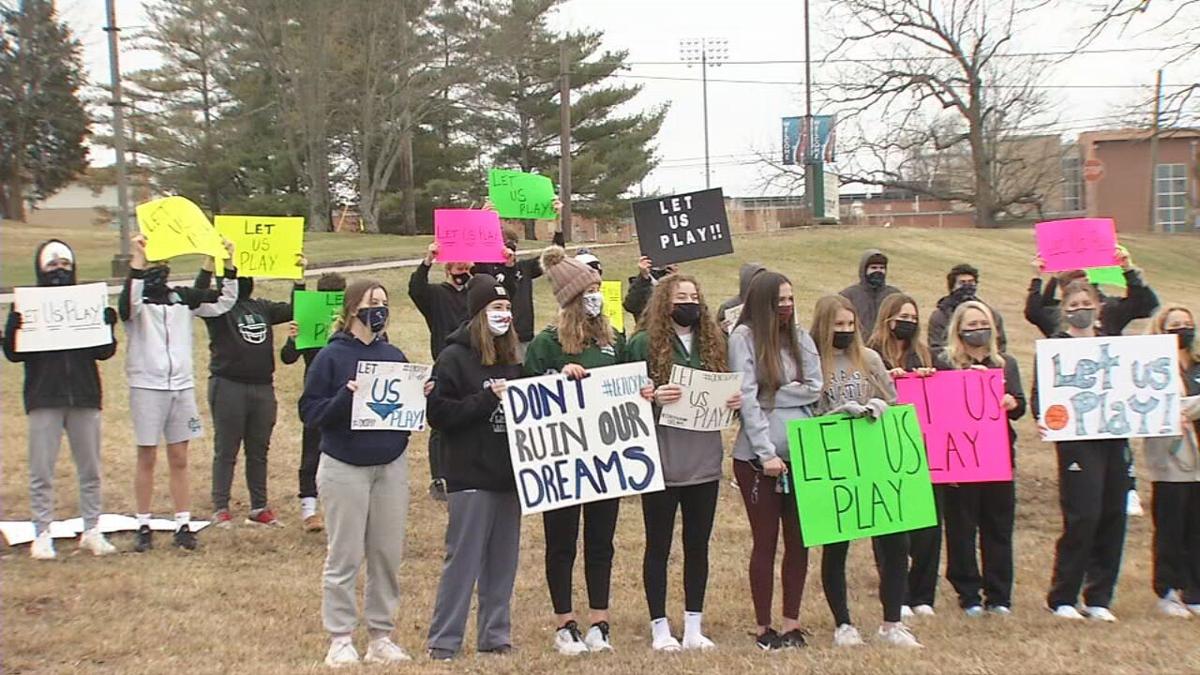 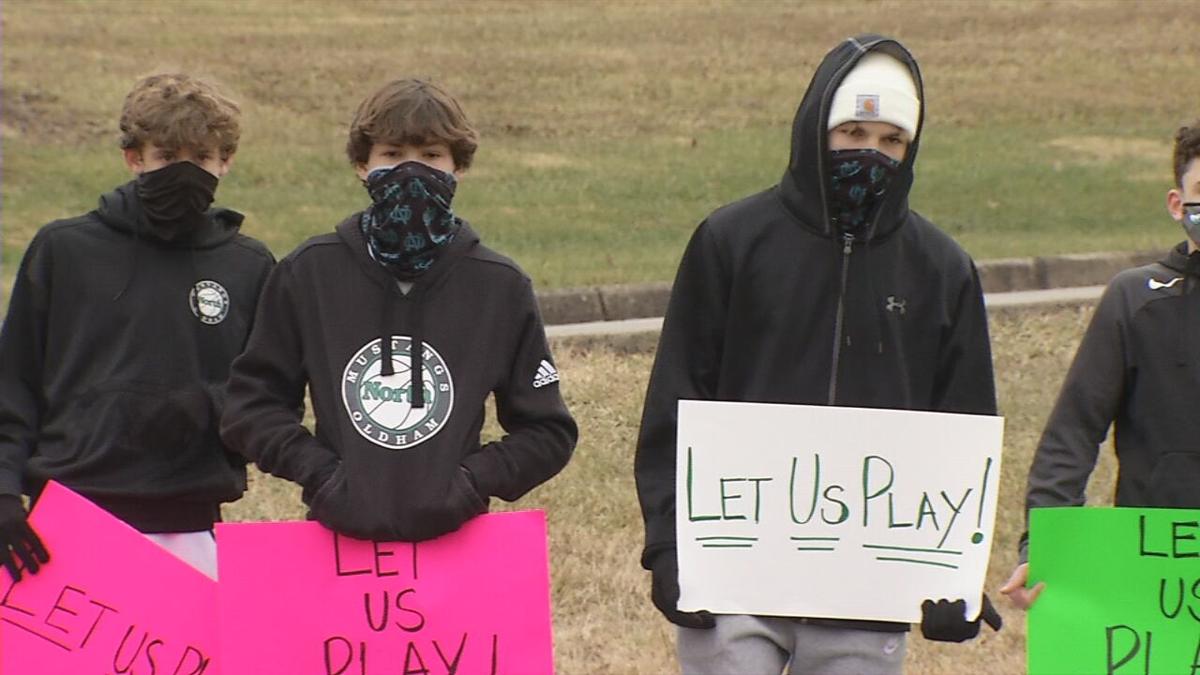 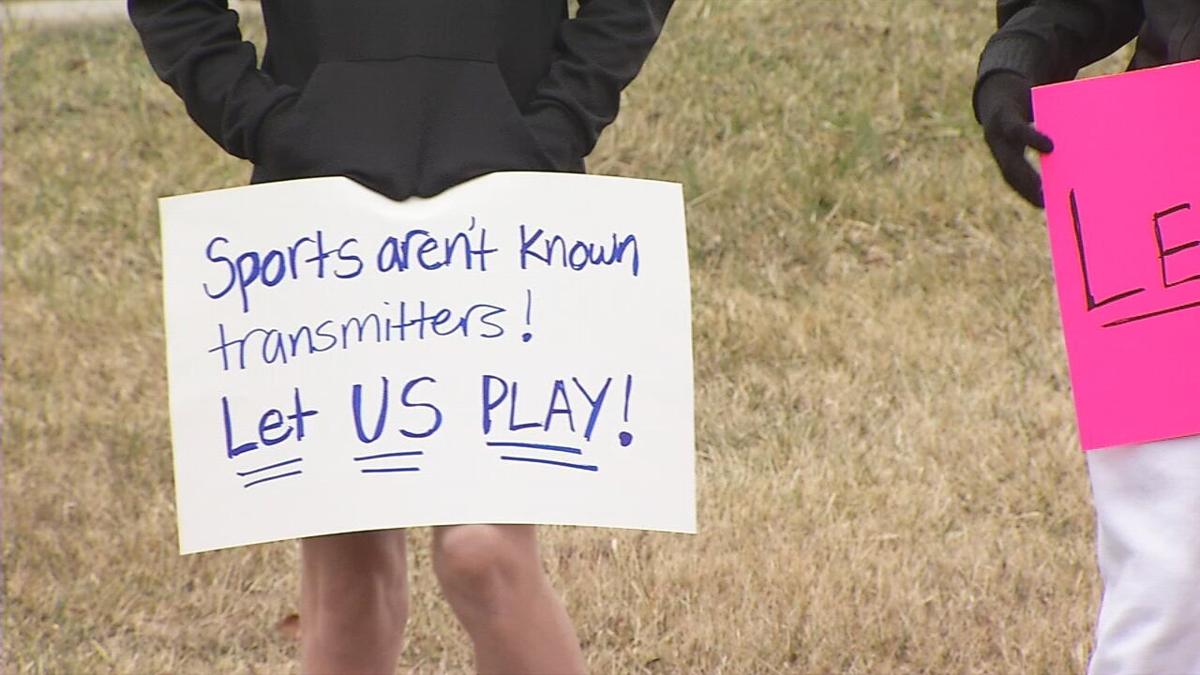 LA GRANGE, Ky. (WDRB) -- Student-athletes and their parents in Oldham County Schools are pushing the district to allow winter sports to resume.

The district stopped athletic competition for its winter sports due to the county's high COVID-19 incidence rate. And the delay has frustrated players and their parents.

A rally organized in La Grange on Monday featured about 40 players and parents calling on district officials to "let us play," their signs read.

"The governor has backed the school protocol, which allows schools to go to school and play in the red," said Rick Ashton, a parent of a student athlete at North Oldham High School. "We're just trying to be one of those counties that are doing so."

The state has allowed schools to return to in-person learning and athletic competition if they choose to do so.

However, school districts in Oldham and Jefferson counties as well as those Fort Knox and Fort Campbell decided to hold off due to each of their county's high incidence rate.

While teams have been sidelined from competition, the district has allowed practices to continue. Parents and player believe that if it's safe enough to practice, they should also be able to compete against other teams.

"I'm going to my 10-year-old brother's basketball games with just as much exposure as a high school game, and that's just really frustrating to me how we can't get out there and play," said Riely Neal, who plays basketball for North Oldham.

The district released a statement Wednesday that said there's a possibility for team's to resume competition beginning Friday, depending on the county's COVID-19 status.

"Winter sports have continued to practice, although we put a temporary pause on games," the statement read. "The plan is to resume games Friday, January 15, if we see a steadying of active positive cases in our community. We hope to have a decision on this by tomorrow or Wednesday, but this remains a fluid situation. Our goal remains to complete a full season of games."

While the possibility of getting back into action is exciting for parents and players, many are worried that it may not happen this week. Several who attended Monday's rally said the decision to stop play temporarily was unfair because of the many other districts that have already begun their seasons.

"Seeing them play, hearing the news from them, seeing posts from my AAU team, it's frustrating to not be able to be on the floor," said Sierra Kemelgor, a student-athlete at South Oldham High School.