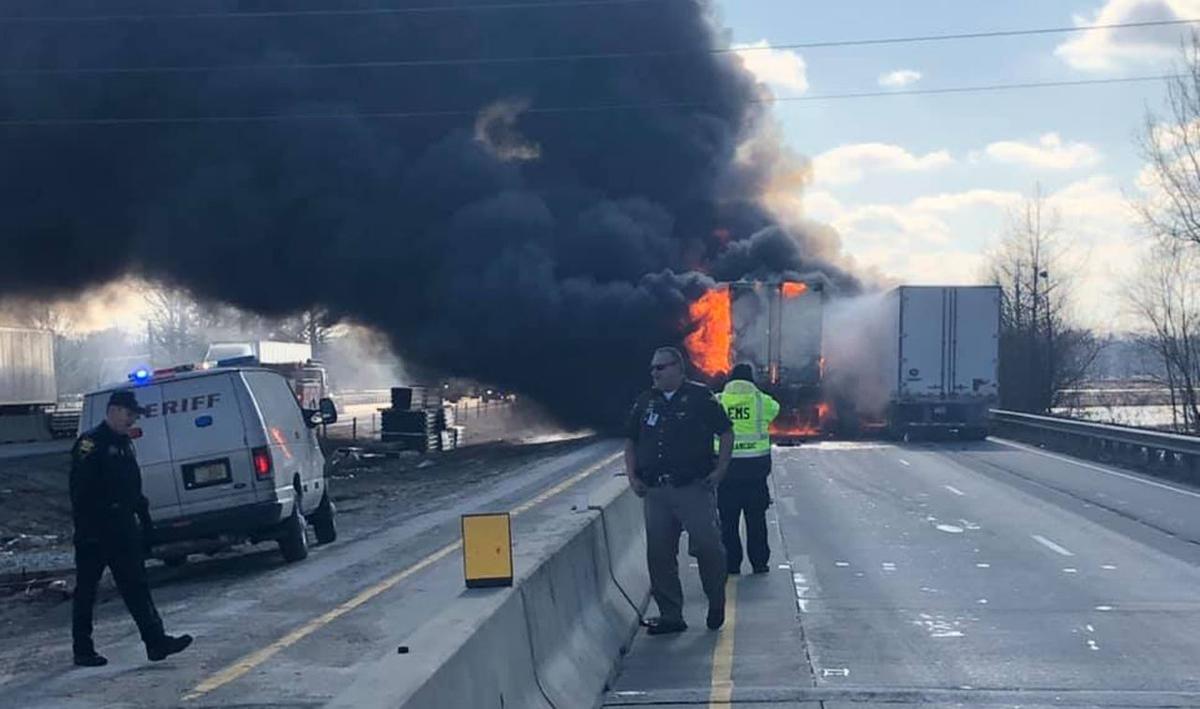 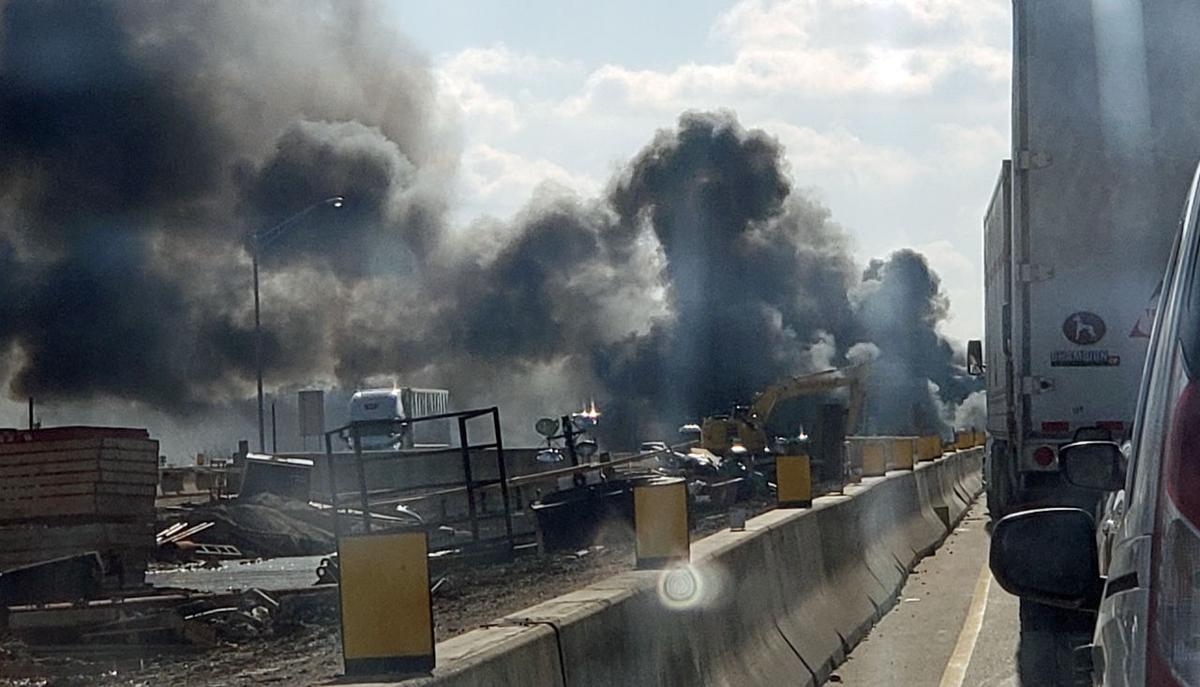 Photo from a WDRB viewer

LOUISVILLE, Ky. (WDRB) -- Three people were killed Wednesday morning in a crash on I-65 in southern Indiana.

The crash happened around 10 a.m. on southbound I-65 in Jackson County, about five miles north of Seymour.

Indiana State Police said in a news release a semi truck, driven by 28-year-old Cameron Haskett, slowed in the left lane because of traffic ahead. A 2009 GMC Sierra, driven by 67-year-old John Mumma, slowed behind Haskett. And a mobile home, driven by 57-year-old Glenn Cardelli, had slowed behind Mumma.

A fire broke out as a result, and Cardelli, his 57-year-old wife, Kathryn Cardelli and Mumma were all killed. No one else was injured.

The crash remains under investigation, pending toxicology results. All southbound lanes of I-65 reopened around 10 p.m.