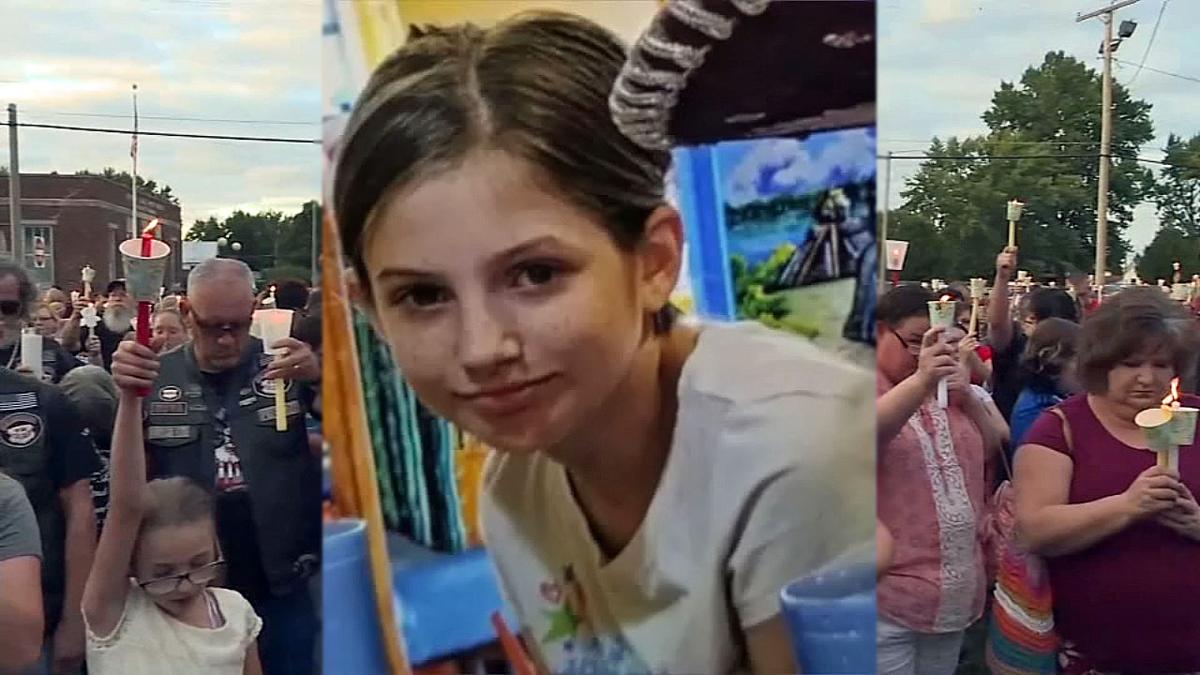 The community of Gas Light, Indiana, held a vigil Wednesday night to remember 10-year-old Skylea Carmack, less than 24 hours after her body was discovered hidden in a shed behind her home. Her stepmother, Amanda Carmack, was arrested and accused of killing her. 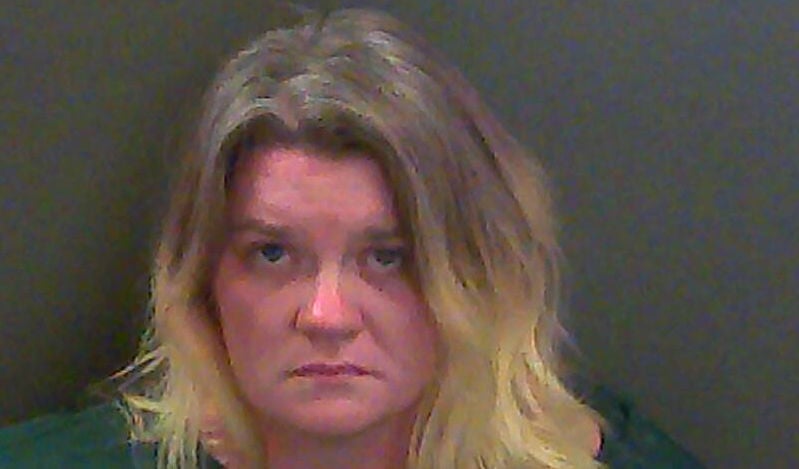 The community of Gas Light, Indiana, held a vigil Wednesday night to remember 10-year-old Skylea Carmack, less than 24 hours after her body was discovered hidden in a shed behind her home. Her stepmother, Amanda Carmack, was arrested and accused of killing her.

The body of Skylea Carmack was discovered Wednesday in a plastic bag in a shed hidden behind her home. The discovery tragically ended a community-wide search for the missing 10-year-old that had been going on for days.

On Friday, Grant County prosecutors formally charged 34-year-old Amanda D. Carmack with the girl's murder. Amanda Carmack is charged with murder, strangulation, neglect of a dependent resulting in death and domestic battery death to a person under age 14.

A six-page probable cause affidavit released on Friday provides details about why prosecutors were led to charge Amanda Carmack.

Skylea lived in a home with her father, Kevin Carmack, Amanda Carmack, her stepmother, as well as six other children.

According to the document, police were first contacted about Skylea's disappearance on Saturday, Aug. 31, just after 9 p.m.

Police say it was Amanda who reported Skylea was missing. She allegedly told officers that she had been working with Skylea in the back yard shortly before she vanished.

At one point, she said she discovered that Skylea had taken a charm bracelet from one of the other children in the home -- and that she'd found the bracelet after searching Skylea's room.

She said she then told Skylea to go clean her room while she made dinner for the rest of the family.

Amanda said Skylea did not come down from her bedroom for dinner, and she checked on her at about 9 p.m. That's when -- she claimed -- she discovered Skylea was missing. She said she then called her husband, Kevin Carmack, and he told her she needed to call the police.

But police say interviews with the six other children in the home uncovered disturbing information.

"During the interviews, several of the children disclosed that [Amanda Carmack] was a strict disciplinarian, physically abusing them," the probable cause affidavit states. "They stated that when they were in trouble, they would have to stand with their face against the wall with their hands in the air. Sometimes they would remain in this position for several hours.

"They also stated that the defendant would use a 'pink' belt to whip them. They would also be confined to their rooms and only be allowed to come out to eat and use the restroom."

One of the children who shared a bedroom with Skylea said she had been confined to her room for the past week-and-a-half, according to police.

Police say they formally interviewed Amanda on Sunday and confronted her about some of the claims the children made. She allegedly denied ever using a belt to spank her kids, going as far as to deny ever hitting or spanking the children at all.

But police say she later admitted to slapping Skylea across the face because she caught her stealing a charm bracelet on Saturday.

She said she couldn't remember where she was when she did this.

Police say during this interview, Amanda "displayed numerous signs of deception." They said she refused to provide any details about what she was doing when Skylea vanished. When asked if she did anything to cause Skylea to go missing, she allegedly replied with, "I don't remember" or "It doesn't matter."

At one point, a detective asked her point blank if she killed Skylea.

Police say she neither confirmed nor denied the allegation, "but just stared" at the detective.

Her phone was also examined. Police say it never left her home on Saturday, and there was a 5-hour, 30-minute gap of activity between 3:29 and 8:59.

Amanda would later fail a polygraph test in a subsequent interview, according to court documents.

Police also interviewed Amanda's husband, Kevin Carmack. According to court documents, Kevin said he was a truck driver on his way home from Maryland when he learned of Skylea's disappearance.

He said the last time he spoke with her was in a video call just before 3:30 p.m. Aug. 31. During that 30-minute call, he confronted her about why she stole the charm bracelet.

"Kevin was very cooperative and forthcoming with every detail he knew and did not display any signs of deception," police wrote.

His phone corroborated his account of his whereabouts, according to police.

Police say the community began searching for Skylea the night of Aug. 31, and the search continued until her body was found on Sept. 4.

On Sept. 2, police say they again interviewed several of the children.

Police say one of the children told them Amanda got home Saturday afternoon and saw Skylea cleaning her room. She said her and some of her siblings went out to ride their bikes at about 4 p.m.

When they returned about 6 p.m., she said she noticed Skylea was no longer in her room, and her pillow and some of her items were missing.

At that point, she said she went downstairs and told Amanda that Skylea was not in her room, but she said she just "shrugged her off and continued on making dinner."

After dinner, the girl said she heard Amanda crying in Skylea's room. Amanda allegedly told her, "I should have listened to you" and said Skylea had run away again.

Police say the case turned shortly after midnight Sept. 4, when Amanda walked into the Gas City Police Department and said she wanted to talk to someone. Police say they found her on the floor of the interview room sobbing.

She allegedly told officers that she killed Skylea.

"She stated she does not remember all of the details but she remembers being on top of her in the barn while she was on her back," the probable cause affidavit states. "She started choking her with her hands, then she thinks she tied something around her neck.

"Once she was dead, she placed her in a black trash bag and left her in the white shed."

Police say she "wouldn't explain why she killed her, other that she was very angry."

Police say they found Skylea's body in the shed at 3 a.m. on Sept. 4, just hours later. The body was found in a black trash bag containing two more bags. One of those bags contained the pillow, blanket and backpack that had vanished from Skylea's room.

They also found Skylea's body in the bottom of the bag, "curled up in a tight fetal position."

The autopsy report indicated that she had a pair of cloth pants tied very tightly around her neck that was used to asphyxiate her.