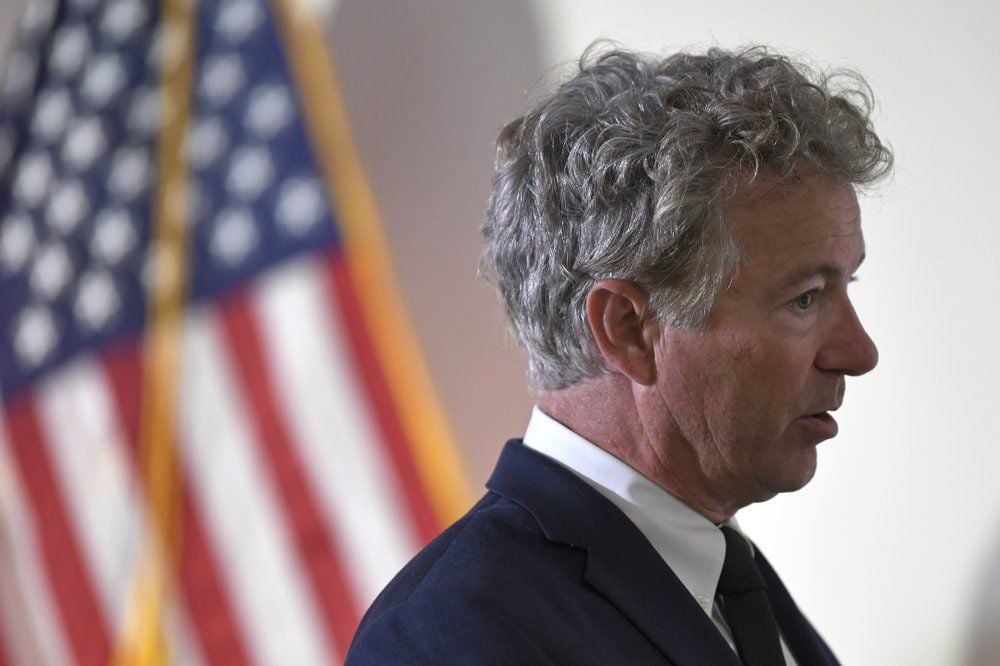 LOUISVILLE, Ky. (WDRB) -- U.S. Sen. Rand Paul of Kentucky has filed legislation that would prohibit the use of no-knock warrants around the country.

Paul's legislation, the "Justice for Breonna Taylor Act," is named after Louisville resident Breonna Taylor, who was shot and killed March 13 when police executed a no-knock raid on her apartment.

"After talking with Breonna Taylor’s family, I’ve come to the conclusion that it’s long past time to get rid of no-knock warrants," Paul said in a statement released Thursday afternoon.

According to a news release from Paul's office, the Justice for Breonna Taylor Act "would require federal law enforcement officers to provide notice of their authority and purpose before they could execute a warrant, and it would require the same of any state or local law enforcement agency that receives funds from the Department of Justice." To read the Justice for Breonna Taylor Act in full, click here.

Last week, Paul held up legislation that would make lynching a federal hate crime punishable by up to life in prison.

During a conversation Tuesday with Taylor’s aunt, Bianca Austin, and activists seeking answers to Taylor's death at the hands of law enforcement officers, Paul criticized no-knock warrants, which allow police to enter a home without announcing their presence, as well as the militarization of police departments.

"I think it’s crazy that we’re breaking down people’s doors in the middle of the night," Paul said Tuesday. "People are frightened. They don’t know what to do. They don’t know if it’s burglars."

An attorney for Taylor's boyfriend, Kenneth Walker, has said Walker thought Taylor's apartment was being robbed when Louisville Metro Police officers Myles Cosgrove, Brett Hankison and Jonathan Mattingly used a battering ram to break into the residence around 1 a.m. March 13. Walker fired a shot at the officers and hit Mattingly in the leg, which police said prompted officers to return fire. Taylor was shot eight times and killed during the raid. Her family has filed a wrongful death lawsuit against Cosgrove, Hankison and Mattingly.

LMPD Det. Joshua Jaynes applied for the no-knock warrant on Taylor's apartment, which Jefferson Circuit Judge Mary Shaw signed March 12. The warrant on Taylor's residence indicated police were looking for drugs, money, weapons, "paperwork that may be a record of narcotic sales" and any electronic records that may be evidence of drug trafficking.

Nothing illegal was found in Taylor's home after her death, however.

"I don’t want to be out there just saying police are bad," Paul said Tuesday. "There are many, many good people on the Louisville police force. I’ve met them. It’s sometimes sort of like our soldiers, put into a bad position by bad policy."

Jaynes has been reassigned amid questions about how and why the warrant was approved, LMPD Chief Rob Schroeder said Wednesday.

Louisville Metro Council on Thursday unanimously approved "Breonna's Law," legislation that bans the use of no-knock warrants in the city. Breonna's Law also ensures that body cameras must be worn by all officers executing a warrant for at least five minutes before and after the warrant is issued.