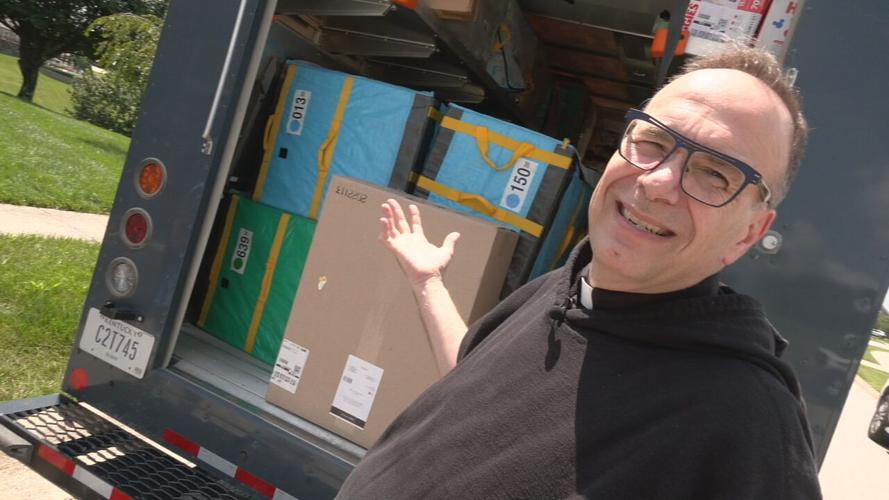 Deliveries have been constant since Rev. Jim Sichko asked his social media followers to help. 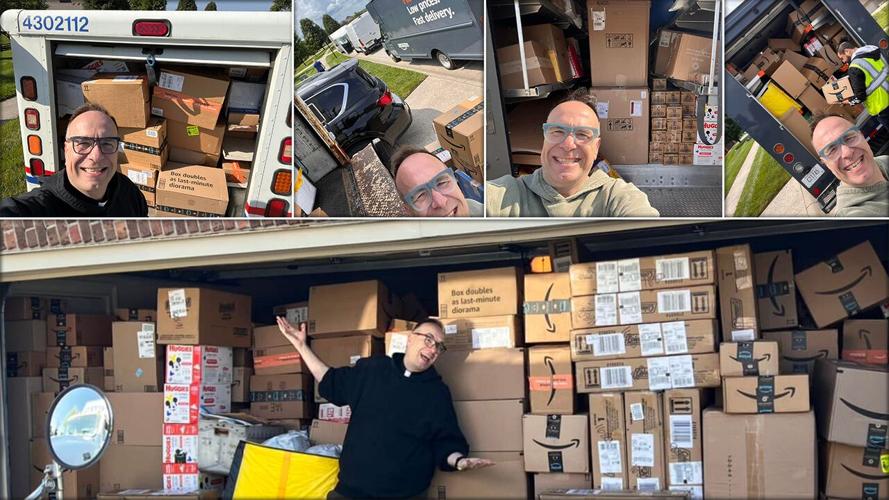 Father Sichko is a Papal Missionary. His focus is to bring mercy, kindness, happiness, and positivity. 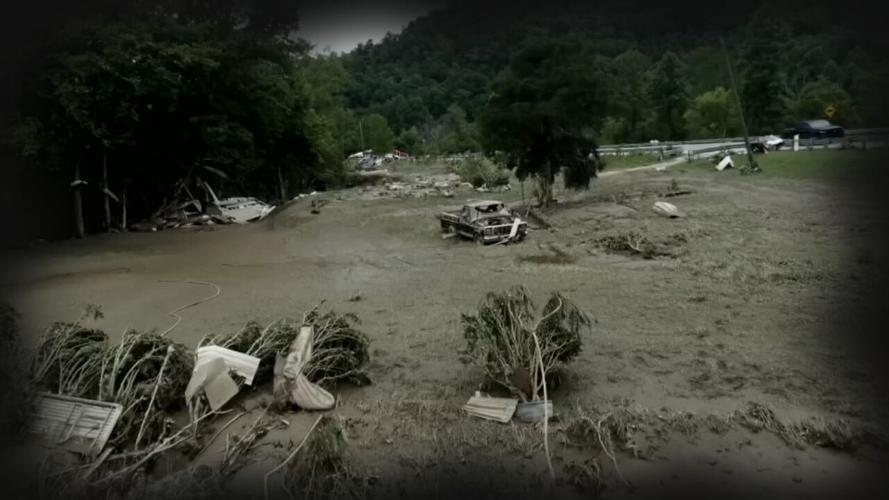 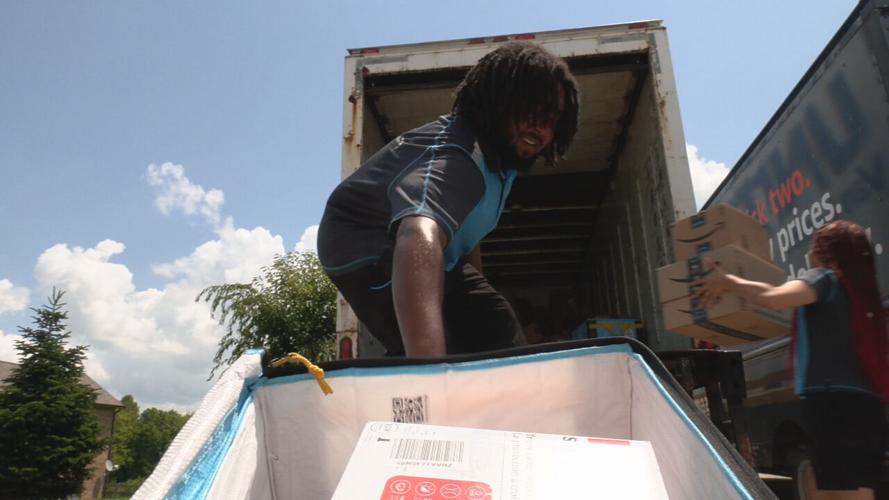 Rev. Jim Sichko will deliver the donations next week.

RICHMOND, Ky. (WDRB) -- There's always that house in a neighborhood where the Amazon truck seems to just park. Rev. Jim Sichko lives in that house in one Richmond subdivision.

"This is a lot of stuff," an Amazon driver could be heard saying during a recent drop-off.

All of the things inside the packages being delivered are not meant for Sichko. He, like everyone else, watched in disbelief as parts of eastern Kentucky disappeared in rising flood waters.

Just miles from the destruction is where Sichko used to have a congregation at a Richmond church. That is until he was named a "Papal Missionary" by the Vatican. His orders, from the pope, are to bring mercy, kindness, happiness and positivity.

"That's what I do all over the world," Sichko said.

Finding smiles — like those on the Amazon boxes being delivered to his house — is going to be a tall order. That's because the people he wants to help are waking up to nothing.

"This is not a short-term issue," Sichko said. "This will be a marathon."

He doesn't shy away from the difficult. Sichko took to his widely followed social media accounts for help.

Good-hearted people from around the world delivered.

"It speaks really to the essence of good in people's hearts," Sichko said.

When a WDRB News crew was at Sichko's house, one truck full of packages was being unloaded as another showed up. That's been happening for days.

Drivers and volunteers helped the Kentucky priest fill his garage to the brim, and a truck in the driveway.

"To me, it's not necessarily work," said Pearce Nisbet, a volunteer. "It's kind of rewarding."

I am so proud of this team! We took the afternoon off to help unpack thousands of boxes donated to @JimSichko for the people affected by the floods in eastern Kentucky. It was a total team effort and we were amazed by all of the generosity shown from all over the country. #GoCats pic.twitter.com/kBqXTqn1YM

All of donations seem like a lot, but the reality is: "This will just make a dent, in an inch of destruction, but it's something," Sichko said.

It may be all someone suffering needs to find the faith to get through more painful days ahead, until they can recover, rebuild, and the flood of 2022 is a memory.

"In times like this, often times, people become very alone," Sichko said. "They become very overwhelmed, and, in turn, they find the generosity and care of people."

The donations will be delivered to several spots in eastern Kentucky next week. Sichko also plans to hand out cash when he gets there.