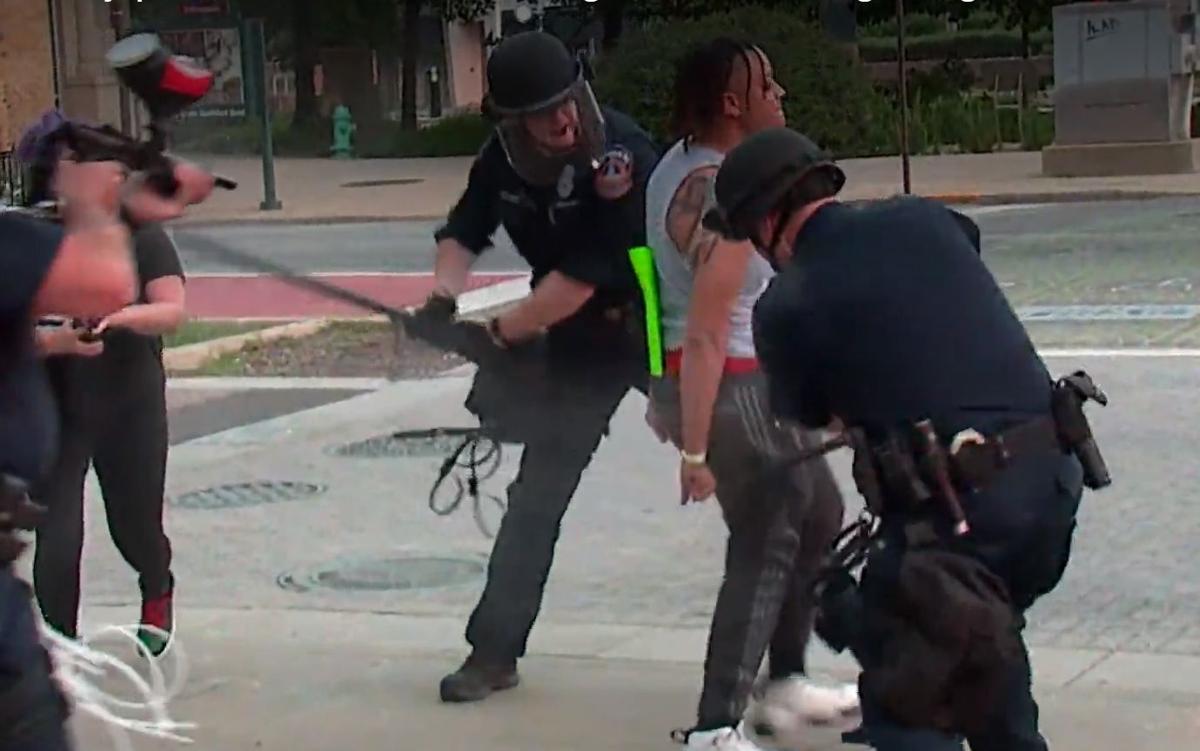 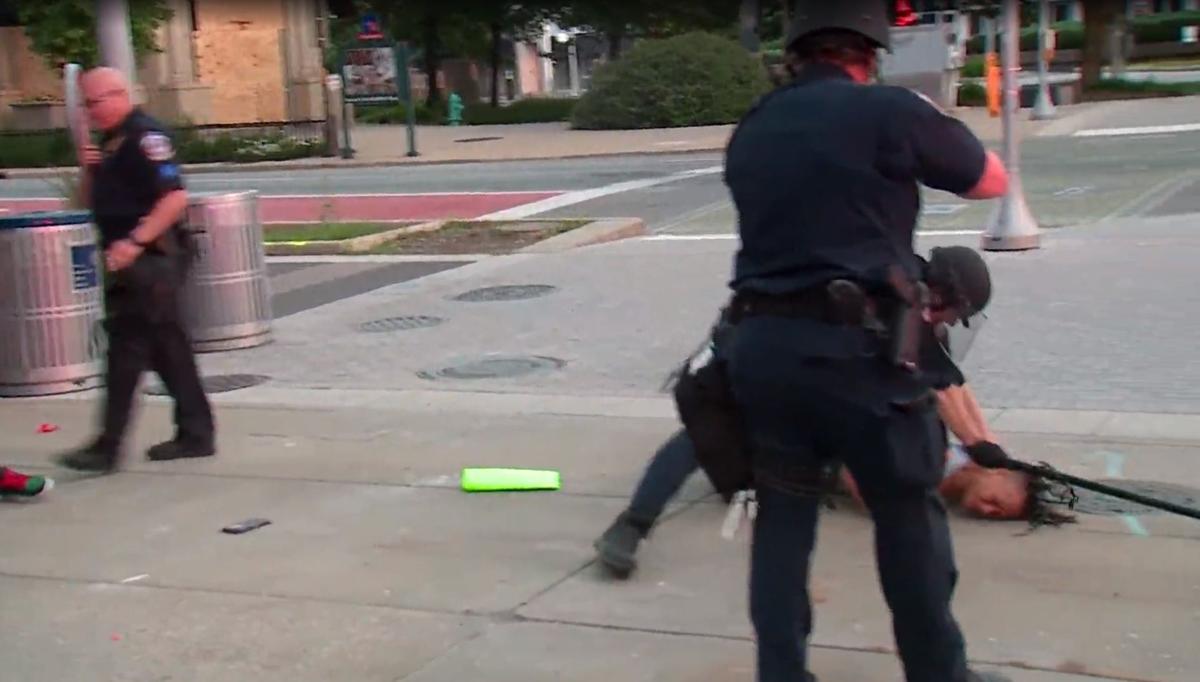 Video of the incident shows two officers on a sidewalk as they swing batons into the legs of the standing woman until she drops to a seated position and covers her head with her hands. One of the officers then approaches her from the rear, sicks his baton into her neck and uses his body weight to push her to the ground, her face hitting the pavement. Before the woman hits the ground, another officer also shoots her with non-lethal projectiles.

The video also shows an officer shoving a white woman to the pavement.

Marion County Prosecutor Ryan Mears told Fox59 he is considering excessive force charges against multiple officers and has referred the case to a detective for a criminal investigation.

“Today, first thing this morning, I met with the detective who has been assigned to that. And we’re gonna continue to follow up on that to determine if charges are appropriate,” Mears said. “Portions of this incident were captured on video, and that will certainly be part of the decision-making process as to whether or not charges are appropriate.”

Mears also said his office has filed charges against 25 people arrested for acts of violence, looting and burglary downtown between May 29-31 and is investigating several shots fired cases.

The prosecutor said he was ready to testify Wednesday evening before the City County Council’s Public Safety and Criminal Justice Committee about his decision to drop charges against dozens of people arrested downtown during the three days and nights of protests and unrest who were mostly charged with disorderly conduct or curfew violations.

Mears said his office would not prosecute arrestees who were exercising their constitutional right to assemble.

Mears said most of those arrested on suspicion of criminal violations were from Marion County, with others from across Indiana and a few from out of state.

Two people were murdered downtown during the riots. One arrest has been made.

IMPD could not be reached for comment on the investigation.