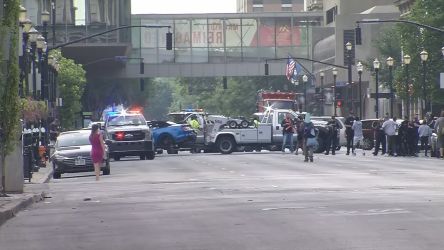 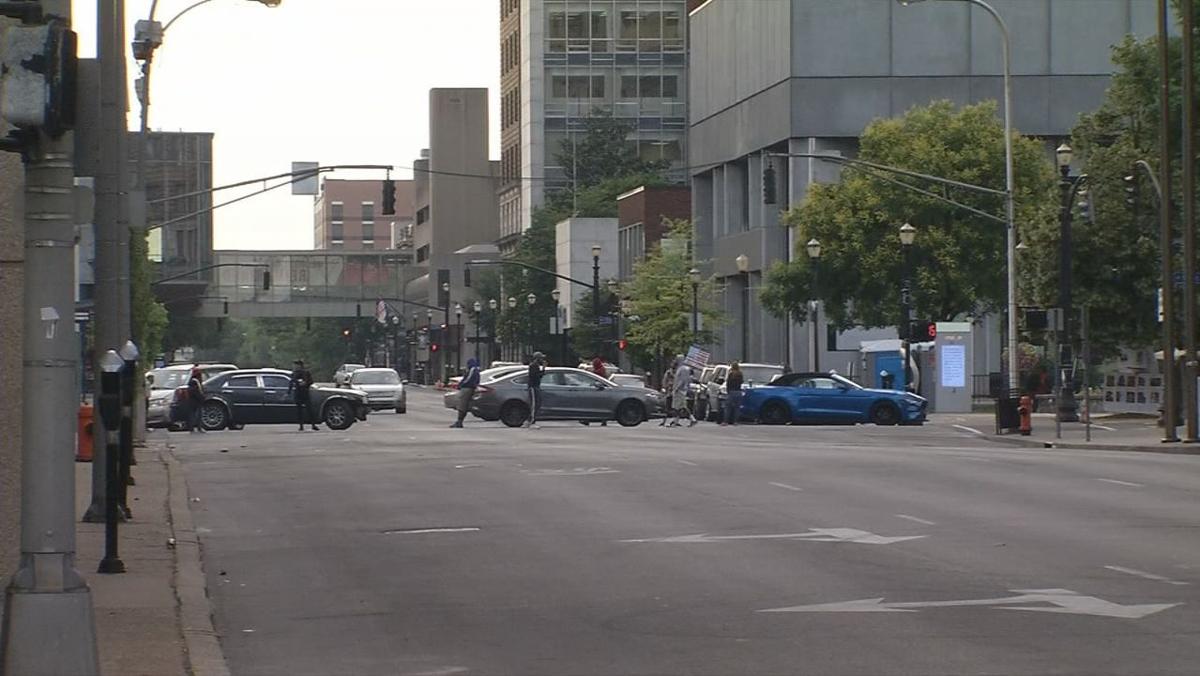 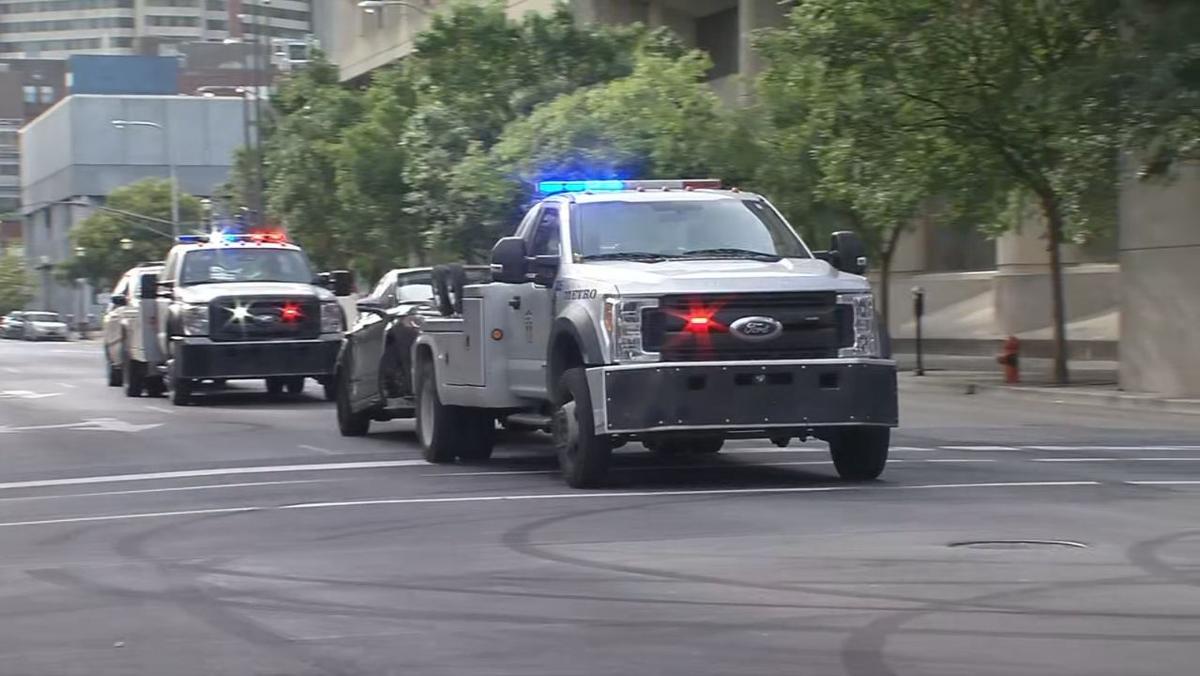 Some people even took construction signs and cones from the area and used them to block intersections around the courthouse.

Protesters also blocked downtown intersections Monday morning, but police didn't intervene until later in the evening. On Wednesday, officers began moving in with two trucks and pepper balls around 9 a.m. They began towing vehicles at Sixth and Jefferson.

Metro Councilman Anthony Piagentini was downtown during Wednesday's protests, and watched everything unfold. He says LMPD's response was warranted, but said Mayor Greg Fischer must take more action on the Breonna Taylor case.

According to LMPD spokesman Lamont Washington, police made 17 arrests when people refused to stop blocking the streets. Charges range from disorderly conduct to obstructing a highway to inciting a riot. Police also towed five vehicles and confiscated one gun.

Washington said protesters were "engaging with a car on Liberty" when the car sped off, hitting one of the protesters. Another protester pulled a gun as the car was chased. A video of the incident has been released, and police are hoping to speak with the driver of that car. If you have any information, call 574-LMPD (574-5673).

After reviewing the video, Piagentini tweeted that he believes the driver of the car that hit the protester was within his rights.

To be clear, the full video clearly shows the driver (who is African-American) was surrounded, attacked, and had a gun pulled on them. You are allowed to flee to save your life. I didn’t advocate for people to hit people. I am advocating for the protestors to obey the law. https://t.co/IZ0HuVpDBr