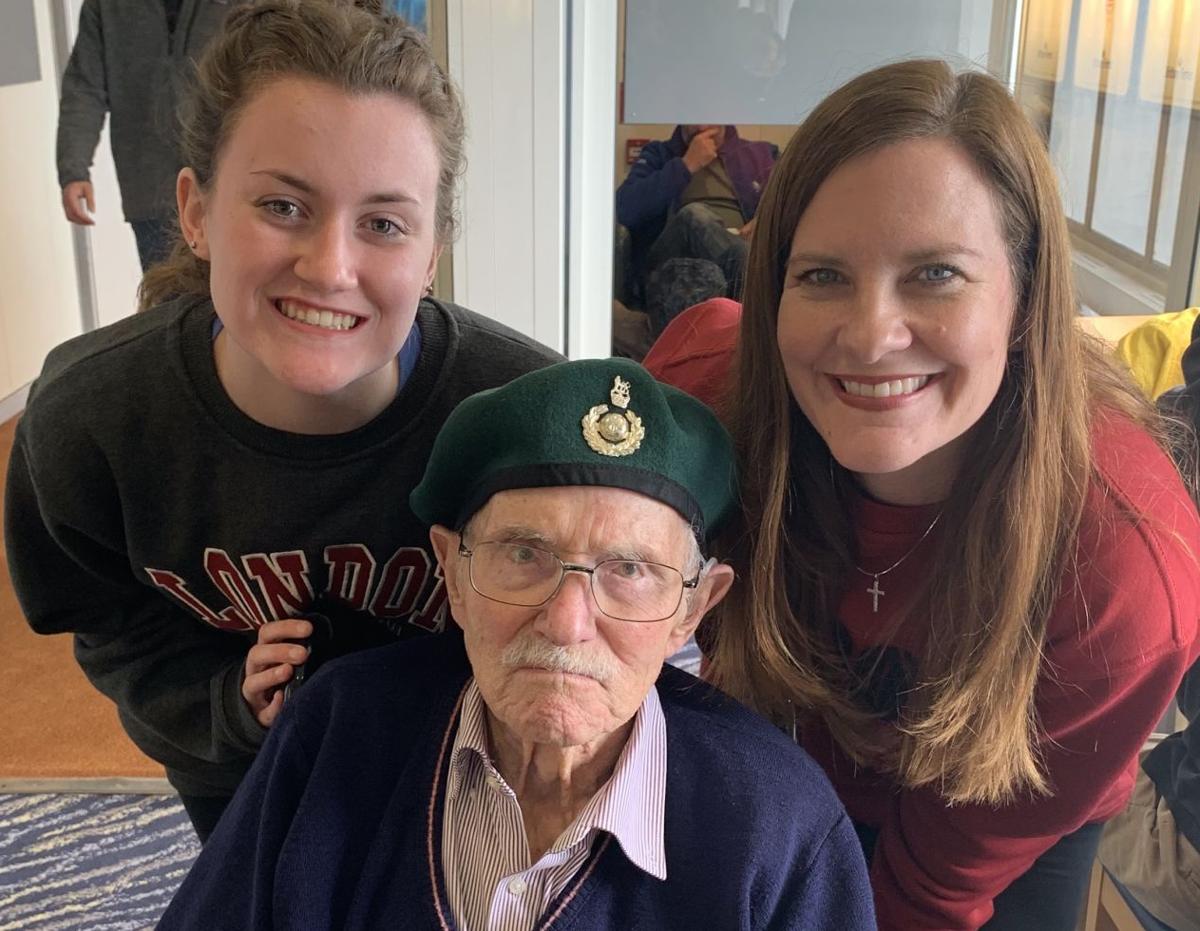 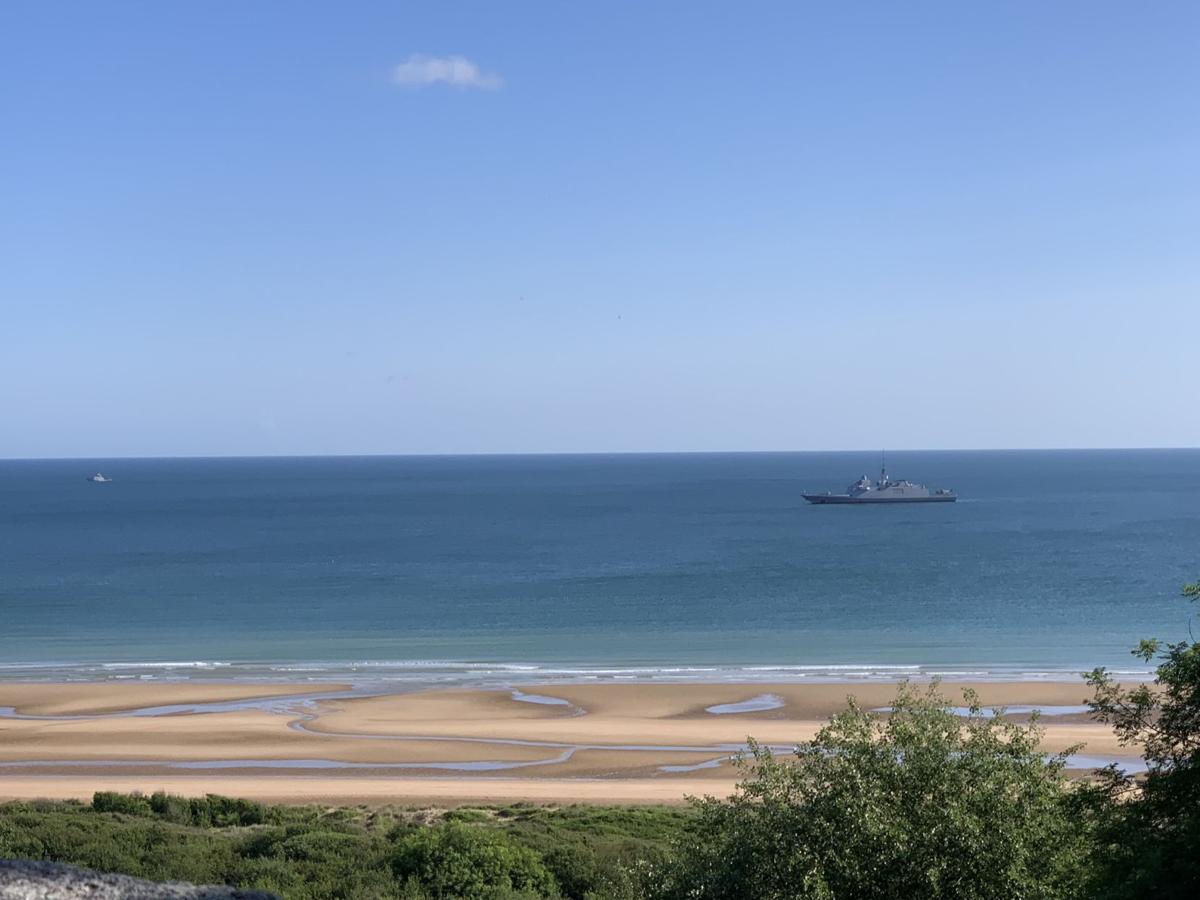 A view of a calm English Channel from Normandy. (Courtesy: Melanie Minteer) 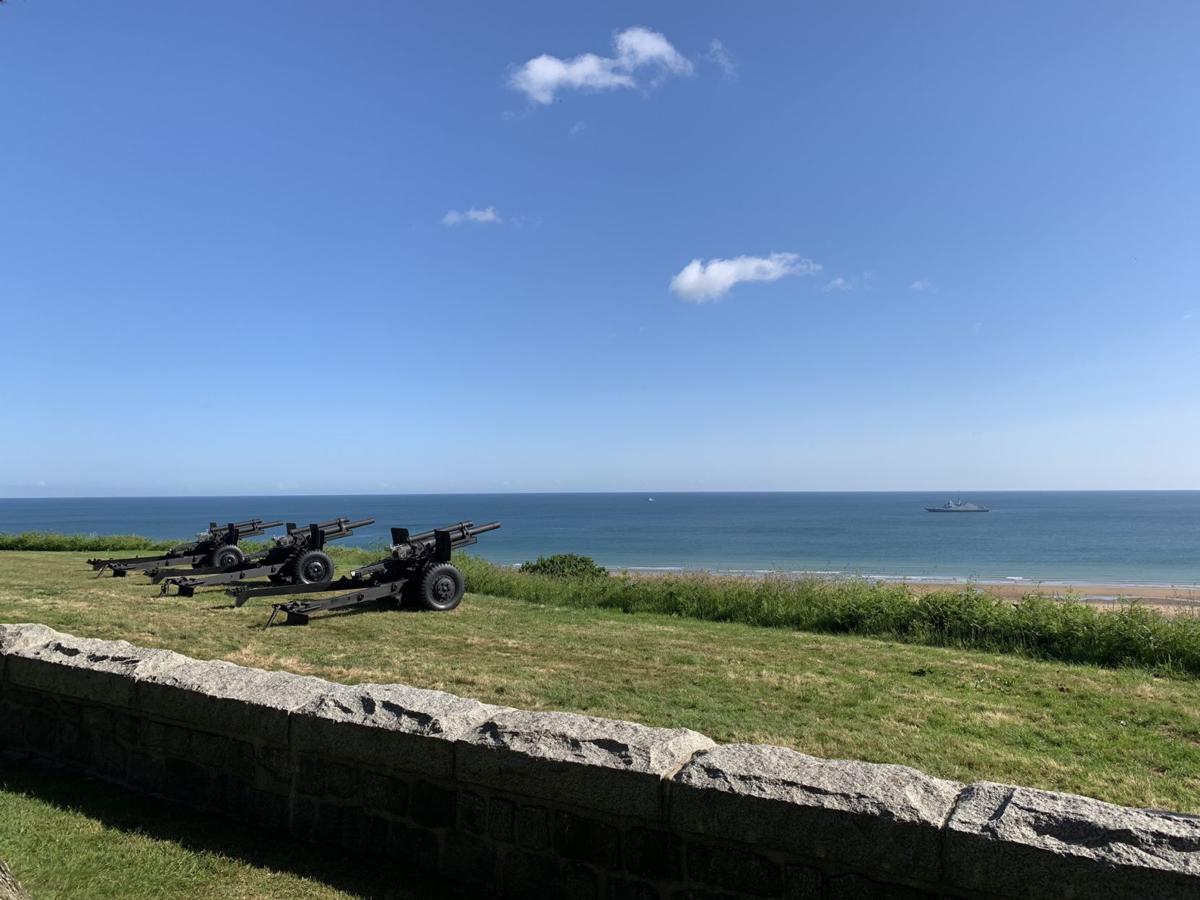 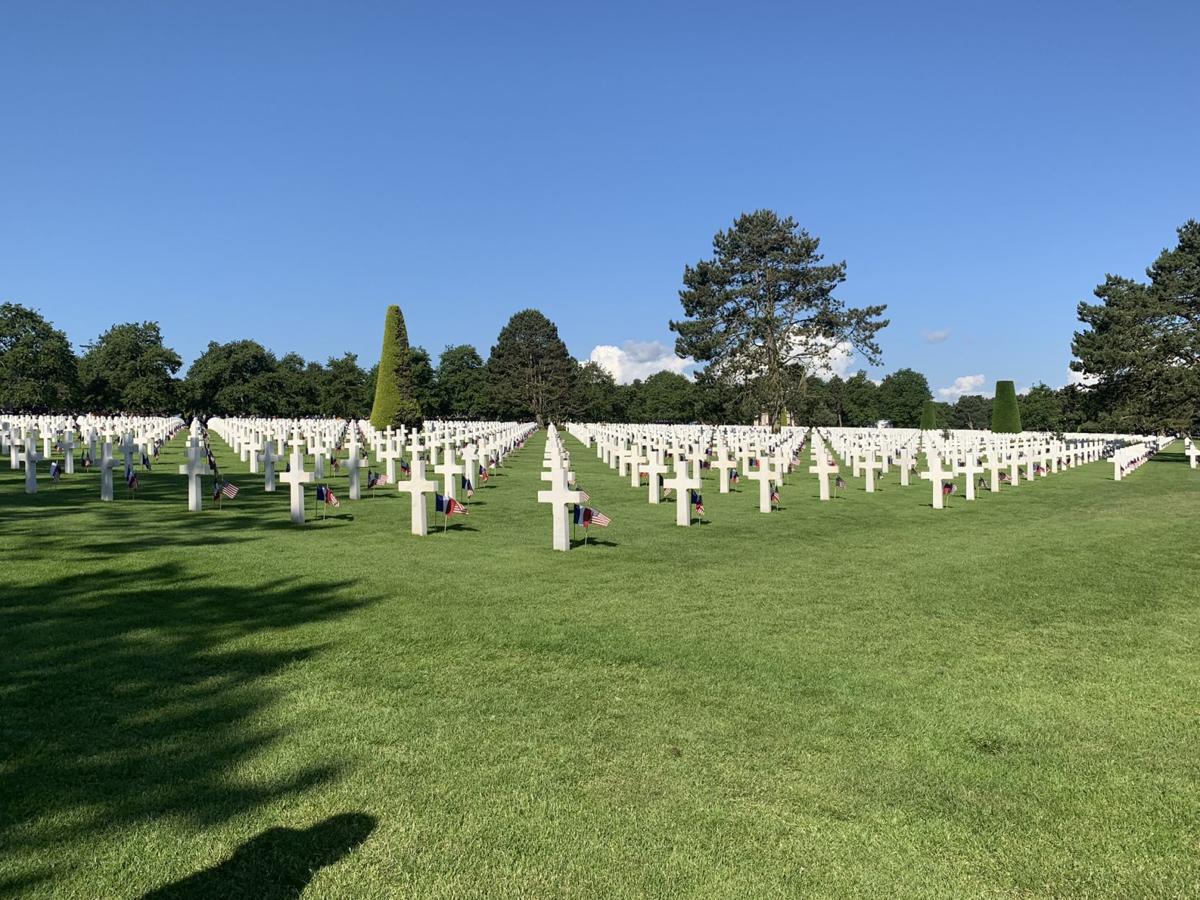 Some of the many graves at Normandy. (Courtesy: Melanie Minteer) 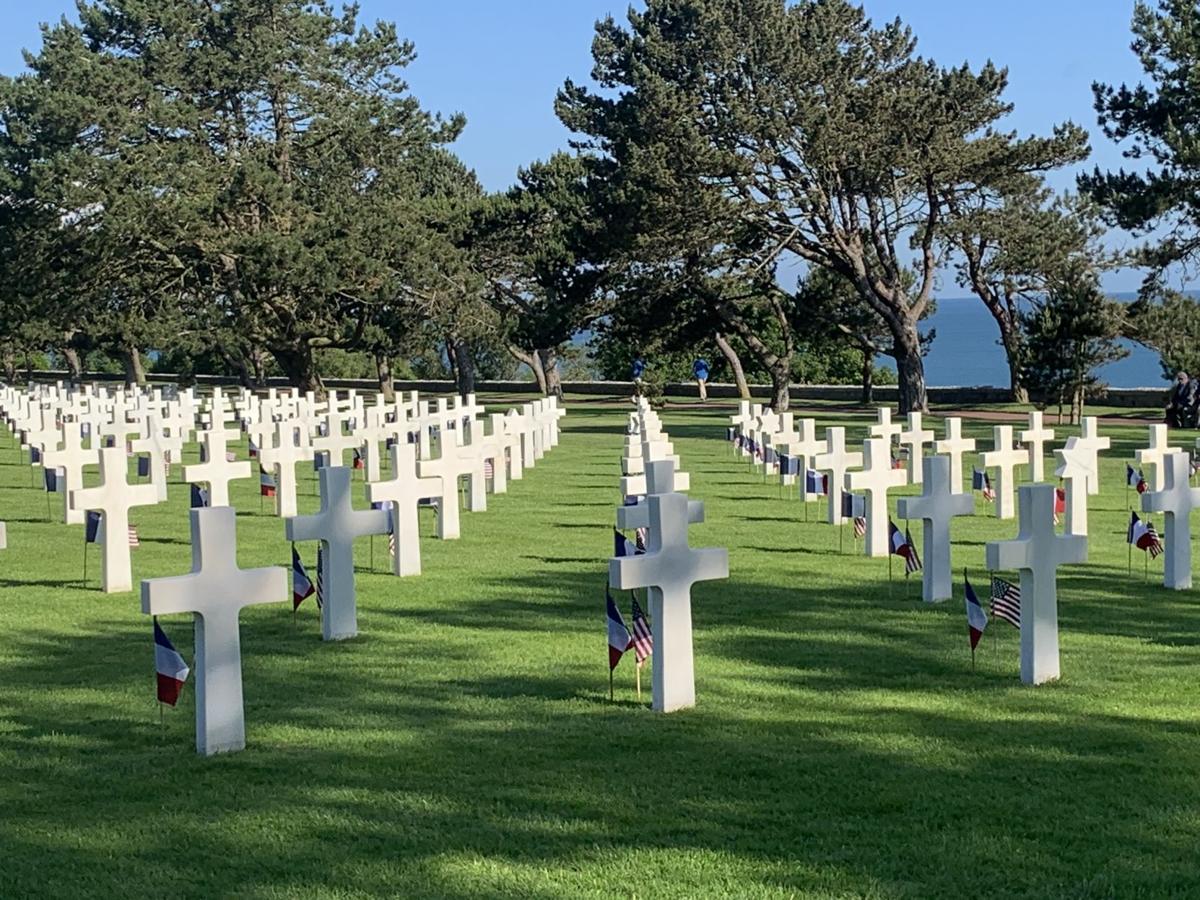 Some of the graves at Normandy. (Courtesy: Melanie Minteer) 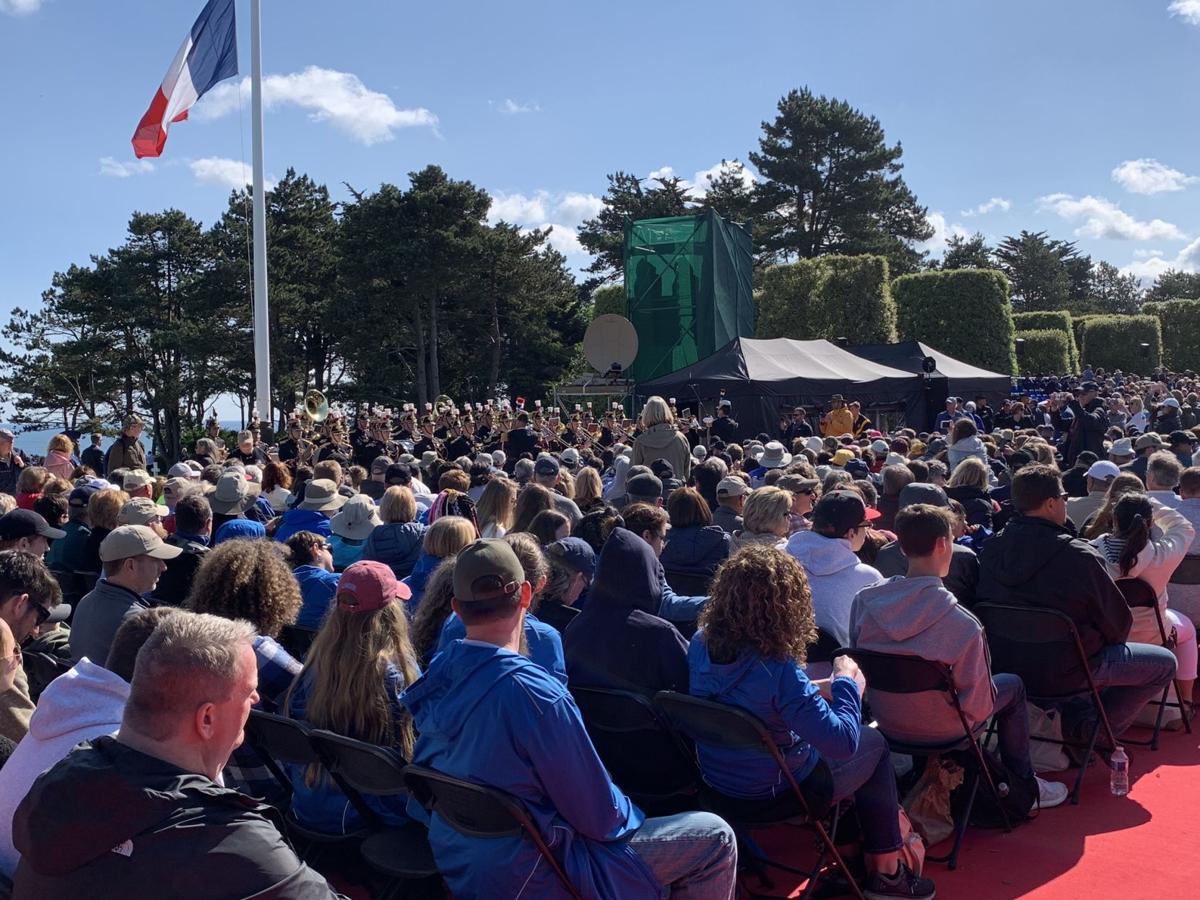 This photo shows the large crowd in attendance for the 75th anniversary ceremony. (Courtesy: Melanie Minteer) 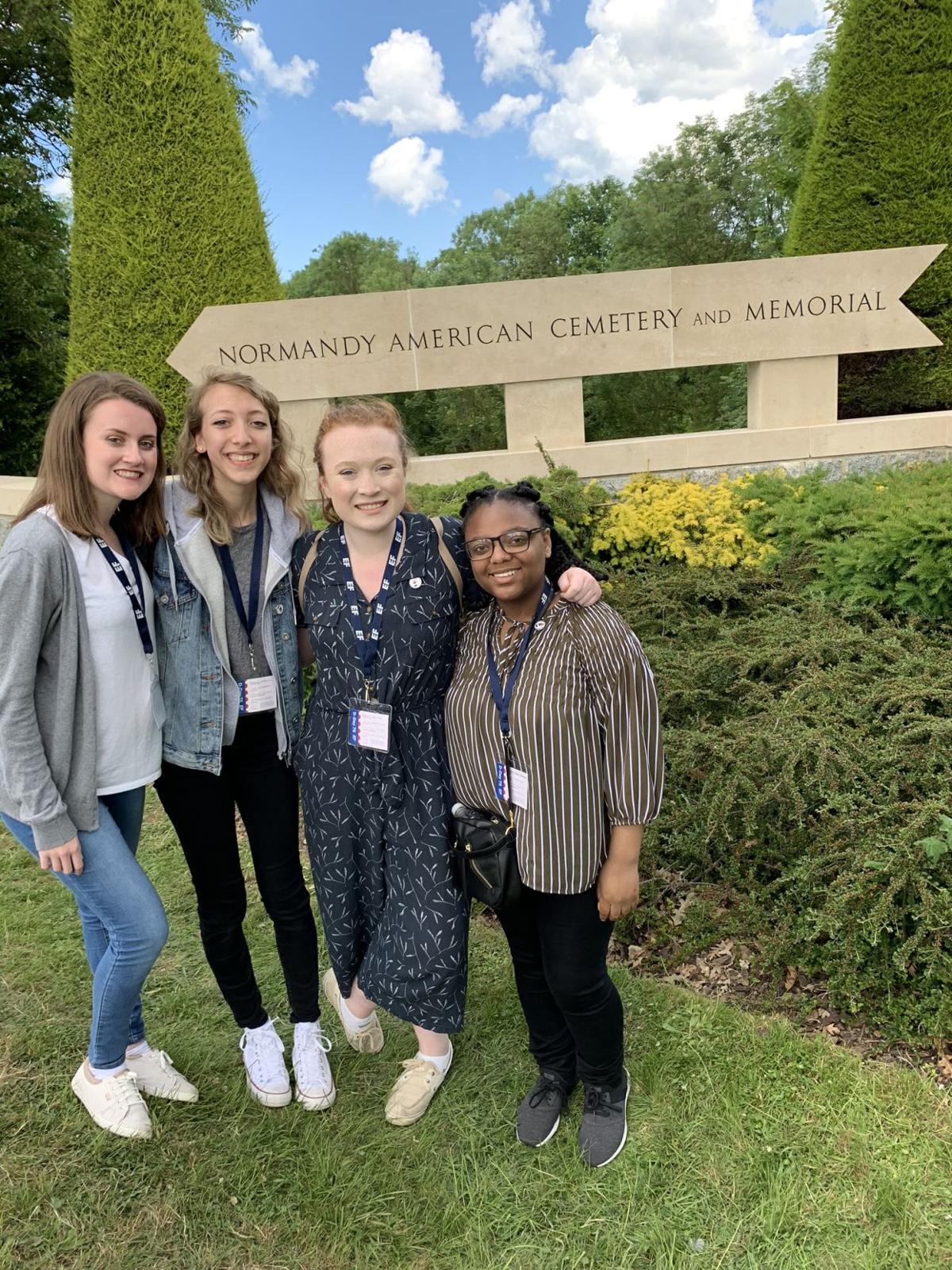 From left to right, Tori Minteer, Morgan Neavall, Devon Verret, and Demaya Oneal Skinner began in London, will spend a few days in France, travel to Belgium, see Holocaust sites in Germany, and visit other historic sites in Austria before traveling back to Louisville. (Courtesy: Melanie Minteer) 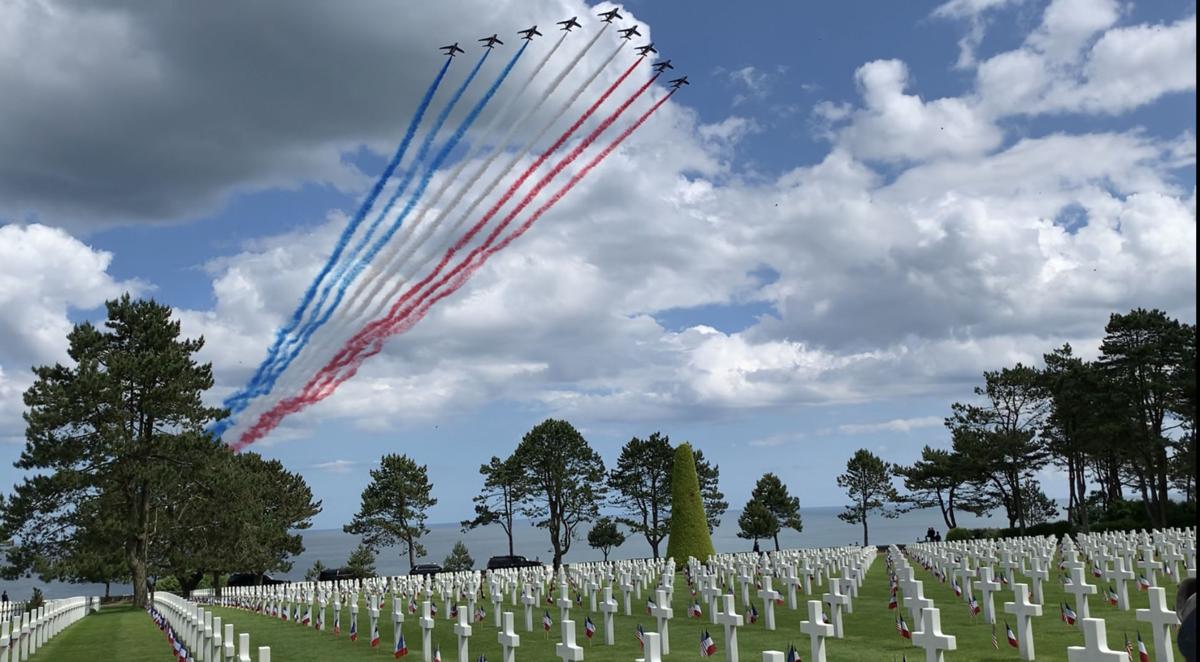 During the ceremony, a group of planes flew over the cemetery. (Courtesy: Melanie Minteer) 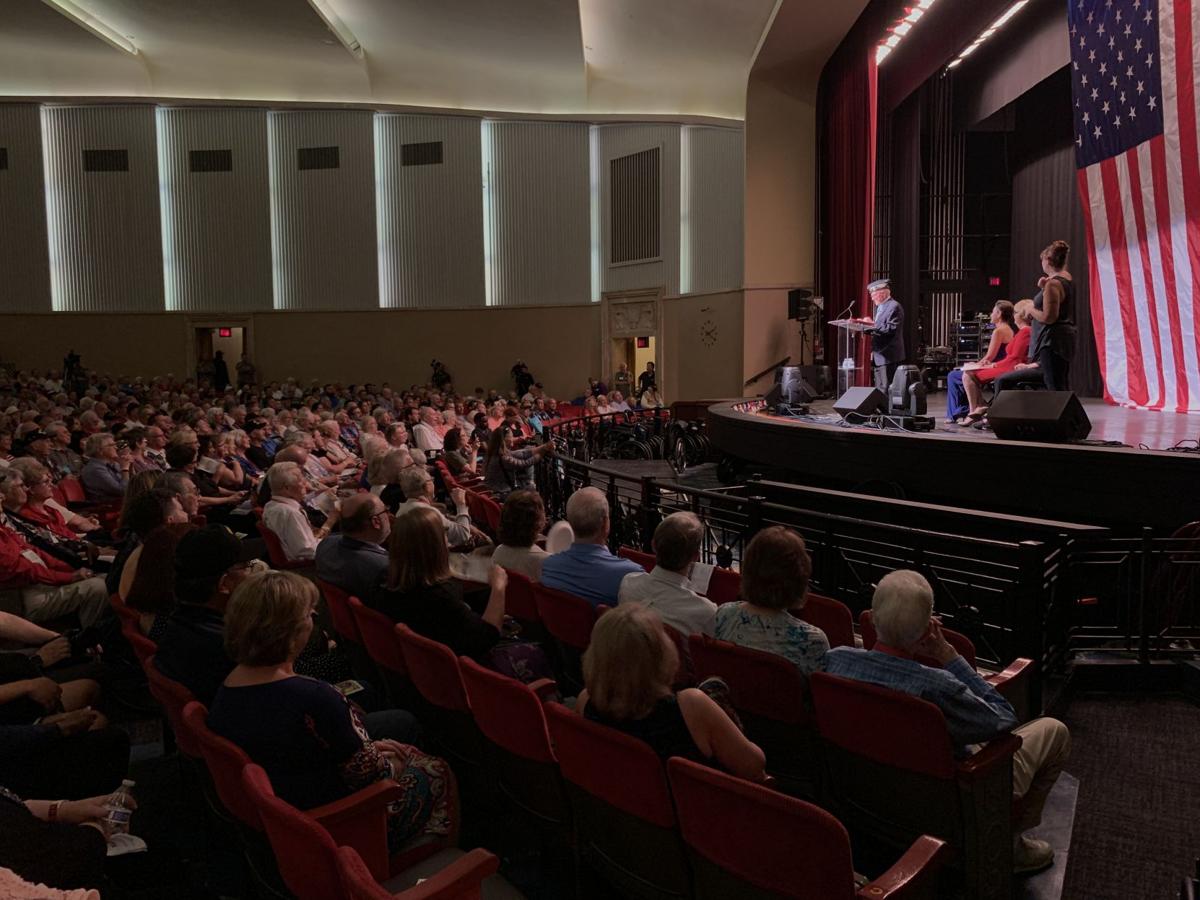 Some of the graves at Normandy. (Courtesy: Melanie Minteer)

This photo shows the large crowd in attendance for the 75th anniversary ceremony. (Courtesy: Melanie Minteer)

LOUISVILLE, Ky. (WDRB) -- Thursday evening, 98 of Kentucky's finest — and hundreds of their family members, friends, and supporters — filled the seats at Louisville Memorial Auditorium for an important reason. When they did so, it was believed to be the largest gathering of World War II veterans in state history.

"Seventy-five years ago today, it was the beginning of the end of World War II," said keynote speaker Hershel "Woody" Williams, one of the last three surviving World War II Medal of Honor recipients.

The beginning of the end Williams alluded to was the Invasion of Normandy — what's forever known as D-Day — the day young Americans and allies helped change the course of World War II.

"In our hearts, you hold a place no one can ever fill," Williams told the room.

The Medal of Honor recipient spoke to the old and the young Thursday evening.

"America is going to depend upon you just like it depended on us," Williams said to young people.

Inspired by two of their teachers to learn more about the history of World War II, the three juniors and one senior were in Normandy, France, for the 75th anniversary ceremony.

"It's almost surreal, really. It's really like a tremendous honor to represent our country," Devon Verret said. "My great uncle actually died at D-Day. He was a chaplain."

Verret, Morgan Neavall, Tori Minteer and Demaya Oneal Skinner began in London and will spend a few days in France. From there, they will travel to Belgium, see Holocaust sites in Germany and visit other historic sites in Austria before traveling back to Louisville.

Seeing the beaches of Normandy, however, has left the biggest impression so far.

"The veterans care more about like saying that the people that died are the heroes and that they were just doing their jobs and stuff," Minteer said.

"It was really emotional, and I was very honored to be there and experience that," added Skinner.

Neavall said it was quite a juxtaposition to see the beauty of Normandy while imagining what it looked like 75 years ago.

"And then, at the very end," remembered Verret, "The planes flew over. And just hearing that. You felt it. It's kind of cheesy, but it hits you in a way. And it really felt good."